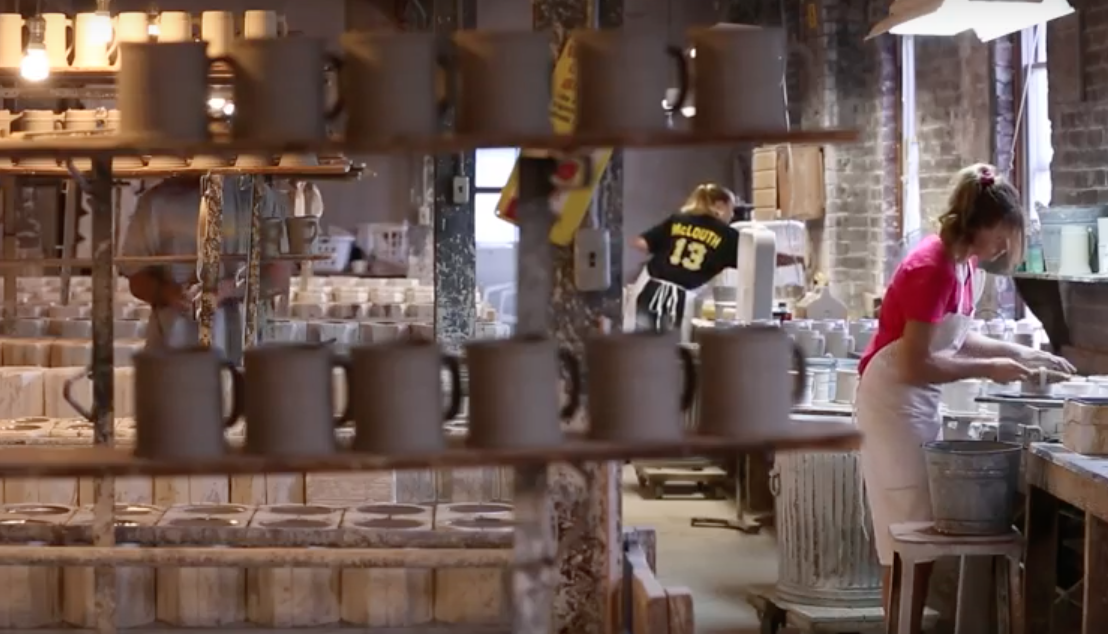 Starbucks, the mega-giant that sells overly-hyped coffees to thirsty and decaffeinated Americans everywhere is dipping its toe into Ohio jobs and investing in a craft perfected by our beloved Midwestern state.

According to the New York Times, Starbucks is attempting to revitalize American Mug and Stein, one of what used to be many companies that earned East Liverpool a long-lost recognition as the pottery capital of the nation.

Now, Starbucks will be employing American Mug to supply craft made mugs. So all those cute mugs you see at their shop or on their website will be made Ohio hands. American Mug had retained just four workers and with help from Starbucks, raised that to eight workers.

The Times does state that not all of Starbucks’ intentions are altruistic as Chinese labor that previously supplied its mugs has now become more expensive in both time and money. American Mugs delivers in four days, compared to Chinese suppliers that take at least three months.

According to the Times, Chinese suppliers can also insist on orders of thousands of mugs, requiring Starbucks to get stuck with any unsold inventory.

A victory for old manufacturing jobs in Ohio.