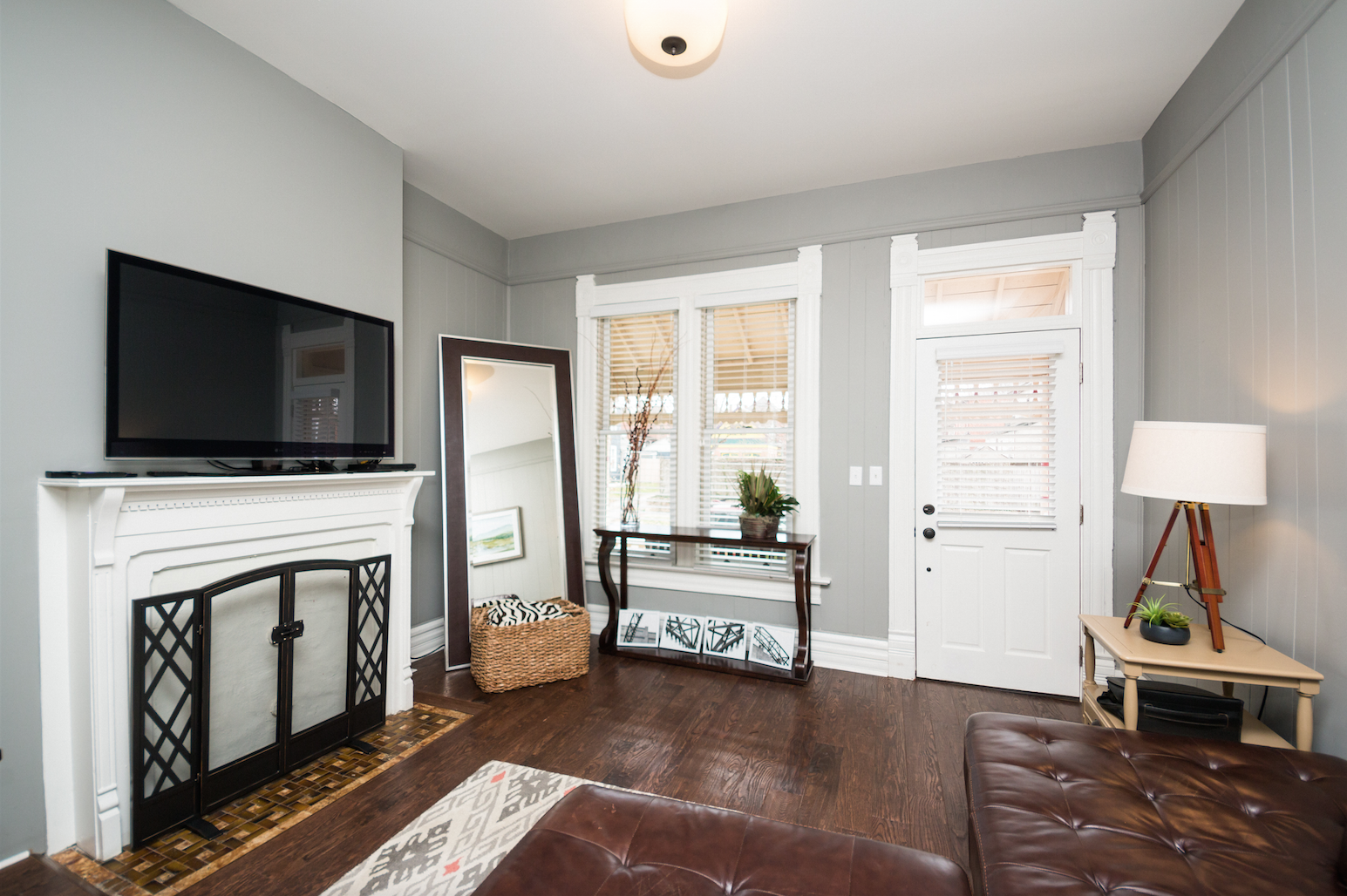 Tony Meredith is tall, striding across the dance floor in knee high boots and dressed in black. Even in my two-inch heels, I feel diminutive standing across from him. But I don’t feel intimidated. Meredith’s genuine smile, hipster glasses, and easy demeanor instantly put me in learning mode, making me forget that he’s the host of America’s Ballroom Challenge, airing on PBS later this month.

He takes my hands and brings them out to my sides as I stand with my feet closed, working to stand as poised and tall as I can, and silently swearing that no matter what happens next, I will. not. look. at my feet. Still holding my hands, he brings one arm up, drops my other hand, and places his hand underneath my shoulder blade. Boom. I’m in dance frame—the body shape required for partner dancing.

Next, Meredith talks me through the back-and-forth of a box step until we’re waltzing to Norah Jones’ “Come Away With Me.” I manage not to look at my feet, but can’t help sneaking a glimpse in the mirror, as we grip the beats of the music with movement. Finally Meredith takes me for an underarm turn, strikes a pose, bows to me, and lets it all sink in. I’ve just been led by the Hustle king.

Currently residing in Columbus, Meredith, a choreographer, professional ballroom dancer, and U.S. Professional Latin Champion, first learned to dance the Hustle in his cousin’s garage in San Diego. She was taking a dance class, wanted to look good, and needed a partner to practice with.

“In the sense of practicing with her, I did find a love for dancing,” Meredith explained. “We would go to Tijuana and we would dance all night because we weren’t 21, and I just got comfortable with leading and partnering.”

Meredith met his dance partner, Melanie LePatin, in the dance club scene in San Diego, and together they won over 100 first-place trophies, including the 1995 U.S. Professional Latin Championship. After opening and closing a studio in New York, Meredith moved back to San Diego for a while to regroup. He met up with Danceville, USA owner Keith Michael, who asked him to do some choreography, and then to stay on as the artistic director of the new studio, located in the Short North.

Changing directions is easy for Meredith, who is comfortable in the worlds of stage, film, and television, as well as teaching. He’s had feature film performances in Dance With Me, The Thomas Crown Affair, Let it Be Me, and The Last Days of Disco. He’s also been on So You Think You Can Dance and Dancing With the Stars as a judge and choreographer. While reality TV has been sometimes criticized as vulgar or exploitative, it gets a thumbs up from Meredith, who sees dance shows as a vehicle that have launched ballroom dance into public view.

In the solitary world of laptops and wi-fi, Meredith believes that social interaction of dance is even more important. “I think it’s great for people to get out and, you know, touch one another—look into someone’s eyes and have a conversation and stay focused.”

Looking back at his dance career, ranging from competition to choreographing celebrities, Meredith sees a combination of “right place, right time” opportunities and the individual drive to capitalize on those circumstances.

“There’s only two ways that things happen: Either it comes to you, or you generate it and you go out and get it,” he said. “Once the moment seized me, I would go out and seize the moment.”

Dancing involves stamina and sacrifice, but Meredith’s success has been rooted in his passion, his love for dance and creativity, and this centering of his career gives a deep integrity and personal gratification to his work.

“For me it’s really great when I’m recognized for just being true to what I do—ballroom dancing.”

Meredith will put his passion on display this month as he co-hosts PBS’s America’s Ballroom Challenge, which was filmed at the Ohio Star Ball Championships in Columbus last November. It is set to air at 9 p.m. on April 24, May 1, and May 8. For more, visit pbs.org/wgbh/ballroomchallenge.

Kick Up Your Heels