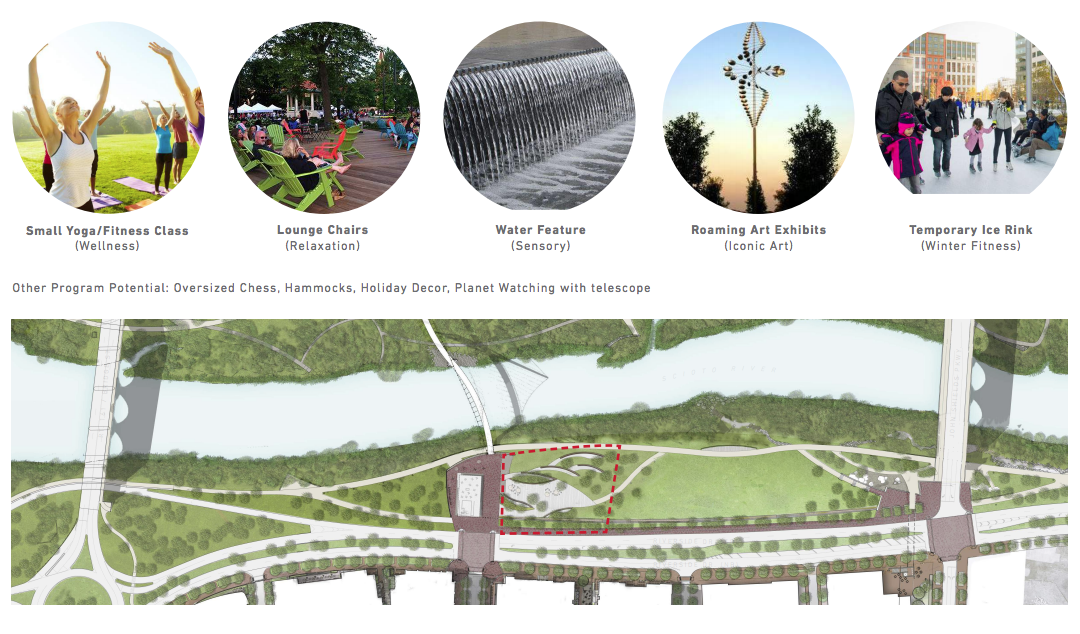 Converting Pearl Alley on campus into a retail / restaurant row

In much the same way musicians from the High Street guard of the ’90s—guys like Jim Shepard, Mike Rep, and Ron House—influenced the mid-’00s boom that included the bulk of Columbus Discount Records’ roster and heavy hitters like Times New Viking, those bands in turn, have made a direct impact on the attitudes and aesthetics seen in the Columbus underground of today.

Call it “post-shitgaze” or “Washington Beach: The Next Generation,” but The Pools, with their effortlessand ephemeral bursts of slacked guitars, oft-kilter harmonies, and rec-room bombast, sound tethered to that era and bygone scene. Listening through the first batch of demos of what will become the quartet’s debut album, there’s a rush of excitement in their spontaneity, their freshness, as if you’re a member of their secret club, getting in on the ground floor before they inevitably do blow up. It also helps that one of The Pools’ biggest proponents is Matt Horseshit of Psychedelic Horseshit, who has provided sage wisdom and his talents as a producer in guiding the young band. It was a given that Horseshit’s sonic kaleidoscopes would rub off on the recordings.

“That scene really struck a chord with me,” says guitarist Robbie Ottaviano of the members’ early days as spectators of that Washington Beach renaissance. “I loved Times New Viking and Matt and the Feelers. I’m technically not a good musician, so seeing that those bands could make great pop music and keep it in that punk mindset appealed to me.”

“There was a time when I stopped going to shows because I was so jealous of not being in one of those bands,” guitarist Ian Bates adds. “Back then you had to dig a bit to find the scene, but because of that time and those bands playing Bourbon Street every week, they definitely were building up to what we have now.”

Both Ottaviano and Bates dabbled in other outfits attempting to tap into that spirit and add to that community, but as much promise that came with the Woozies (seek them out) and most recently Les Roms, nothing stuck. Perhaps the fear of similar implosions lends to the current M.O. of The Pools, who share songwriting duties and instruments during performances. It’s not uncommon for the band to play musical chairs several times in a single set.

“We just make the music that we like to listen to, it’s as simple as that. That’s our gold standard.”

“With the lack of a drummer we get both sides,” Bates said. “Some people like how we switch roles and others tell us we need a permanent drummer in order to push our sound further. But seeing a band like Psychic Wheels do it with such a minimal set-up gave us the confidence to do it how we do now.”

Never getting too comfortable and moving forward as this democratic three-headed beast (bassistJamie Rymers is the only member who has a single job title), makes impermanence a character trait that is more clever than it is unnerving. The band is already a bit bored with the songs that will make up their debut (to be released later this year) if only because they’ve been sitting on it for several months and see the record as their foundation and not where they are headed. When I come back to the question of what that next chapter sounds like, Bates is quick to list a number of groups for which the Pools share equal love, but Ottaviano, is more reserved.

“Can I make a request that you don’t mention any of the bands that have influenced us directly,” says Ottaviano without a shred of pretention. “We just make the music that we like to listen to, it’s as simple as that. That’s our gold standard.”