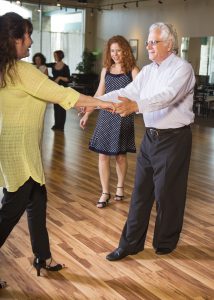 “So Long, Farewell” from SoBo Style

Stepping into Brothers Drake Meadery on a busy Friday is a unique experience for those more conditioned to the usual beer halls of Columbus. For one, it’s almost annoyingly clean and polished. The bathrooms here are gender neutral. There’s an overwhelming sweetness in the air as candles provide most of the light, and it’s the perfect environment for Sharon Udoh, who is playing solo tonight under her pseudonym Counterfeit Madison. Banging on her keyboard with the intensity of a concert pianist, she simultaneously injects a slice of funk and soul to the proceedings, all of which takes a backseat to Udoh’s devastatingly beautiful voice. As I walk in, she sounds like Nina Simone channeling Jeff Buckley with a dirty mouth—there are an amusing amount of “motherf*ckers” being hurled into the microphone.

With Udoh there’s never a compromise.

It’s that relentless passion and boundary-pushing drive that has made her a welcome anomaly on Columbus stages in the past few years since she arrived on the scene. In any guise, be it as a member of both The APES and The DewDroppers, or sitting in with Andrew Graham or Maria Levitov, she soon becomes the center of attention. But as I found out in our lengthy interview weeks later at the same bar, it’s certainly not ego that has awoken her vibrant musical spirit. Quite the opposite. As we talk about everything but music—the topics veer between race, religion, immigration, and education—I contend that Udoh is a product of the whimsical, if sometimes frustrating, world into which she’s immersed herself. Forget about breaking the mold. For Udoh, there never was a mold.

In an interview this year you said, “The reason I’m not a 32-year-old woman in a straightjacket is because I play music.” Is that something you can elaborate upon? I am a black gay woman in America, and this world is not made for a black gay woman. It’s not made for blacks, gays, or women. I’m not saying I feel oppressed by that every day—it’s just a fact. I also am, according to the Myers-Briggs personality test, an INFJ, which is an “introverted, intuitive, feeling, judger.” That type makes up only 3 percent of the population. On top of that I’m a first-generation American. On top of that I have synesthesia [a condition in which the stimulation of one sense triggers another]. On top of that I have perfect pitch. It’s like I’m a pretty unique person, but on top of all that, I spent 25 years in church that repressed me terribly. So I just have to process and grow out of a lot, and music has been with me the entire time and has really taught me about who I am.

Have the last 12 months, in which it appears you are more confident than ever with your musical persona, changed your thoughts on that sentiment? Are you more comfortable? I’m always more comfortable and less comfortable because I’m always changing. For example, the gay part of my life is only six months old, so I’m just now trying to figure that out. Everything seems unfamiliar for me. The last five years of my life I just keep on stumbling into experiences. I was a kitchen manager who never went to culinary school, a teacher without a day of training, a church accompanist who never went to music school. It’s like I do all these things I’m not supposed to be doing. When I think of how privileged I am to be doing all of these things, it makes me want to kill myself. I can’t believe that I’m doing all of these things. But the reason I’m not insane is all because of music…though I do actually believe I’m insane.

For the next 10 minutes or so there’s a long back and forth about the origins of Udoh’s sound and how she arrived at such a polyglot of musical genres, tones, rhythms, and vocal cadences. The topic returns to her upbringing and her earliest days “training” at church. Music has always been in the family and in Udoh’s life. By the age of three, she was adopting into her style what she learned from watching her mother and sister practice on a Casio T-57. At six, she went through the advanced “pedagogy” of music-learning, winding through classical and jazz, and ending up as a soloist at her “Pentacostol-ish, non-denominational” church every Sunday for the next two decades. Her talent, though, never left the sanctuary of those walls in that entire span. The move to start playing with others in the secular world of bars and coffee shops was a freeing moment.

Were you writing your own songs from the beginning? I wrote songs about Jesus and shit. They were kind of corny, but I really remember that was when I developed my sense of harmony and melody. They’re just little ditties, but they were heavily modeled after stuff I was doing in church.

So when did you finally make the decision to step out of church in Cincinnati and play in a club? Was that something that was frowned upon? Even though a lot of that place almost scarred me for life, playing at church really gave me a really honest perspective on music. For so many years I was playing for God and with people. There’s a very communal aspect to that. It’s not “me versus you,” instead it’s more “us.” I’ve been coming out little by little with my own name on the Internet because I now have a church community that supports me.

And when you did arrive in Columbus, being indoctrinated in this music scene, did you ever encounter any discrimination or hardships considering what you were doing on stage was so different from the average stream of white-guy indie rock? There’s something about me that makes dudes ignore the fact that I’m a girl, and it’s not something I concern myself with.  I’m not screaming, “Hey see me as a girl.” A lot of times guys will make weird dude jokes at me and I have to remind them. It’s just really sweet here actually. I love white dudes. I love having brothers.

You’re in so many different bands and collaborating with so many different people it’s hard to keep track. Do you ever think that you spread yourself thin or is it more rewarding to work with others? There are weekends here when I don’t play a show. If I was doing that I would be spreading myself thin. But it’s more rewarding definitely. I need all of those things in my life. There’s just something so bombastic about playing with The Dewdroppers, something so tribal and raw about The APES, and something so funky about Andrew Graham, and then there’s something so unabashedly myself about my own project.

I feel like, at least for me, there was a learning curve when appreciating what you do as a musician. What you do live is not typical and is on an emotional level few are ready to witness. How did you arrive playing the type of music you play? There’s something that happened to me on the night of April 27, of 2013 when shit got real.

Udoh checks the calendar on her phone to verify the date and then takes an unusually long pause where I’m imagining she’s playing back a photographic memory to relive exactly what happened. In a eureka moment she finally yells out…

I know what happened.

Let me tell you what happened. So I grew up a Christian and I still am a Christian. I say that Christianity is my default, but I’m not that person who is sitting around praying for all of my friends to be saved. As a Christian person, when you grow up, you develop this sense that you have to be nice to everyone because you are supposed to have that light in you. Something happened inside of me that told me I don’t want to have to always try to be the nicest person. I’d rather try to be the most genuine person instead. Sometimes that means I’m a total bitch, sometimes it means I feel insane. Whatever that means, I want that to be genuine. When I made that shift, my music started to change, because it was this real, raw display of what was actually going on inside of me. I feel that’s why my music is the meat of the chicken. There’s absolutely no pretense. I gave myself no permission to ever pretend again—with anything in my life. I’ve never thought about that until just now. Something turned on in me and it has never turned off. I don’t want to be nice—I want to be genuine.

When I ask about goals beyond the present, Udoh seems bent to get out on the road like many musicians in Columbus, but most of all she wants to focus on being an educator. Since accepting a job with the Arts and College Preparatory Academy, where she works as an after-school mentor teaching piano and voice, she has realized her one true calling. It’s not so much sharing her gift with students—that’s a given—but more a desire to reach out to kids going through the same issues that confronted Udoh in her youth. Our interview takes place the night after the decision in Ferguson, and we all know how that turned out. The conversation turns to a rhapsody Udoh unleashed on her Facebook page that morning about the results, and in typical Udoh fashion, she debates both sides but ends her whole tirade with the line, “Can one hope? I’ll hope until I die.”

What was it like talking with your students today about what happened in Ferguson? I’ve been trying to tell a lot of kids—a lot of black kids at my school—that you can choose to be bitter about how this world wasn’t made for you, or since this world wasn’t made for you, you can make your own world and invite people into it. That’s what I’ve chosen to do. So I have this world where pure expression is key. There’s all this music that I really love and can’t live without. I’m always going to express [myself] like an African woman in America. I like that I’m indefinable; it allows me to go in any direction I want and allows others to take me to different places. It’s whatever I feel at the moment. I can’t ever concentrate on just one thing. I want to absorb it all. It’s hard to keep focus, but it’s a wild ride.