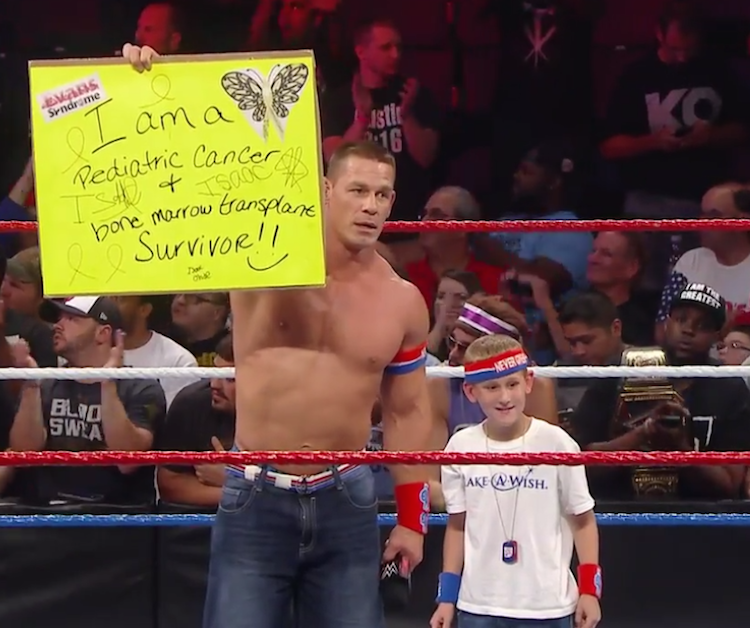 When WWE Superstar wrestler John Cena spotted a sign in the front row of the crowd at Nationwide Arena, he leapt off the ring to investigate, and returned with a young boy in tow.

The boy’s sign read: “I am a pediatric cancer + bone marrow transplant survivor!!”

“Every one in a while we get to roll into town, and we get to meet some truly extraordinary folks–I mean true warriors,” Cena said on the mic, before flashing the sign to the cheers of the crowd. “I always preach the motto ‘never give up.’ It’s one thing to talk about it, but it’s another thing to do it.”

Holding up the boy’s hand, Cena announced his victory over cancer and helped him lead the crowd through a series of cheers during the Columbus stop.

Cena has a history of philanthropy, especially through the Make-A-Wish Foundation, where he holds the record for the largest number of wishes granted–over 500.

Watch a video of Cena and the young survivor below!