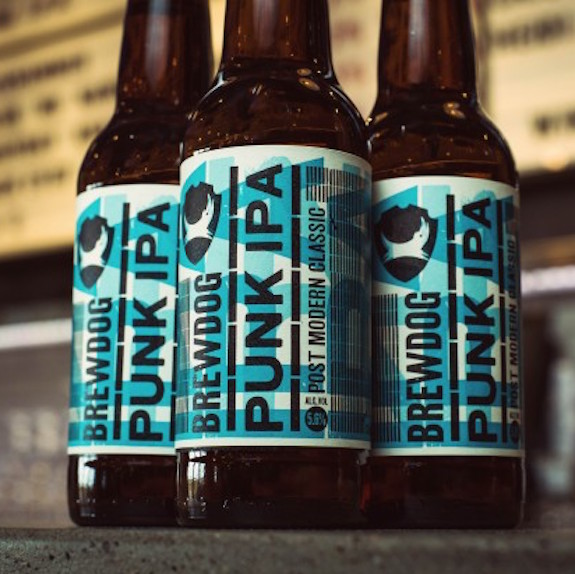 Right now BrewDog is the number one craft brewer in the United Kingdom, but the brewer’s new $30 million plant in Canal Winchester, Ohio is set to be even bigger than the one across the pond.

Once the massive brewery is completed, the Scotland-based brewer will sell its beer in 20 states before expanding its operation to all 50 states and Canada.

According to BrewDog’s plans, it expects to produce 1.5 million barrels of beer a year. That’s more beer than every other brewer in Ohio.

And interestingly enough, the capital to enact such ambitious plans isn’t all coming from huge investors. Instead, BrewDog is entrusting some $50 million of its US operation to crowdfunders in its “Equity for Punks” crowdfunding-stock plan (see article below).

For all we know, this sort of business model might be the start of a BrewDog takeover of Ohio craft beer.

In any case, having the principle brewery in Canal Winchester is bound to be positive for Ohio’s economy–and hopefully it will produce some refreshing and delicious products as well.

Scotland-based craft brewer BrewDog announced that its “Equity for Punks” crowdfunding plan is coming to the U.S. just months ahead of the opening of its $30 million U.S. headquarters, to be located in Canal Winchester.

Though details about the exact nature of the plan have not been released, if it looks anything like the European version, it seems like a novel twist on the crowdfunding craze.

Essentially, the “Equity for Punks” plan is to allow consumers to buy shares in the company which are traded through a company website rather than an actual stock exchange.

In addition, European investors have received perks such as discounts on beer and a small amount of “beer bucks,” which can be spent online.

The minimum investment in the European version is two shares, which cost £135, or about $190.