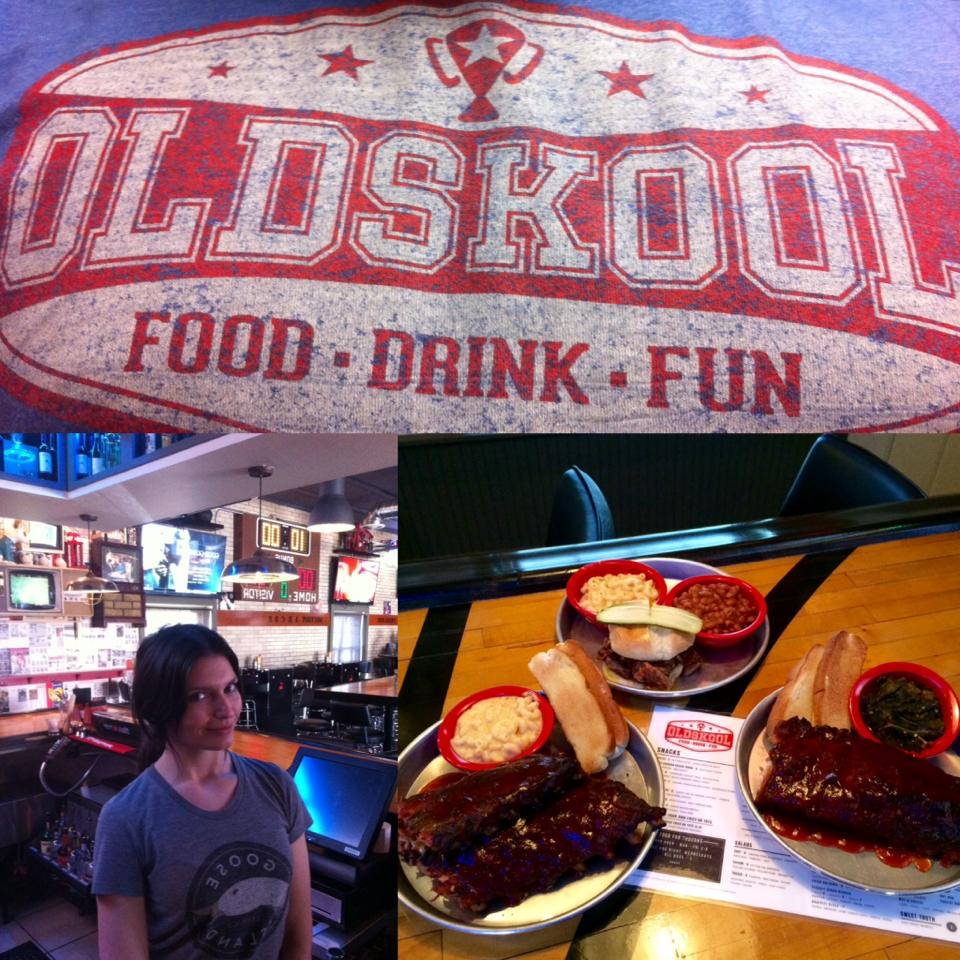 When Old Skool opened, the newest restaurant by George Tanchveski, restaurateur of Aladdin’s and was the man behind Short North’s legendary La Fogata — but despite his resume people weren’t sure how the 80’s nostalgia vibe was going to pan out. Was society really ready to remember leg warmers, Cyndi Lauper, and the “Brat Pack” movie crew? No one had the answer, except George.

Their menu is extensively 80’s with hotdogs called, “Fleetwood Mac” — “Pork & Mindy” and our favorite, The Bufford “Mad Dog” Tannen, a reference to the third sequel to Back to the Future. Wow. They go a step further with their drinks, offering references that’ll charm the pants off most movie loving nerds and geeks, and offer a tinge of nostalgia to all those rose-colored glasses wearing people who need a nostalgia fix.

According to many regulars, their wings are very legit as well — and coming from someone who has actually eaten them, I will agree. I crave on and day-to-day basis (that’s bordering on unhealthy) their Smoked & Grilled Wings with their Evil Dead Buffalo sauce. It’s to die for, and it makes sense considering the name of the sauce — go for bleu cheese if you want the real-deal experience.

They recently served Bomb Popsicle cocktails, they’ve got references to Pac-man and as Happy Hour deals as there are minutes in a Genesis song. (Which is to say, a lot.) 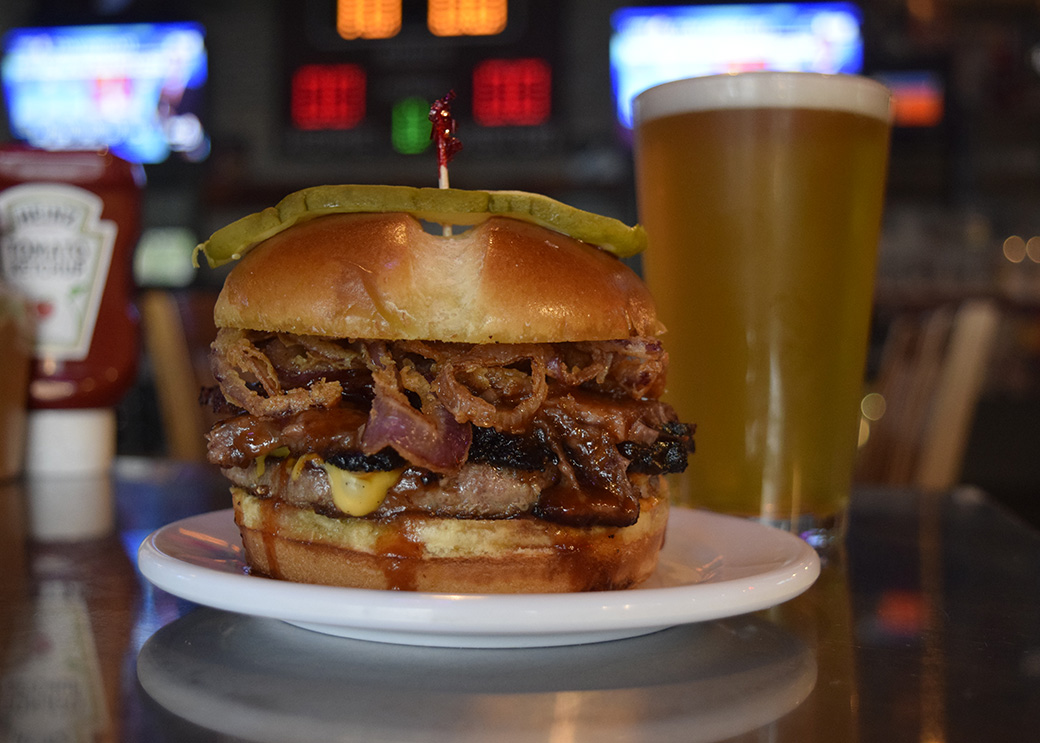 Old Skool happens to participating in Burger & Beer Week and looks to “Wow!” their customers with a $6 burger surprise. It’ll surely be tasty, with a Quarter Pound all-beef patty with melted American cheese and slow smoked beef brisket, tossed in a honey chipotle BBQ, topped with ale washed onion straws and chipotle ranch on a brioche bun.

Is this what a throwback burger looks like?  The neon laced decadence of the 1980’s offers many excuses to pile on the ingredients, but Old Skool takes it to a new level. We can’t wait to wait to send this thing to our thunderdomes (stomachs) — They’ll also have $3 drafts of CBC and Seventh Son.

You can catch Old Skool and other burger and beer gurus September 19-24th.

Burger and Beer Week, September 19-24th. 75 brands (91 locations) are offering up $6 one-of-a-kind burgers paired with craft beer from 4 local breweries all benefiting one local charity, Pets without Parents. See what we did there? 6-1-4

Details on the charity: For every B&B Week photo tagged #EAT614 on Insta that week B&B Week will donate $1 to Pets without Parents.

More details about the event are at eat614.com