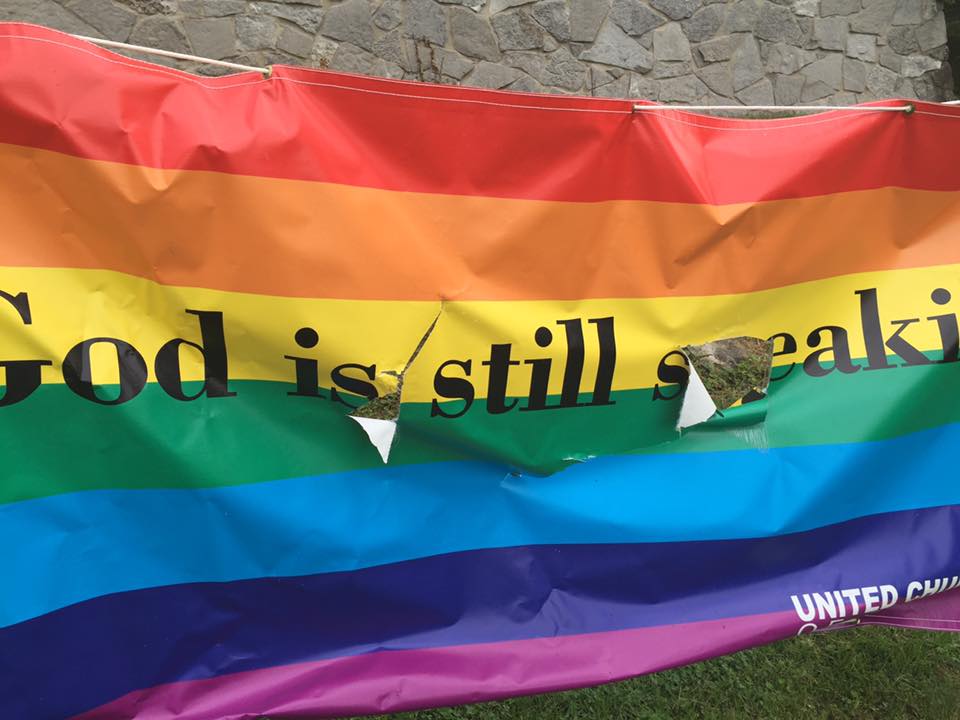 There is Plenty to do on Tuesday in Columbus

A Chillicothe Church was vandalized after head pastor, Terry William, spoke in favor of an LGBT non-discrimination ordinance . The vandals destroyed an LGBT banner hanging in the front of the church’s property.

In the wake of the destruction, a Columbus congregation presented the church with a new LGBT banner.

“We aren’t going to be scared and frightened and intimidated into not living our faith,” Pastor Terry Williams said to 10tv. “We knew that there were a lot of voices in the community that don’t agree with us, but we were very sad that someone would take that action.”

Despite being gifted a new banner, the congregation will repair the old, stitching it back together to bring to the next public discussion on the non-discrimination ordinance.

“Bless this sign and this message that can never be torn from our hearts,” Pastor Williams said.

The next public meeting on the LGBT non-discrimination ordinance is set for August 29th.