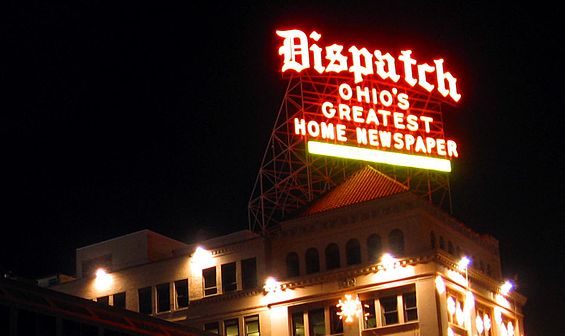 According to Tom Knox of Bizjournals, the Columbus Dispatch employees will again be faced with a troubling decision and an even murkier future ahead of more layoffs and severances.

The Dispatch which had around 800 workers at midyear sent out letters to employees on Tuesday with an Aug. 29th deadline to accept a severance offer.

The letter from GateHouse CEO Kirk Davis outlined that their performance has “improved and outperformed our industry peers.” Regardless, he expects to see a drop in revenue and looks to “align our expenses accordingly.” This is an alarming sentiment when one takes into account The Dispatch is likely one of GateHouse Media’s top publications outside of their largest market, Boston.

The severance package features one week of pay for every year on the job, up to 13 weeks. The employees who’ve been with the company for 20 or more years would get 17 weeks of pay. This is in comparison to an original severance package that was offered in August 2015 which was capped at 26 weeks. A dramatic difference but one should be aware that in Ohio, severance packages aren’t mandatory as we are an at-will employee state.

Following the initial cuts in August, GateHouse revealed plans to cut costs by $10M in the following two years.

All this news falls on the back of a rough past few years for The Dispatch & GateHouse Media in terms of stability.  This past year saw the original owners, The Wolfe family, selling the paper for $47M, an initial cut of 20+ newsroom employees, Editor Ben Marrison leaving and following that the copy and design being outsourced to Texas.

For the GateHouse Media, impending doom has been on the forecast since a Chapter 11 Bankruptcy in 2013 which listed a debt of $1.3 billion. This was all prior to GateHouse’s purchase of The Columbus Dispatch at $47M. Since their bankruptcy, they’ve grown far larger – adding onto what was then a modest 78 daily newspapers in 21 states, according to the company’s website circa 2013.

The Dispatch wasn’t the only newspaper to be offered buyouts ahead of these potential layoffs and while we don’t know the others, GateHouse Media now claims to have over 520 “markets” across 35 states.

Even when the state mandate requiring facial covering expires, Franklin County residents will still need to mask up.

The Franklin County Board of Health released an emergency order on Tuesday that says regardless of the county’s COVID-19 emergency rating, the mask mandate will stay in effect for Franklin County residents until otherwise noted.

Gov. Mike DeWine said the state mandate requiring facial coverings for all counties at a Level 3 emergency would no longer be in place if local cases decreased, and Franklin County was downgraded in the state’s emergency rating accordingly.

This past Tuesday, the Columbus City Council passed an ordinance that would require a mask in most public settings or non-compliers will face a $25 fine. The new ordinance began with an executive order the Thursday prior, but at that time no fine was attached as a penalty for skipping the mask.

How do you feel about the handling of the mask mandates? Who should have the final say? Sound off below!

Columbus City Councilmember and Chair of the Criminal Justice Committee Shayla Favor held an informative and at times eye-opening public hearing regarding the expansion of hate group affiliation background checks.

Although no legislation was announced during the discussion, the point of the meeting was to have educational and collaborative conversations with experts in the field of systematic racism, psychology, and policing. Favor did mention that legislation defining more strict background checks for police officers potentially in hate groups or possibly affiliating with those groups would be drafted by the end of the month.

At the time of publication, Columbus City Council couldn’t say if a Columbus police officer was affiliated with a hate group.

During the discussion, bits of historical facts and information were inserted giving a more robust understanding to the context of the topic. For example, there are 1,000 to 1,100 hate groups in the United States that we’re able to identify, according to Jefferies. Jefferies also pointed out that there is less concern about the number of members, and more concern about the number of supporters.

He also mentioned that in the 1960s, police would post ads to recruit Southern-minded people to become police officers in Chicago and Los Angeles. Jefferies did acknowledge that being a police officer is the hardest job of any street bureaucrat because they see the worst of the human condition.

The current screening process of the CPD, as it pertains to hate group affiliation, was presented by Blunt. This is what it looks like::

With that being known, there are definitely improvements to be made in how the CPD does intensive background checks when it comes to hate group affiliation. By the end of July, the Columbus City Council hopes to have legislation drafted on hate-group screening.

After eight shootings this weekend Mayor Andrew J. Ginther gathered with city officials at the Point of Pride building on Monday afternoon to discuss the alarming uptick in neighborhood violence and how the city is going to address it.

The eight shootings over the weekend involved 10 people. Three people all under the age of 26 were murdered in the shootings, the youngest being 15-year-old Marcus Peters.

Since June 1, five teenagers between the ages of 14 and 17 have been killed due to gun violence, while 14 others were critically injured.

“This problem belongs to each and every one of us, and we must bring all of our resources together to address what is happening in our community,” said Ginther.

Some of the suggestions that Ginther mentioned to solving gun violence issues in Columbus included finding productive opportunities for youth during this time and taking illegal guns off the streets.