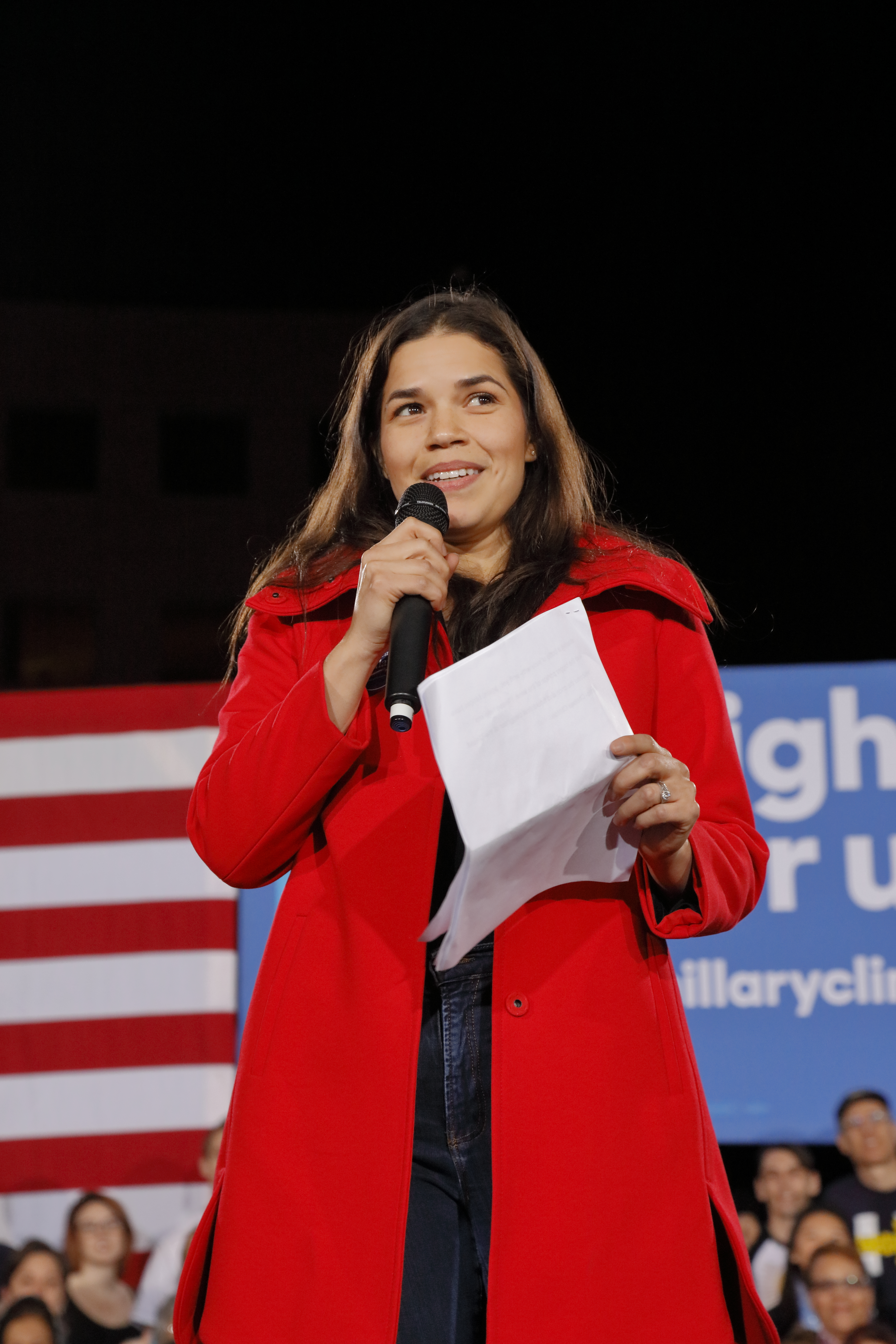 An important figure in the Latino entertainment community, and an advocate for voter registration, America Ferrera campaigned in Hillary Clinton’s stead at OSU last week to talk about the importance of voting in Ohio, according to The Lantern.

This visit in front of the Ohio Democratic Party in the Gateway kicked off her voter registration campaign trail. Ferrera wanted to stress the importance of making a choice in this year’s election and said not voting left the choice of the U.S.’s future in someone else’s hands, according to the Lantern.

Ferrera also discussed how instrumental this election is to the Latino community, and how current political rhetoric about immigrants and minorities affects them.

According to the Ohio Latino Affairs Commission, there are 199, 000 Latinos in Ohio that are eligible to vote.

After her speech, she and her supporters marched down North High Street to the Ohio Union holding signs that said, “Love Trumps Hate” and chanted “I believe that she [Clinton] will win,” as they entered the the Union, according to the Lantern.

To register to vote, you can visit the Election Assistance Commission. They have voting registration forms in English, Spanish, and Chinese, among other languages.