What kangaroos can teach you about focus 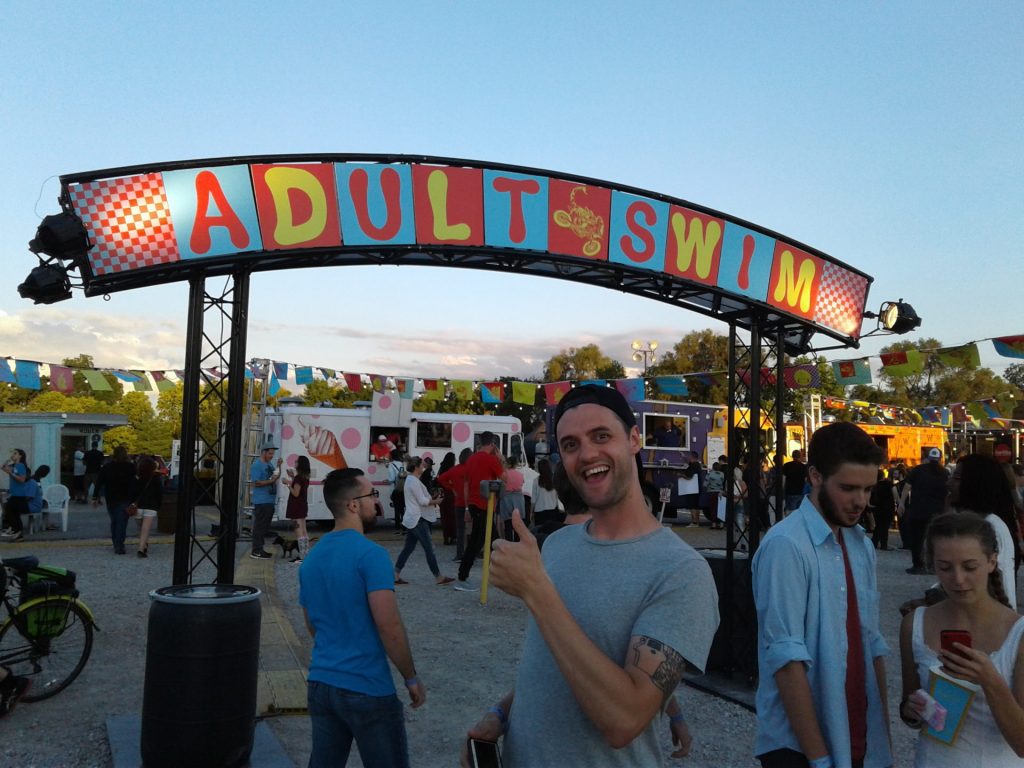 The South Drive-in could be the best event space in all of Columbus, it is big and spacious with two giant screens to showcase their movies. The sound system is legit, but still worn in so it feels like the Drive-In you always wanted to go to as a kid but for some reason couldn’t. The smell of popcorn and candy wafts through the air and whenever you’re tired you can kick back the lever on your car seat and really get into the movie — by taking a little cat nap.

I’ve been attending the South Drive-In for many years now, and lately it has been my exclusive stop for summer blockbusters. There’s something truly enchanting watching these big, popcorn movies on a screen under the open sky. Sure, it’s not as clear as HD Cinemas these days, and the sound can get a bit funky if your car doesn’t have the best antenna but again, part of the experience.

You must then understand my absolute excitement when Adult Swim announced they’d be taking their Drive-In tour to Columbus, showcasing some of their unseen pilots, strange concoctions and bizarre DIY shows that’s become ever present in their brand. I managed to get in last night amid the shuffle and chaos of honking cars and backed up traffic — a nightmare for any commuter on Columbus’s southside.

Well, how was the experience? To be short, it was a damn good time. The feeling that night was a shared and kindred, we were all there to watch some weird live-action shorts and unaired cartoons. My press contacts were strict on not spoiling what was actually aired since they have some upcoming shows that they want to keep a surprise. So let’s talk about what I experienced. 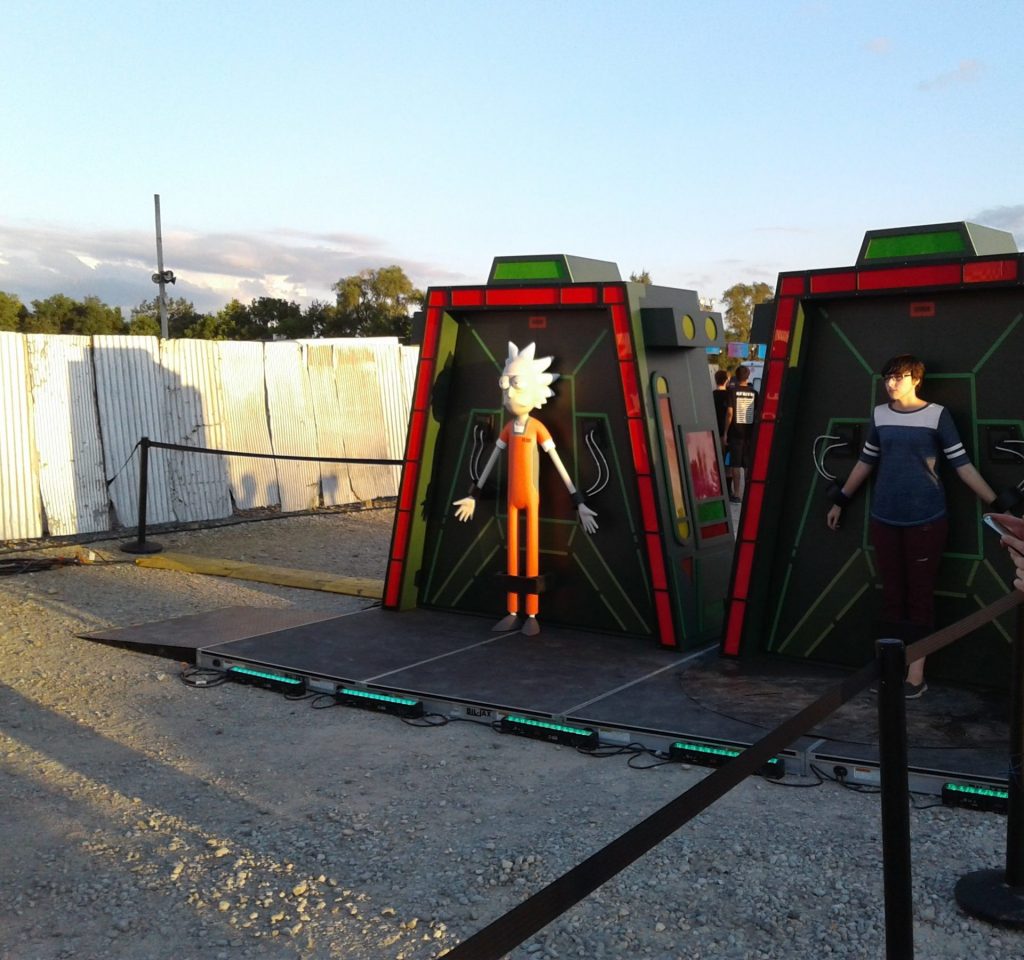 One of the first things was this hilarious Rick & Morty photobooth, where you can take a picture alongside Rick in his space prison costume.

We watched the fans pile in and out of the photo “booth” each brimming with nerd joy. The line wasn’t too long and it moved pretty fast, although that might not be the case in other cities.

Further past the photo booth where the lines of Food Trucks waiting eagerly to prey on the hungry masses. The lines were long, but to help out — Adult Swim offered a complimentary popcorn, but the bags were tiny.

Luckily when I set up on the lawn in front of the main screen, I’d come prepared with a litany of snack, including wings and chips. #cameprepared

Prior to the show they had a pretty standard trivia set up, and some nice #chillwave music that put the vibe just right for the rest of the night. Kind of weird, very relaxed and incredible funny. They told us to turn off our phones as the show started or else be removed — they weren’t kidding about keeping their programming under wraps. The temperature dropped but the lights and sounds from South Drive-In’s iconic big screen kept us warm as we guffawed the night away.

What I saw on that screen is ultimately secret but — if and when Adult Swim comes back to Columbus or if you’ve managed to catch this review outside of the (614) I highly recommend you attend if you’re a fan of their programming. It was really special they decided to bring this experiment to Columbus and I can’t wait to see if they’ll do it again.