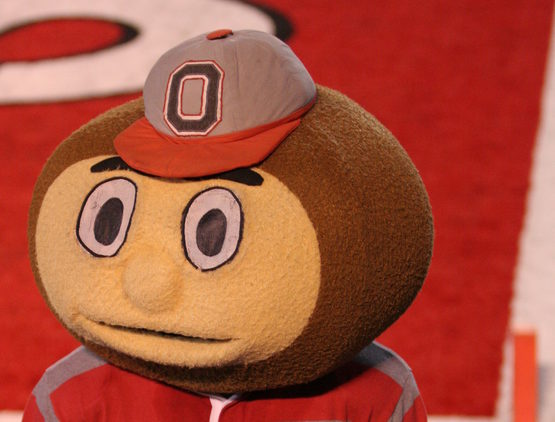 CBUS Startup — Aunt Flow — Wants to Talk About Your Periods

What in the hell, Ohio State? Excuse my millennial french but why are you being such a fuckboy. Changes at OSU have been all over the news in the past few weeks and in this student’s opinion, it’s really bad press. Like, really bad.

Here’s what’s been popping off with the Buckeyes:

So what, you’re going to take all the extra dough we fork over as dedicated fans and students; the pennies and dimes saved from eliminating teacher salaries to dig a bog in the middle of campus? Woo, I felt my blood pressure going up a little bit there…Let me slow it down.

But why was there any speculation to begin with? It’s not like OSU is strapped for cash, right? Wrong. Turns out, the English Department dropped the ball a while ago and now finds themselves in a pickle of monumental proportion. A few years ago, they were relying on a 2 percent tuition increase to help lessen their budget deficit. Unfortunately for them but fortunately for us students, that increase didn’t happen. Now, because the English Department was “skating too close on the edge” when anticipating that increase, the deficit has risen. Budget cuts are in order.

If I were running this university, I would scrape some money off the top of the athletic budget — you know, the part that goes towards paying for the athletes’ hover boards or whatever — and bail out the English Department. I know they screwed the pooch by hinging the future of the department on something they thought might happen but I think teaching young professionals the proper use of “whom” is more important than our precious athletes gliding around on campus sidewalks all day.

Speaking of sports…The only crime Ohio State football fans have ever committed is adoring and supporting the Buckeyes too much. Are you really going to take advantage of their years and years of unconditional loyalty by raising ticket prices? You know we’ll pay for the jacked up tickets but why toy with the very people who make each game possible?

And finally as far as the Mirror Lake renovations go to abolish the annual jump, I am 100% on board. While I may have made some unforgettable memories (some are buried in my drunken subconscious), the tradition begged for disaster and unfortunately, it finally came. The jump needed to end.

However, If the university is gung-ho with replacing the shitty little pond with another, even shittier pond, does it really require $6 mil?? C’mon! Give me a jackhammer to break up the cement, some cattails, loads of tadpoles and presto, I’ve made you the swamp and the difference is, I don’t need $6 million to do it. I only need a bottle of Tito’s and a Domino’s pizza as compensation.

I came to this university because I was stoked to be a part of the pounding legacy, to claim the shining Block O moniker as my own, to proudly sing the alma mater every chance I got. But Ohio State, you’ve become the most “unequal university” in the United States according this report. Between 2010 and 2012 it paid its president, Gordon Gee, a total of almost $6 million, while raising tuition and fees so much that student debt grew 23 percent faster than the national average.

So if you’re aiming to be the big kid on the playground who takes the lunch money from all the weaker kids who just want to be your friend, bravo! You’re doing a real bang up job!

[Editor’s Note] To clarify, At OSU, none of the student fees, taxes or tuition are used to subsidize the school’s 36 varsity sports according to the Dayton Daily News. The OSU athletic department does give money to the academic side — as it generates a surplus, but being non-profit requires it to pay for itself before it can give back — this includes coach salaries, operational costs and player scholarships.