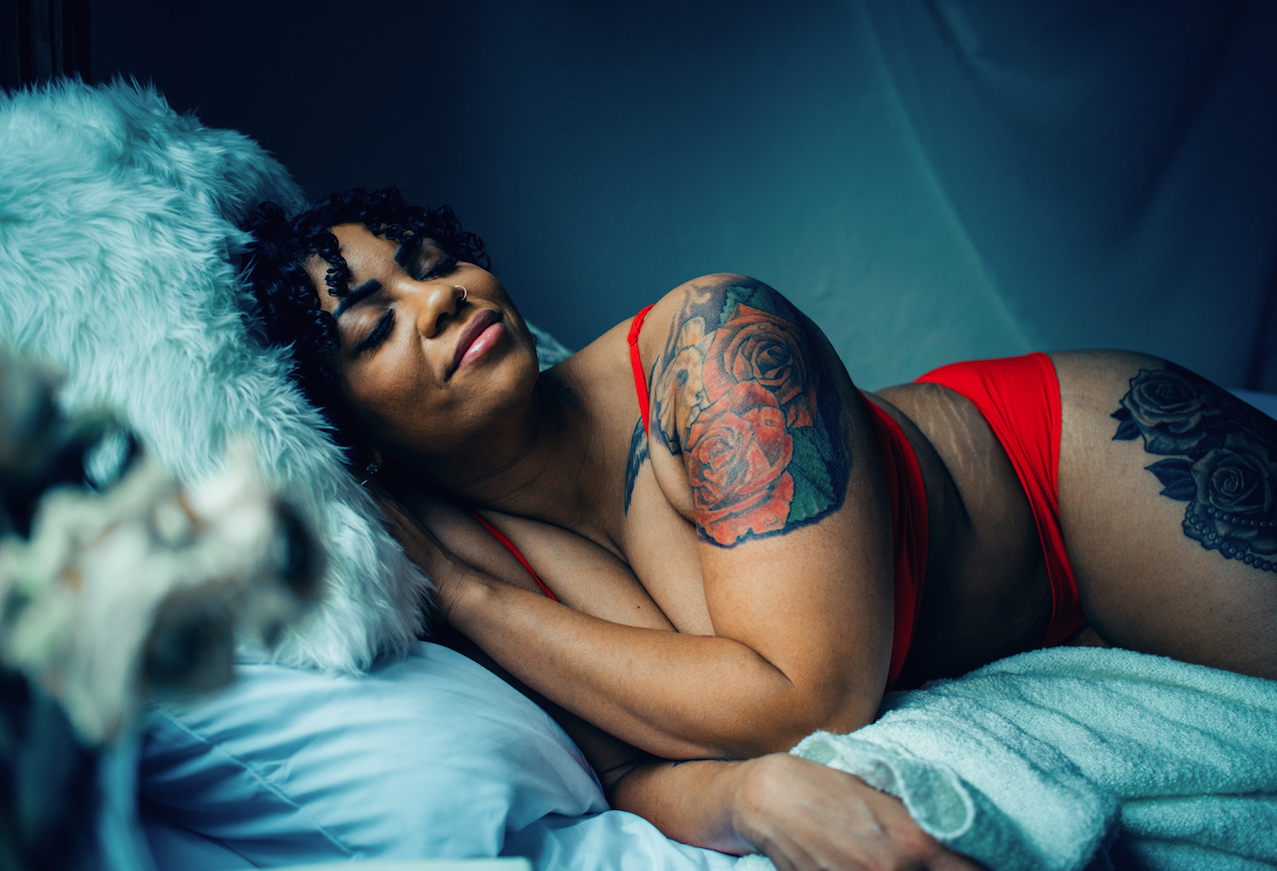 What’s in a name? For Columbus’s didi, it carries quite a lot of cachet. The path to giving the quartet a moniker was just as much of a panoply of creative inspiration as their music suggests. It started with guitarist and vocalist Meg Zakany suggesting the name based simply on aesthetics and the syllabic repetition—a lowercased nod to e. e. cummings or an endless chant. The cosmos aligned when bassist Leslie Shimizu revealed that didi was how she addressed her beloved grandmother. Further research will tell you didi is also Hindu for “sister” and “younger brother” in Chinese. It makes complete sense, as didi commiserate as a non-nuclear family both on stage and in conversation.

It’s that same familial confluence of four distinct personalities (including guitarist Kevin Bilapka-Arbelaez and drummer Shenna McGrath) that formed their blissfully shoegazing sound. Though didi’s origins start at VVK, a campus house that hosts a bevy of under-the-radar shows with the splintering handful of other trenchant and spartan bands, they abandoned their punk sound in favor of a particularly nostalgic ‘90s vibe. Think The Breeders doing a prismatic deconstruction of Sonic Youth’s Daydream Nation.

“When I was first in college all I listened to was punk,” says Zakany. “But eventually it became unlistenable. I was disinterested. I gravitated back to that moment in high school where you were discovering things and researching bands and finding who you are. Those ‘90s alternative bands were the ones that I really connected with, where I know every word.”

“Still a lot of people call it post-pop,” says McGrath, attempting to describe the songs of didi’s self-titled debut. “I’m not even sure what that means exactly, or if it’s a thing. I guess post-anything is a thing these days. We’re definitely post-irony.”

“Post-everything” might be the best signifier. didi is a group that you stumble upon by accident and instantly fall in love with. You want to keep it like a secret and never try to paint the sound into a corner. Visit their Bandcamp page and you’ll see a number of out-there tags—from “teacher bop” to “brunette swing,” or “massage metal” and “pix-gazi.” Melodies exist but take linear routes around the squall of distorted, angular guitars. It’s all a noisy foil to the melancholic hues that lurk in the center of the music.

“Our songs are very personal—they are not sing-alongs,” says Bilapka-Arbelaez. “This is the poppiest thing I’ve ever done, and in a way, putting all of those personal elements into that is us being subversive. That sheen draws you in, but once you delve into the lyrics it gets pretty dark.”

As such, didi doubles as a sort of therapy for these friends. In a stroke of pure democracy, each member contributes songs; their process usually involves a constant trading of ideas and suggestions, challenging each other to meet the high expectations of the band. Shimizu refers to the back and forth as “really f*cking exhausting,” but totally worth it as they all possess the same drive. Currently, the goal is “to head to the studio this summer with a batch of 10 songs to record an intentional album full of life, with a hint of dance.” With enthusiastic co-signs from Saintseneca and Speedy Ortiz, and a west coast tour on the horizon, didi is bound to accumulate a zealous audience of secret admirers. Though first and foremost, the goal has always been to impress themselves.

“We cry at each other’s songs,” concludes Shimizu. “That’s how much trust we have that everyone is here to continue this as long as we can.” – Kevin J. Elliott