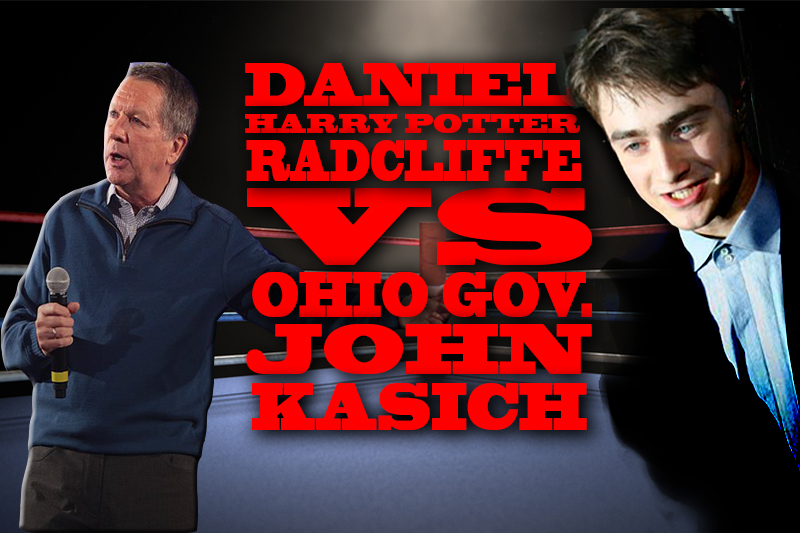 Okay, so Ohio Gov. John Kasich walks into a bookstore… we know it already sounds like a bad joke but would you believe it ends with him trashing Daniel Radcliffe’s religious preference, or lack thereof?

On his current tour in New Hampshire with gubernatorial candidate Chris Sununu, Kasich actually did just that — he walked into a local bookstore, picked up a copy of Harry Potter and outloud pondered the apparent absurdity of the fact that Dan Radcliffe is an atheist, according to a Chicago Tribune article.

“You know that Daniel Radcliffe has declared himself an atheist?”

Kasich said, according to a report in the Concord Monitor.

“I’m serious. What a weird thing. Why would a guy who has had all that success just, I mean, what the hell is wrong with him?”

Kasich is as Christian as can be and has even written two books about faith. So it’s understandable why he would question atheism, it’s entirely random to question a popular celebrity, in the middle of a political tour, in regards to nothing or no one in particular. He just spat out what he was thinking. Just incredible.

Perhaps this is the hip-hop beef we’ve been pining for in a post Drake/Meek Mill world — let’s hope Potter throws down and starts a sure-to-be burgeoning rap career.

Sadly, Radcliffe hasn’t commented on Kasich’s bizarre brain vomit, according to the Tribune, but I hope when he does, he responds to him the way Harry Potter responded to Gilderoy Lockhart. [editor’s note — we do not want Daniel Radcliffe to be complicit in erasing Kasich’s memory via a backfiring memory charm.]