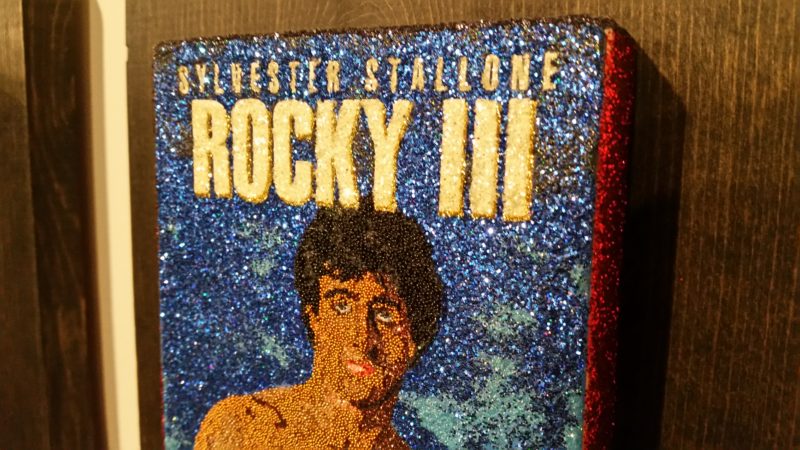 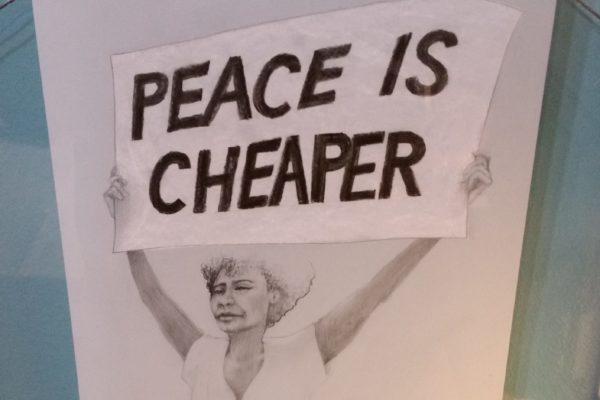 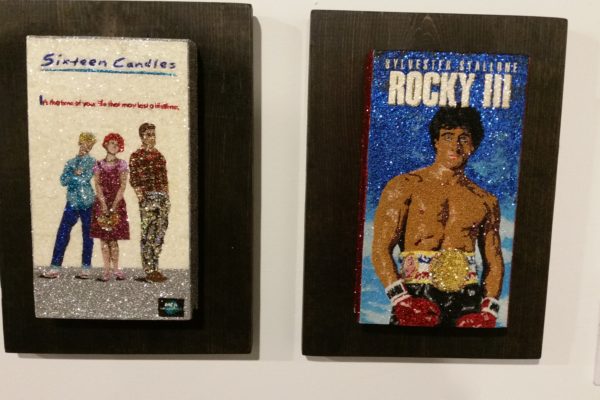 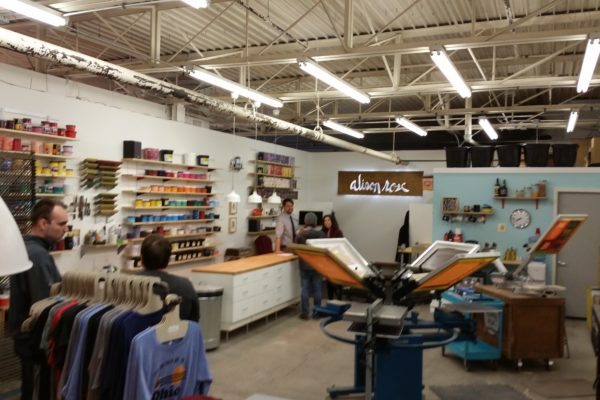 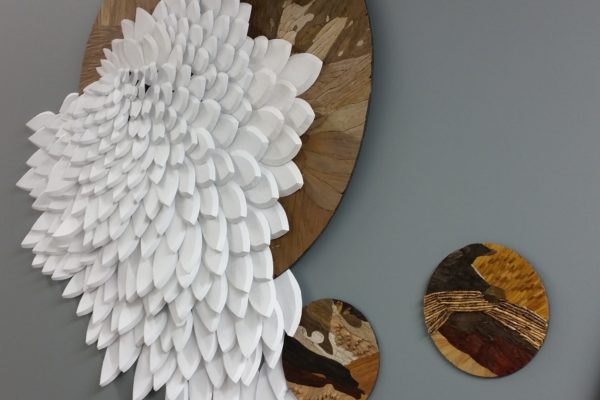 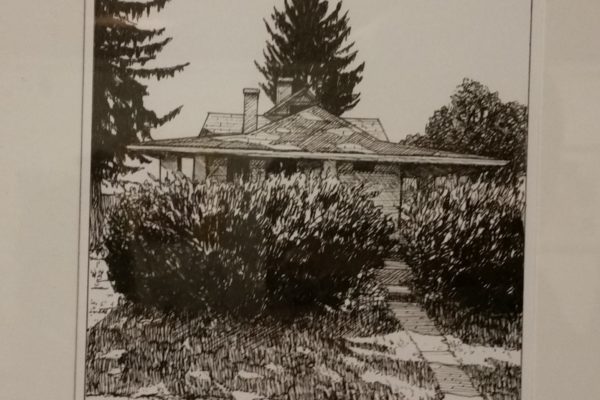 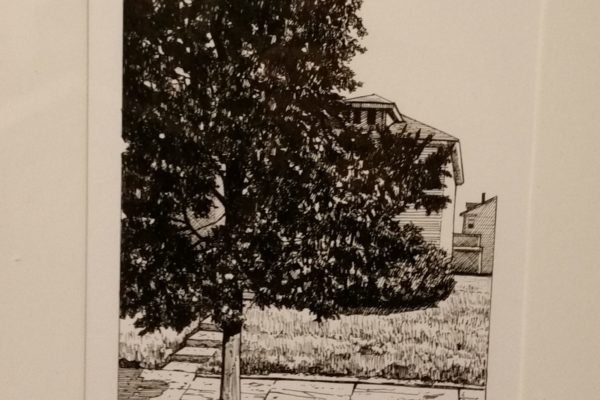 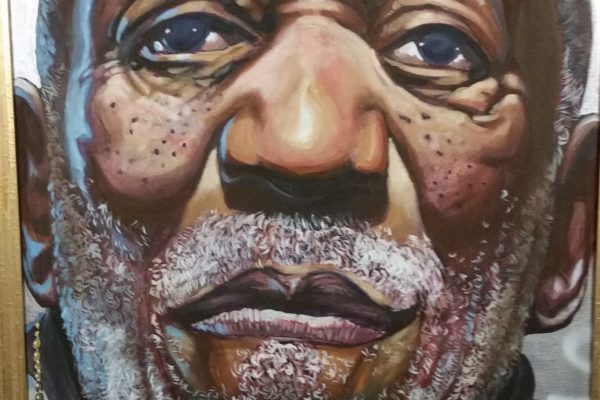 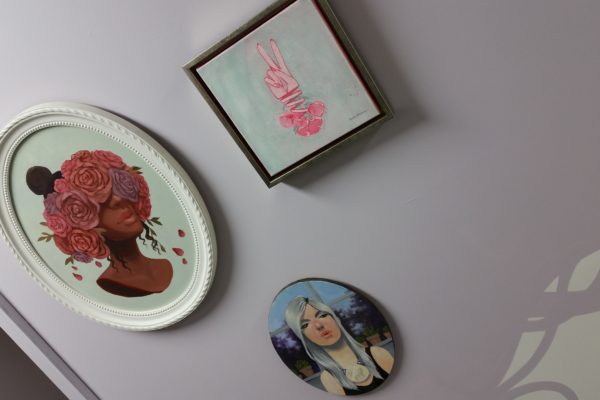 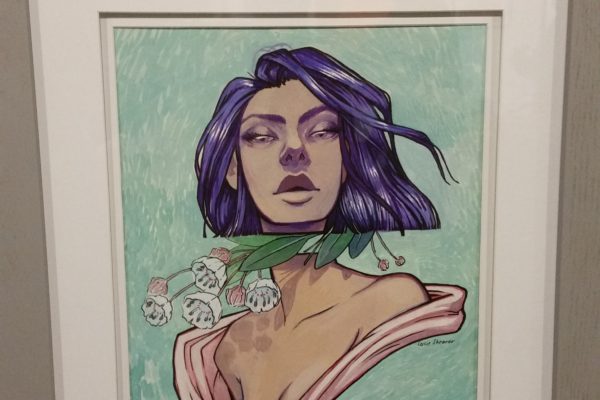 Everyone knows “a guy”: someone who is well connected, makes things happen, and can get you set up with anything you may need. For the Columbus arts community, Adam Brouillette is that “guy.” For over 15 years, Brouillette has been earning his reputation as not only an accomplished artist but also an arts organizer and workhorse who “gets things done.” He has been a leading, central, or influential figure in great arts projects in the city, including the once-iconic Junctionview Studios (2004-2013) and its Agora festival, Junctionview’s offshoot Tacocat Studios (2013-2016), and the Independent’s Day Music Festival (2007-present). Now he is set to unveil his latest endeavor, Blockfort, officially opening this Saturday, February 25 at 12 PM.

Blockfort, a project spearheaded and financed entirely by Brouillette and his wife and fellow artist, Megan Brouillette, works toward a different objective than past spaces. Brouillette recalled, “We had this sort of insurgent mentality [with Junctionview and Tacocat] that we were going to create arts in a grassroots way to collectively flood Columbus with artistic talent.”

Now, he seeks a more focused challenge with higher aspirations. Blockfort’s mission, in Brouillette’s eyes, is to drive a cohesive team of artists who are ready, or even just enthusiastic, to take their art to the next level. “I look at it like this: Yeah, you can make some great art and get it on people’s walls at home,” he added, “but how do you get it in the museum?”

Blockfort houses a team of 21 artists and six businesses including Stinkybomb Soap and the FieldWerks. This unique crew was curated through interviews by Brouillette, chosen not only for their ability to create quality pieces, but also consistent work ethic and their potential to develop as artists. This special ops team has sculptors, painters, mixed media masters, entrepreneurs, designers, and more. Some of the tenants were former Junctionview and Tacocat alum while others are new to the scene, Columbus, or to Brouillette himself. “We have a diverse group with different backgrounds and spheres of involvement,” he explained. “That helps us all stay honest in our art—the discussions, disagreements, and understandings built by such close quarters only improves our work.”

The space, previously a NAPA Auto Parts Store near 6th and Spring Streets downtown, has been extensively reconfigured to serve the purpose of the tight-knit collective. One important addition to the building was ADA accessibility options. “It was very expensive, but it’s important for all of us to walk-the-walk when we talk about freedom, inclusivity, and understanding,” he explained. “Worth every penny.” The restrooms are also gender-neutral, labeled “Anybody Restrooms”

Last week’s preview party provided a glimpse of what the future may hold for Blockfort.

The front-house gallery, with its fresh drywall and new lighting, displayed pieces from the resident artists, which purely showcased the Blockfort team’s strong personalities and remarkable talent. Platform Brewing beer, wine, and a buffet of gourmet nachos and a variety of sweet treats welcomed visitors. Through a doorway on the back wall, a hallway extends to the end of the building, flanked on both sides by studio doors decorated uniquely by their respective artists.

Blockfort’s mission, in Brouillette’s eyes, is to drive a cohesive team of artists who are ready, or even just enthusiastic, to take their art to the next level.

Among the first artists I encountered were Jen Wrubleski, a Junctionview and Tacocat alum who specializes in joyously cheeky illustrations of cats, woodland creatures, and vegetables, and Jamie Sommer, a performer, mixed-media artist and Drag King (Jamz Dean) who performs semi-regularly at the Shadowbox Bistro. The three of us discussed the idea of Sommers doing a Guy Fieri/Smashmouth routine, but she adamantly refused to even consider such an act. Understandably so.

Down the hall, I came to the studios of Marshall Shorts and David Butler, two African-American artists whose combined entrepreneurial spirit has borne such fruits as the Creative Control Fest, the Brush Experience, and Iron Pixel. Marshall shared with me their interest in connecting creators of color and building more opportunities to break down racial disparities. We bonded over the intrinsic relationship between music and art, something that he makes efforts to incorporate in his work.

Next, I popped into the studio of Sherleelah Jones, a digital designer and CCAD grad. She displayed evocative photographic and illustrative collages that she created using Photoshop and Illustrator. Her involvement arose by responding to Blockfort’s open call for artist applications—she had never known Adam nor any of the other alums. She proudly noted that this space will serve as her first official studio outside of her home office.

Near the end of the hall, I met Lucie Shearer, an illustrator who creates delicate pencil drawings ripped from childhood memories and reimagined in 21st century terms. She explained that her focus was taking a thing of beauty, specifically the female form, and juxtaposing it with a disturbing or surreal quality, such as severed limbs, to evoke a visceral reaction in the viewer.

Before departing I had the chance to visit the Alison Rose t-shirt studio, a full-blown production area that replaces their previous storefront on Indianola Avenue in Clintonville. I caught a glimpse of a captivating work by Logan Schmitt that I can best describe as “woodland esoterica.” I also took a moment to admire Cat Sheridan and Lisa McLymont’s “Powerful Women” portraits, which included fictional characters like Leslie Knope and Jillian Holtzman, local musician Counterfeit Madison, and historical figures like African-American activist Shirley Chisolm.

If the talent, hospitality, and attention to detail displayed at the preview party is any indication of what is to come, I believe we’ll be seeing a great deal of innovative and influential art emerging from those big brick walls.

Blockfort is holding its grand opening this Saturday, February 25 from Noon to 7 PM. Take the opportunity to meet the artists and see their work first hand. More info can be found at http://blockfortcolumbus.com/