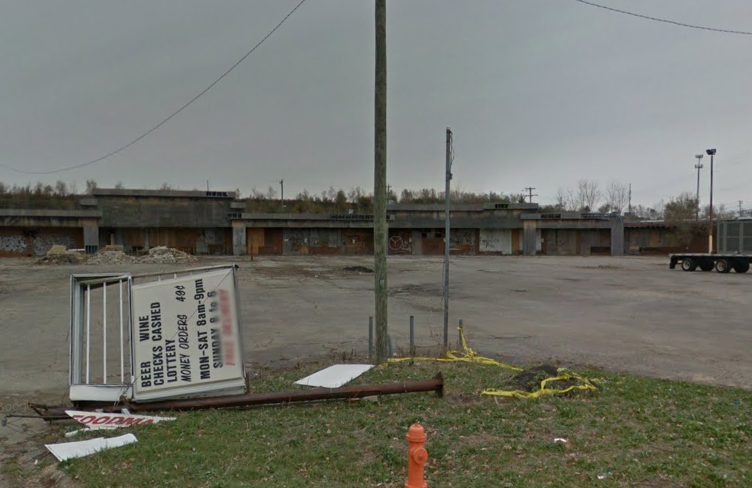 The abandoned, burnt out, strip mall on Allegheny Ave. on the East Side has finally been demolished after eight years of legal battles, and community complaints of trash, tall grass, and squatters.

Yes, the strip mall is gone except for a few bits of rubble and refuse.

It no longer poses as a blighted building in front of the newly opened, $42 million dollar Africentric Early College Campus.

“It’s a really big, bad, ugly (building) with a brand-new school across the street,” said John Rosenberg, president of the Central Ohio Community Improvement Corporation, which runs the Franklin County land bank, according to the Columbus Dispatch., “So many of our blighted properties tend to be small, but this is a big one. A big one.”

The site is the last to be demolished among ten of the city’s targeted most blighted properties. The owner is now free to sell it and the site can be used for future businesses of apartments.