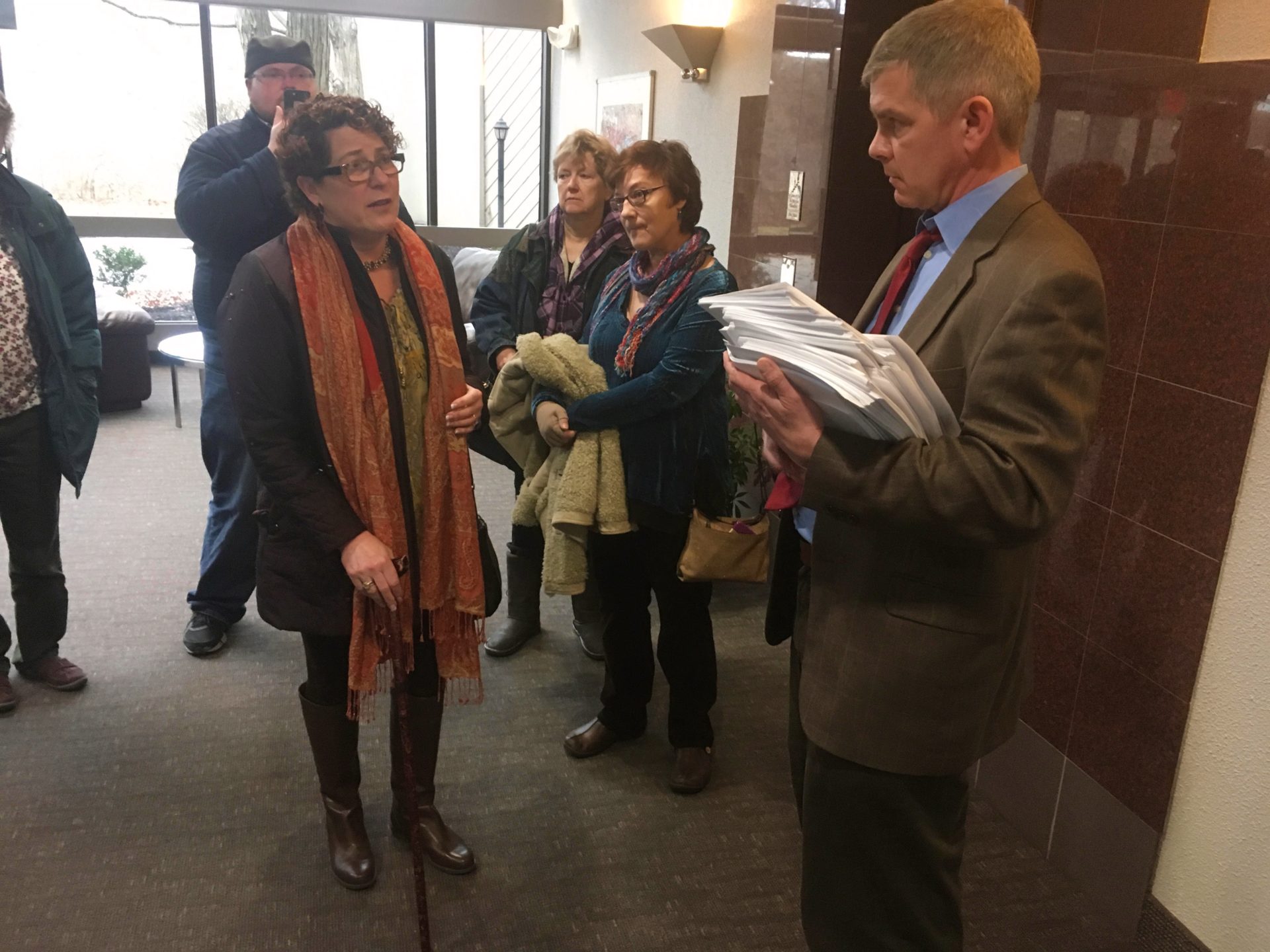 #eat614 — Choo-Choo All Aboard the Grub Train

12th District constituents hand off petition for a town hall meeting before the ACA is repealed.

A group of constituents will deliver a petition with more than 1,000 signatures to Representative Pat Tiberi’s office before he votes to repeal the Affordable Care Act (ACA or Obamacare).

The petition was open to be signed on public groups and social media spaces, and the signatures are delivered with an ever mounting sense of urgency, “I think there’s a kind of flavor of repealing [the ACA] to simply meet political promises,” said Russel. Russel understands why the Republican party wants it repealed, but he says the way they’re going about it does not take into consideration the thousands of people who stand to lose healthcare altogether if the ACA is repealed.

Currently, Obamacare covers and expands healthcare benefits for over 6 million Ohioans – 664,000 of those were previously uninsured before Obamacare was enacted.

“As a Type 1 diabetic, I have no other choice for health insurance,” said Mindy Hodges, one of the petition signers, “There are more than 700,000 other diabetics living in Ohio and many of us have been turned down by insurance companies because of this pre-existing condition. Without the ACA, I would not be able to afford the $700 per month of prescription drugs I need or the additional costs for doctors’ visits and blood work. We need Representative Tiberi and Senator Portman to help us, even if it means crossing party lines to do so.”

For those previously insured, the ACA (Obamacare) offers extension of benefits such as keeping a child on a parent’s health insurance until age 26, offering free preventative care including cancer screenings and mammograms, and slower premium growths. Under the ACA, premium growths have slowed from 7.1% to 5.3%, according to the U.S. Department of Health and Human Services.

“This town hall meeting is one of the simplest things you can do, it’s in Tiberi’s job description to listen to his constituents. [Health care coverage] is life or death for some people,” said Russel.

The town hall meeting Russel and the other thousand signatures are proposing will simply be a chance for constituents to make their voices heard, tell their stories and describe how important having health care is for them.

Tiberi holds precedence over Congressional District 12. The petition will be delivered at 2 PM to Tiberi’s office. For more information, visit the petition page on Change.org.