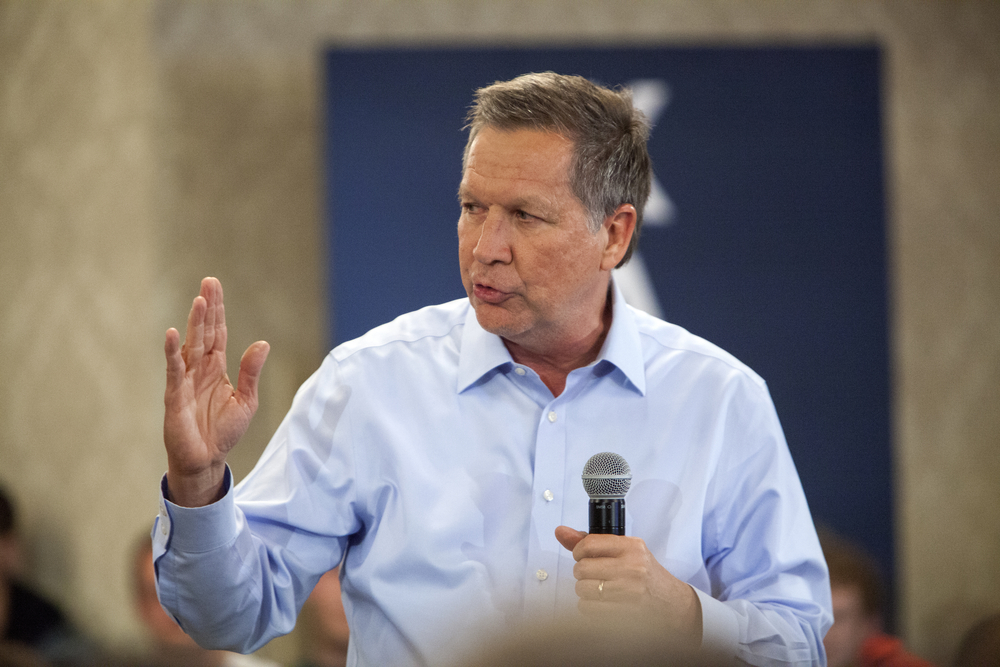 Ohio Governor John Kasich is trying to save Ohio. Yesterday, we wrote that Kasich has taken a step away from his own party to address the looming possibility that 700,000 people in Ohio could lose Medicaid if the Affordable Care Act is repealed without a replacement.

“We don’t want to lose coverage for 700,000 people in our state,” he said to reporters Thursday. “I think there’s a dramatic way to improve the quality of care while reducing the cost.”

Kasich is wary to be held against the fire of his party though. When asked more specifically about existing health-care laws he bucks at the chance to align himself.

“Don’t put me in a trap where I say, ‘Oh, no, we don’t need to repeal it,'” he said to the press on Thursday after meeting with congressional Republicans on Obamacare (Affordable Care Act.) “Yeah, repeal it and replace it and take some things in the law that are good.”

Kasich has even go so far as to write an entire plea for TIME Magazine,

“Congressional Republicans have already begun taking steps to repeal Obamacare, and I urge them to avoid committing the same sins that the Democrats did when they created the law. Rather than shoving a bad law through Congress on party-line votes, Republicans can, and must, do better. For the millions of Americans who have gained health coverage since 2010, it’s safe to assume that their idea of fixing Obamacare does not involve ripping away their own health care coverage without a responsible alternative in place.”

Kasich ends his TIME editorial with some harsh words;

“Congress should not hastily slap together a repeal plan without a proper replacement. That’s a cure that could be worse than the disease.”