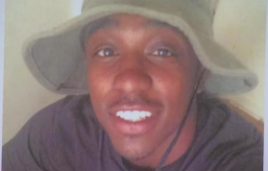 Can you feel the Rhythm of the River yet? Series starts tomorrow

Green, 23, was shot to death by police on June 6, 2016 in the Linden neighborhood. In May, Franklin County grand jury determined the two officers involved should not be criminally charged. The Green family’s lawyer disagrees, saying the officers, “engaged in policies, practices, and customs that have been the subject of civil rights investigation, and previous lawsuits.”

Zach Rosen and Jason Bare were the two officers involved. Both of the men were in plain clothes and a leased undercover car at the CPD Summer Safety Initiative when the incident went down. Rosen and Bare saw Green walking around with a firearm. Allegedly, Green pointed the gun at the officer’s vehicle.