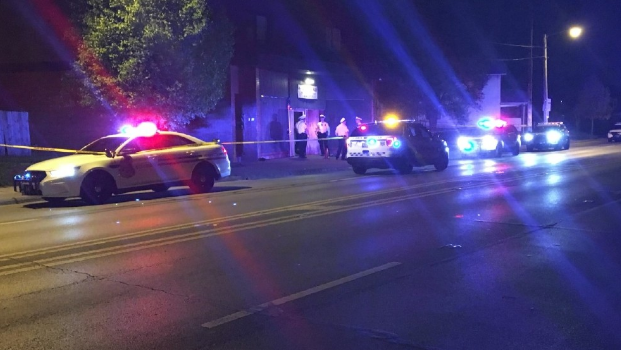 The nine victims of a shooting at a party have been identified. The shootings happened after 3 a.m. at the J&R Party Hall on Cleveland Ave near the intersection of E. 18th Ave.
Those victims are Sharda Hall, 25; Brooklyn Bradley, 20; Diamond Harris, 33; Ja’Voughn Henderson, 22; Cornecia Pruitt, 25; Keanta McGrew, 31; Kaadijah Travis, 23; William Boswell, 27; and Juwaun McCrae, 20.
All nine are still in the hospital. The victims either claimed not to have seen anything or are refusing to cooperate with investigators. No word on a suspect or motive yet.
Columbus Police assured that the shooting was not terrorism-related. They are asking people who were at the party hall to come forward if they have any information.
[symple_button url=”http://abc6onyourside.com/columbus-police-say-at-least-nine-people-have-been-shot-at-a-north-columbus-party-hall” color=”black” button_target=”_self”]Full story[/symple_button]
614now Staff April 17, 2017
Share
Tweet
Share
Unmute