Shh. Come a little closer. We’ve got a secret to share: the most influential independent horror short-film maker in the U.S. lives not in L.A. or NYC, but right here in Columbus – and works at Gateway Film Center.

According to movie news site Cinema Runner, there’s an unsung collection of filmmakers, convention promoters and festival directors whose steady, standout work has been secretly steering the direction of independent horror for the last eight years or so.

We just didn’t know it – until this week, when Cinema Runner began dropping its five-part series of articles called Indie Horror’s Secret Seven. Each installment names the most influential leaders in one of independent horror’s biggest channels, according to the site’s own research and a poll of “two dozen horror filmmakers, fans, festivals and critics.”

When it came time to identify the decade’s most influential short-film maker (indie meaning, “non-studio, usually non-distributed horror,” according to the article), Columbus’s Jason Tostevin, genre filmmaker and second in command at Gateway Film Center, got the nod. 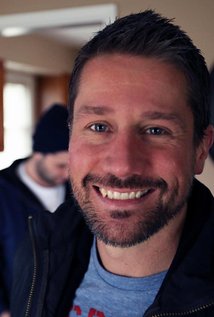 “In our conversations, one person came up repeatedly as a kind of indie prophet, with both sustained success over multiple films and for standout leadership in the indie community,” reads the article by Daniel Baldwin. “Tostevin’s films are changing the face of indie horror shorts and elevating horror expectations.”

The award went to Tostevin because of his filmmaking accomplishments, his creation with GFC President Chris Hamel of the highly acclaimed Nightmares Film Festival (held each October in Columbus), his support of independent filmmakers through Gateway Film Center, and his work “as an evangelist for, and unofficial leader of, indie film.”

“It’s an honor to be recognized, especially by peers I respect so much,” said Tostevin. “I’m thrilled to be in the same conversation with the others in the series, and I’m grateful to Gateway Film Center for being a place that celebrates its associates’ artistic pursuits.”

According to Cinema Runner, filmmakers around the country count on Tostevin for guidance, insight and leadership.

“Every time he gets a platform, [Tostevin] uses it to lift up other people,” an unnamed filmmaker is quoted as saying in the article. “A lot of people you’d consider big names look to him for advice. He’s kind of our spiritual leader of the right way to do indie film.”

Tostevin’s most recent short film, Born Again, is currently playing at festivals around the world.