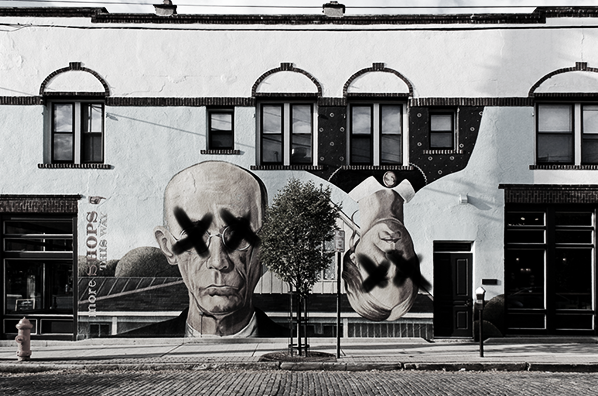 Anti-bullying at forefront of one Ohio lawmaker’s agenda

Apparently Parsons Avenue is the “new” Short North! Great, I think! An arts district! However, the article only mentions restaurants and bars, with a tiny bit of retail. This, then, is what the Short North is now. No longer an arts district. No longer the gem of the city.

The end was made clear to the gallery owners when we told “the Short North is not an arts district, it is an entertainment district” by a developer. Every year we ask the question: “Are we still an arts district?” Until now the answer has been “yes.” Now it is “no.”

The Arts District emerged out of skid row, attracted by cheap rent and possibility. You imagine it, you can make it happen. We shared a vision. When Gallery Hop started in 1984, we never had to ask anyone to be open late. We all saw the benefit, the possibility. And it worked. Better than we could have ever imagined, for over 30 years. That the Arts District lasted as long as it did is a testament to everyone involved and to the city.

Back then every developer, property and business owner wanted to be in on the action and the action was art. Galleries blossomed, as did interesting independent retail and a few restaurants. Mixed in were the old businesses, the dive bars, the diners. Everyone who came in added to the mix. They gave back. If a developer came in with big plans, they knew they were going to have to support the arts and the neighborhoods. No more.

The focus now is a perceived entitlement to make money as quickly as possible, the neighborhood be damned. It is affecting more than just the business district, it affects the entire Short North, including the residential areas. Every time a project comes in with too little parking or overly dense design, it affects everyone.

The shame of it is that entertainment districts don’t last. They flame and burn out quickly, after salting the soil.