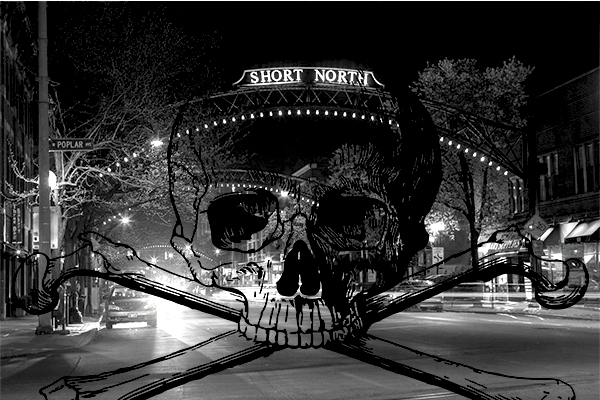 King of Columbus City Schools steps down from throne

My husband and I opened pm gallery in 1980 in a vacant storefront that had been a dry cleaners. Our first intention was to carry our own work (Michael is a painter and I was making candles at the time) and the work of our friends. As the inventory grew, we pushed back the rear wall. The last time I counted we were carrying the work of over 300 artists and artisans. Our emphasis is American made fine crafts (we get some work from Canada) and local fine art. We only deal directly with the artists  – no reps or factories. I LOVE dealing with the artists. It is the best part, next to my long time customers.

We started the Gallery Hop (successfully) in October of 1984, after a false start in January of the same year, in partnership with ArtReach Gallery, Ritchey’s at 714, Handmotions, UNICEF, and Michael Allen Gallery for what we called The Cooperative Opening. The name Gallery Hop was attached the following August by Spangler Cummings of Spangler Cummings Gallery. The Cooperative Opening/Gallery Hop changed everything. It made the Short North.

In 2012 we moved from 726 to 1190 N. High Street, right across from Short North Stage in the Garden Theater. It has been a challenging transition, but we stuck it out for as long as we could. Last month we made the decision to retire in 2018. The combination of lack of support from the developers, the extreme panhandlers/troublemakers/drug dealers/bad apples on our block since the UDF was torn down (and how it affected our business and personal safety) and family matters brought it all to a head.

The end of the Arts District was made clear to the gallery owners when one of my trusted colleagues, also an art gallery owner, was told “the Short North is not an arts district, it is an entertainment district” by a developer.