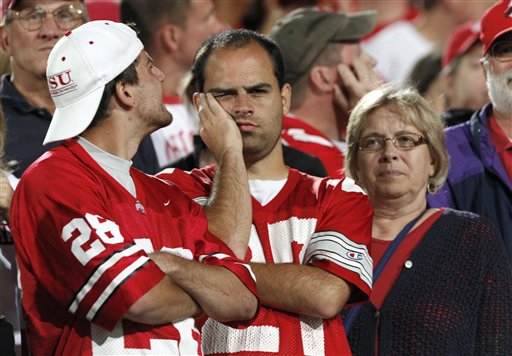 Give up your soles to help Hurricane Harvey victims

Columbus is damn near constantly in the news for ranking at the top of national lists and studies for anything from our stellar wireless connections, to our “stretchy money,” to our bad drivers, and of course our giant university.

There’s no arguing Columbus gets national recognition but the question is; what exactly are we getting recognition for? Is Columbus known as the mid-large sized city in the Midwest with good cell service and a winning college football team? Or are we the “creative town” with an expansive Arts District, several music venues, and a design school? Or what about our corporate hubs; are we known for being a savvy place for businessmen and businesswomen to set up shop?

Are we in the midst of an identity crisis?

These are the questions that Jennifer Smola of The Dispatch set out to answer in “Does Columbus have an identity crisis?” And seven years ago, the New York Times looked to answer identical questions.

So does that mean Columbus has made no progress in solidifying an identity in the last seven years? That’s what Aaron Renn of Urbanophile suggests. Here are the things Renn thinks are holding Columbus back:

Several sources in the Dispatch story try to define the city. Sure, organization heads and community stakeholders can tell us how they want Columbus to be perceived but that doesn’t make it true. What it comes down to is what people actually think of our city.

So it’s up to you, what is the identity of Columbus?