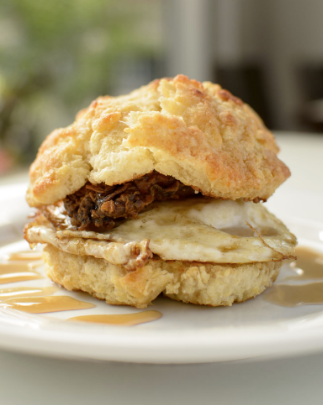 Weekend- only menus allow local chefs to experiment for forgiving crowds and discerning diners. And blurring the line between morning and midday makes it the perfect test kitchen for familiar favorites with a little added flare. Weekdays remain another story. Fortunately, there are still meals worthy of getting up a little early—something that will make you the envy of the office, or a missed lunch easier to stomach if your afternoon runs amok.

Here are five ways to grab work-week breakfast with both hands: 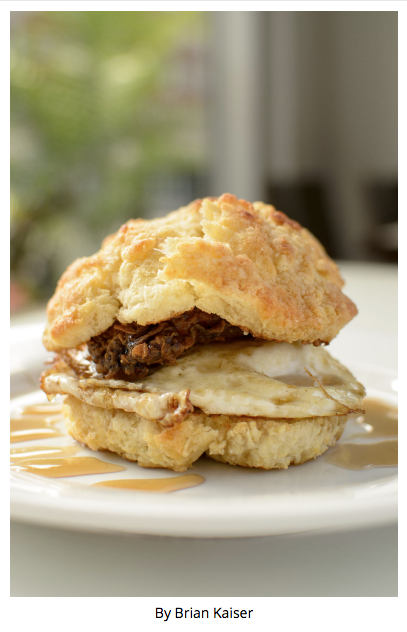 Forget that puny puck most places shove in a bag and hand you at the drive-thru. This sandwich needs a box, and a big one. It’s a buttery biscuit about the size of a grapefruit, sliced and crisped up on the flat top just enough to hold together when they put a runny egg and a huge, buttermilk fried chicken breast inside. The drizzle of maple syrup conspires with the skin of the chicken to create the convergence of New England sweetness and salty Southern comfort food. Putting a fried egg on anything makes it undeniably Columbus. 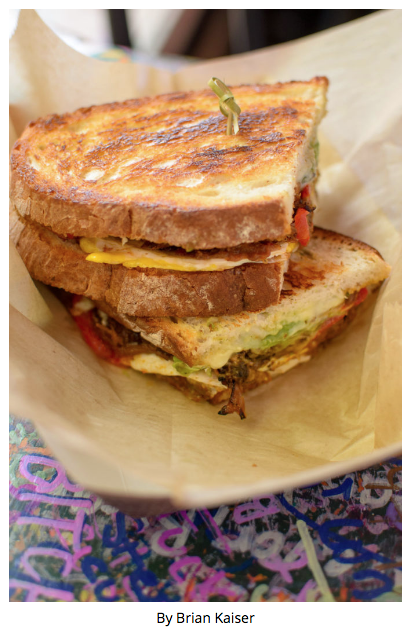 Though “gas station breakfast” sounds like a stand-up bit or a college radio band, that’s exactly what Katalina’s used to be—a century old filling station. Better known for their breakfast tacos, the secretly seasoned, slow-roasted pork topped with Amish provolone and fried egg served on toasted “old world loaf” deserves top billing. Though it could stand on its own, the added avocado, red peppers, and aioli add lightness and depth to what could otherwise be a heavy-handed sandwich. 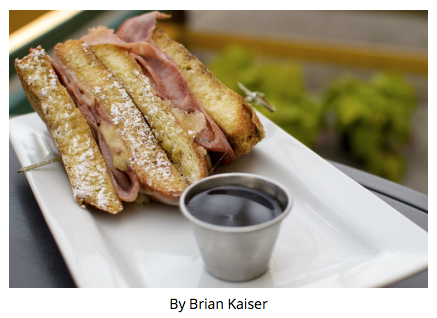 This cousin of the Monte Cristo features classic French toast, but with the texture of brioche. The perfect package for ham and Swiss is dusted with confectioner’s sugar and diagonally cut for dipping into a side of syrup. There is also a vegan variation with egg- and dairy-free batter, Daiya mozzarella, and seitan—sometimes called “wheat meat” because it’s derived from gluten.