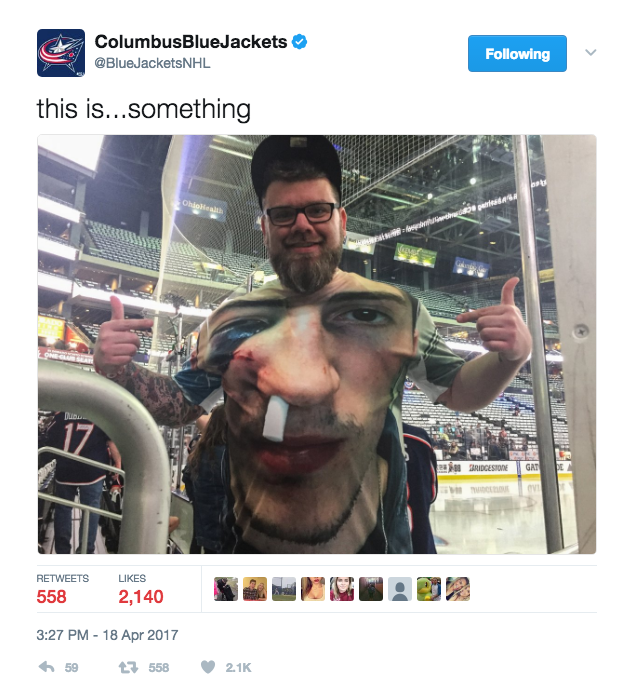 Reynoldsburg Radioshack says “F*** all of you” to Facebook followers

First of all, the Jackets won last night, giving them their first W in the series. The Pittsburg Penguins lead 3-1 and Game 5 will be played tomorrow at 7 p.m. in Pittsburg.

Secondly, did you see Blue Jackets defenseman’s Zach Werenski gruesome selfie from the weekend? He scored his first ever playoff goal and then got his face bashed up by a puck. Unfortunately, Werenski is out for the remainder of playoffs. 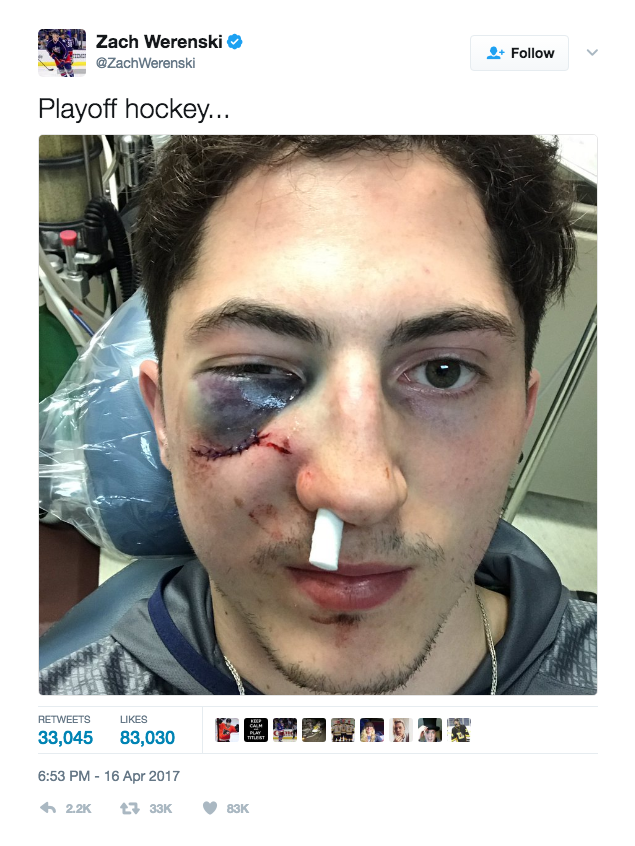 Thirdly, did you see the picture floating around of the super fan who had a t-shirt printed of Werenski’s selfie? That’s right, Jay Shrub, of Columbus band, Shrub, showed up to the game last night adorn in Werenski’s mangled face. Werenski must have gotten a real kick out of the shirt because he gave Shrub a signed Blue Jackets Jersey. Below, Shrub is pictured with his daughter holding the signed jersey. 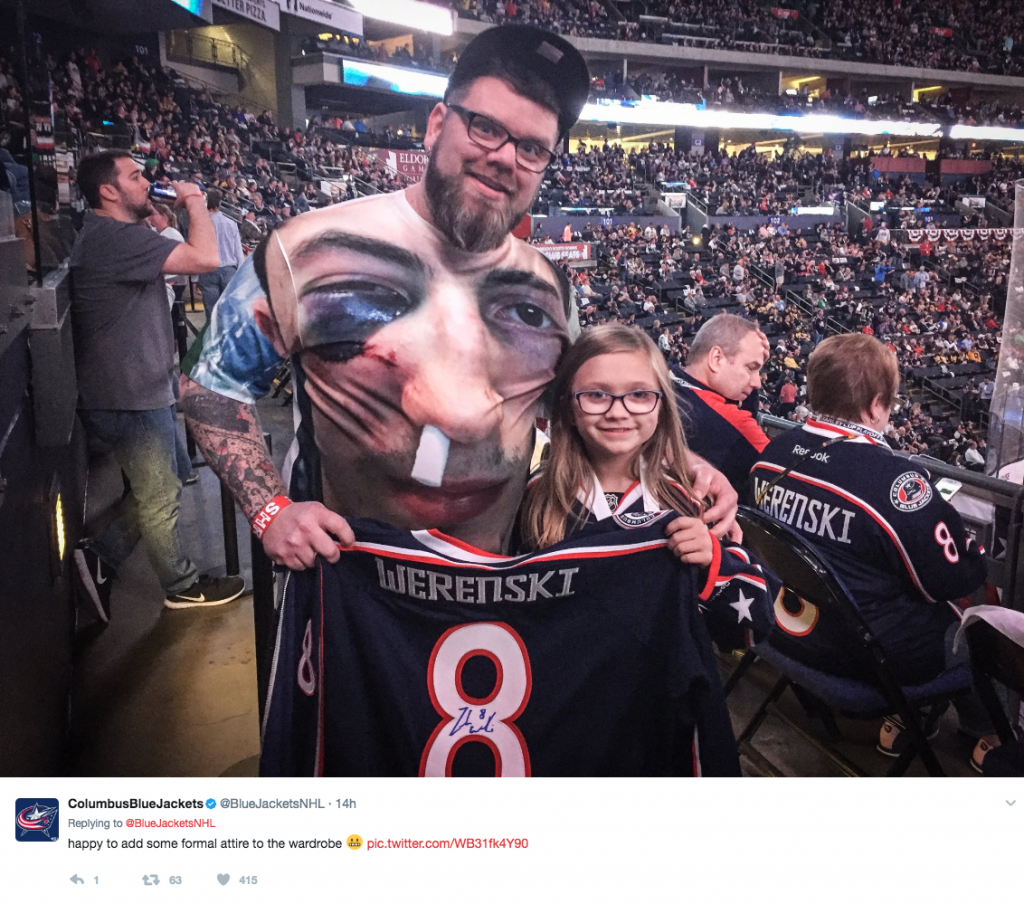 People from all walks of life have come out of the woodwork to support the Jackets during their playoff run. Even OSU football coach Urban Meyer made an appearance at the game last night. 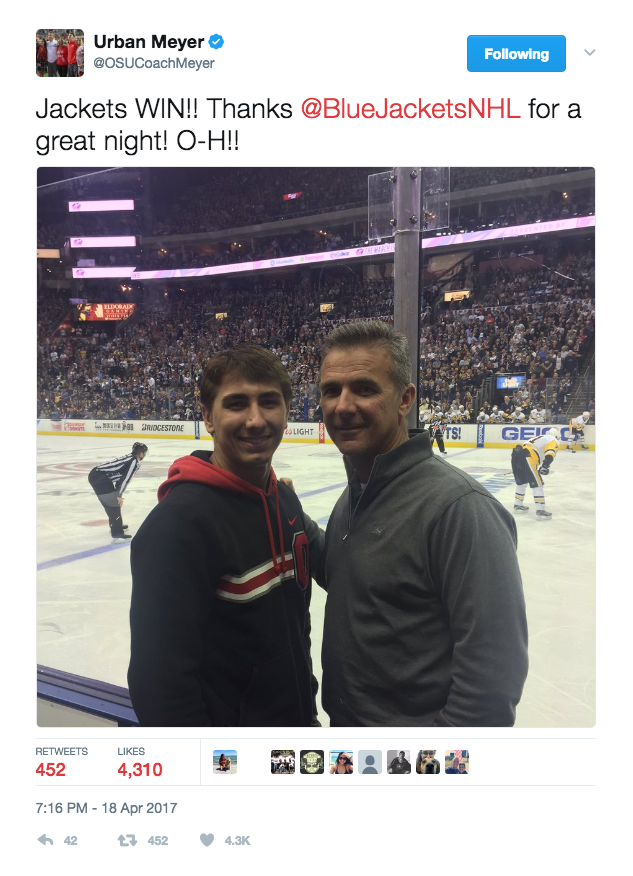 From all of us at 614NOW, we ask that someone else on the Columbus Blue Jackets team sacrifice their body (preferably face) so that more t-shirt can be printed in your honor.