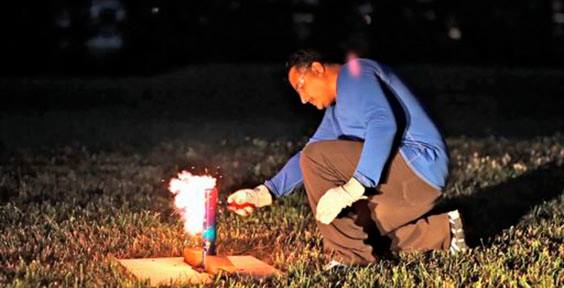 If everyone is doing something, that makes it okay, right? Definitely not always true but in regards to fireworks, lawmakers are beginning to think so.

Technically, at-home airborne explosives are illegal in Ohio but that doesn’t stop Kenny down the street from lighting firecrackers at 2am or your lake house neighbors from putting on a 20-minute fireworks show on the 4th of July. It’s legal to buy and transport fireworks in Ohio yet illegal to set them off. That’s like giving a kid an unopened toy and expecting them to just sit and look at it.

Police are pretty laissez-faire about the whole thing anyways. They’re starting to think maybe the restrictions should be lifted. After all, people love lighting up the sky with loud, brightly-colored fire and they’ve made it pretty clear in the past 20 years that a little law isn’t going to stop them from doing it.

House Bill 226 would allow fireworks up to 1.4G to be shot off. Fireworks of that size are pretty big but not as big as what you’d see at BOOM! The bill would also allow the state to add a 4 percent fee on firework purchases. Money would go towards fire prevention and education.

Local municipalities would be in charge of the time frame in which these fireworks could be used.