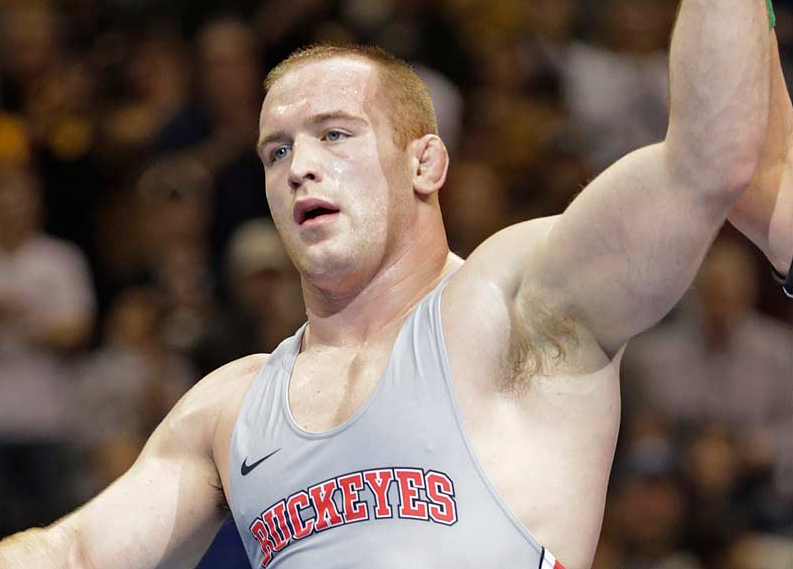 To add to big daddy Snyder’s long list of accomplishments this year, he’s been named Jesse Owens Male Athlete of the Year by the Big 10. Ohio State–and America’s–golden child, wrestler Kyle Snyder coveted pretty much every award available in his niche, winning titles in the conference, NCAA, and Olympics.

“I’m honored to win this incredible award, especially because of what Jesse Owens means to the Big Ten and specifically Ohio State,” the 21-year-old Snyder said in a statement. “I love competing for Ohio State and representing my country.”

Just one year out of his teen era, Snyder won TWO gold medals at the 2016 Summer Olympics in Rio to become the youngest American wrestling champion. This feat also made him the first OSU wrestler to win an Olympic medal in over 90 years.
When he returned to Ohio State in the fall, he cleaned house with a second conference championship and a second NCAA title. He finished his college season with a perfect 17-0 season.
To boot, he’s maintained status as an academic All-American. Hot Damn.
614now Staff June 28, 2017
Share
Tweet
Share
Unmute