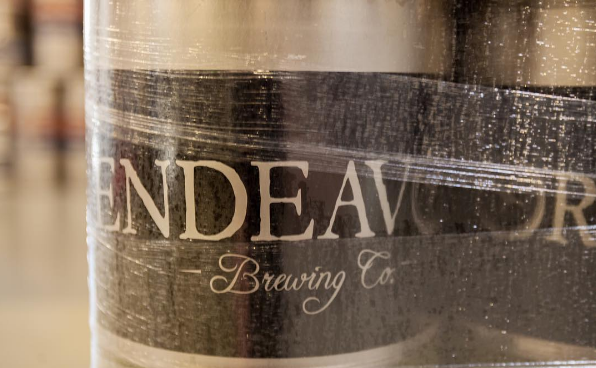 Thieves fishing in USPS mailboxes for your checks

Like talked about back in June (see below), Zauber is under new ownership and finally has a new name : Endeavor Brewing Company. As promised, the beer will be inspired by the crews unique travel experiences.

They  haven’t completely pitched Zauber yet as Bruzer Imperial IPA remains on the Guest Draft list. They also kept the same brewmaster, Cameron Lloyd, and will continue to patronize futbol and local food trucks.

Endeavor’s grand opening is September 23 at 7am and then a week later on the 30, they’re hosting a block party.

06/06/2017: Before long, Zauber Brewing will no longer be “Zauber.” A local equity group, Cebada, is in the process of purchasing the assets belonging to the brewery and plans on rebranding. The big reveal will happen sometime this summer.

Good news is it will remain a brewery. The new beer factory will be based on “global  inspiration.” Is Fifth Ave getting its own Epcot? We’re not sure, Cebada is being tight-lipped. But the new guys assured that they’ll still support the strong soccer community.

The founder, Geoff Towne, who has been with Zauber since 2011 will no longer be affiliated.

Lloyd will get to spread his wings a bit as the new brewery will venture further than just German and Belgian focused beer like Zauber stuck to. They’ll be rotating food trucks and pop-up kitchens to accommodate hungry souls, as well.

To get C-busers interested, the mystery brewery will release their beers before the rebrand is complete. They’re slated to hit Grandview taps in early July.

The taproom will remain open during the changeover but could potentially close down for a few days for repainting and things of that nature.

Most likely, Zauber as we know it will relocate and reopen though no plans have come to fruition yet.