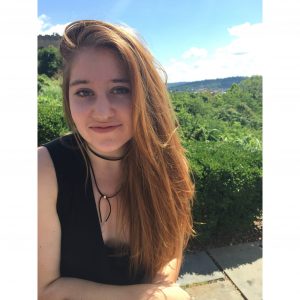 Welcome to Columbus. The wonderful, mostly liberal, city where half the population is drunk and watching football and the other half is eating at a local venue they gave “hole-in-the-wall” status to despite its popularity.

And every year we ditch our conservative neighbors to hot box Goodale Park to celebrate Columbus in an event called the Community Festival otherwise known as ComFest.

ComFest is the one time a year where the old and new hippies can come together to share a glass of beer over taboo topics like human rights and making our city a better place.

And if you can bear to walk the treacherous hills of Neil Avenue from your one-mile-away parking meter, you can partake in this lovely event.

But, before you delve head-first into your introduction to your entire city family, there are some things you should know.

1. If you think you are underdressed, take off 3 more articles of clothing.

If you show up early enough, you’ll get the cool merch before it runs out, actually have time to learn about the petitions you are signing and, most importantly, be able to enjoy your first $10 beer on an empty stomach setting your tolerance up for absolute ruin in the coming hours.

There are also a lot of after-parties taking place at local venues after ComFest so you can continue to support local businesses by getting drunk.

3. Don’t go with your parents.

ComFest is about meeting new people and community—not impatiently waiting at your parents’ side as they yab on and on with their college roommate they coincidently ran into after 23 years.

Also your parents haven’t seen bare boobs with you since the first season of Game of Thrones. Don’t do this to them.

4. Hit all the local shops and booths.

There are a plethora of local venues for you to visit on your way around the park that you didn’t even know existed outside of ComFest. Additionally, there are probably several of local issues that are impacting your life that you may not have known about.

5. If you’ve got plans after, bring a change of clothing.

Just because it has the word “community” in the title does not mean it is your parent’s backyard BBQ type of party. You’re going to smell good…uhh I mean like marijuana.

6. Take advantage of the opportunity to get to know your neighborhood.

There are very few places quite like ComFest that invite an entire city into an open space for three days urging you to be social. So, you know, don’t smoke too much weed and actually be social.

Take our advice here: come early and leave early. Why? So you can hit up all these dope after parties.

The doors open at 8 p.m. and music from The Floorwalkers, Doc Robinson, and Parker Louis kick off at 9 p.m. Get your tickets early so you don’t have to shell out an extra $2 the day of the show.

Day one of ComFest will wind down at Ace of Cups around 8 p.m. when The Turbos host an after party to debut their newest release “The Coast” while they share the main stage with Go Go Buffalo, Tourist Trap, and Mister Moon.

Digisarus, Captain Kidd, and the Raquels takeover Spacebar starting at 9 p.m., but if you are drinking at ComFest, take an Uber here because it’s a ways away from Goodale Park.

The Columbus, Ohio native duo, roeVy, as well as Black Asteroid will be keeping energy levels high with some EDM music as you hammer some PBR’s on the cheap. Get here early, though! First 100 tickets start at $10 then continue to rise by $5 throughout the night.