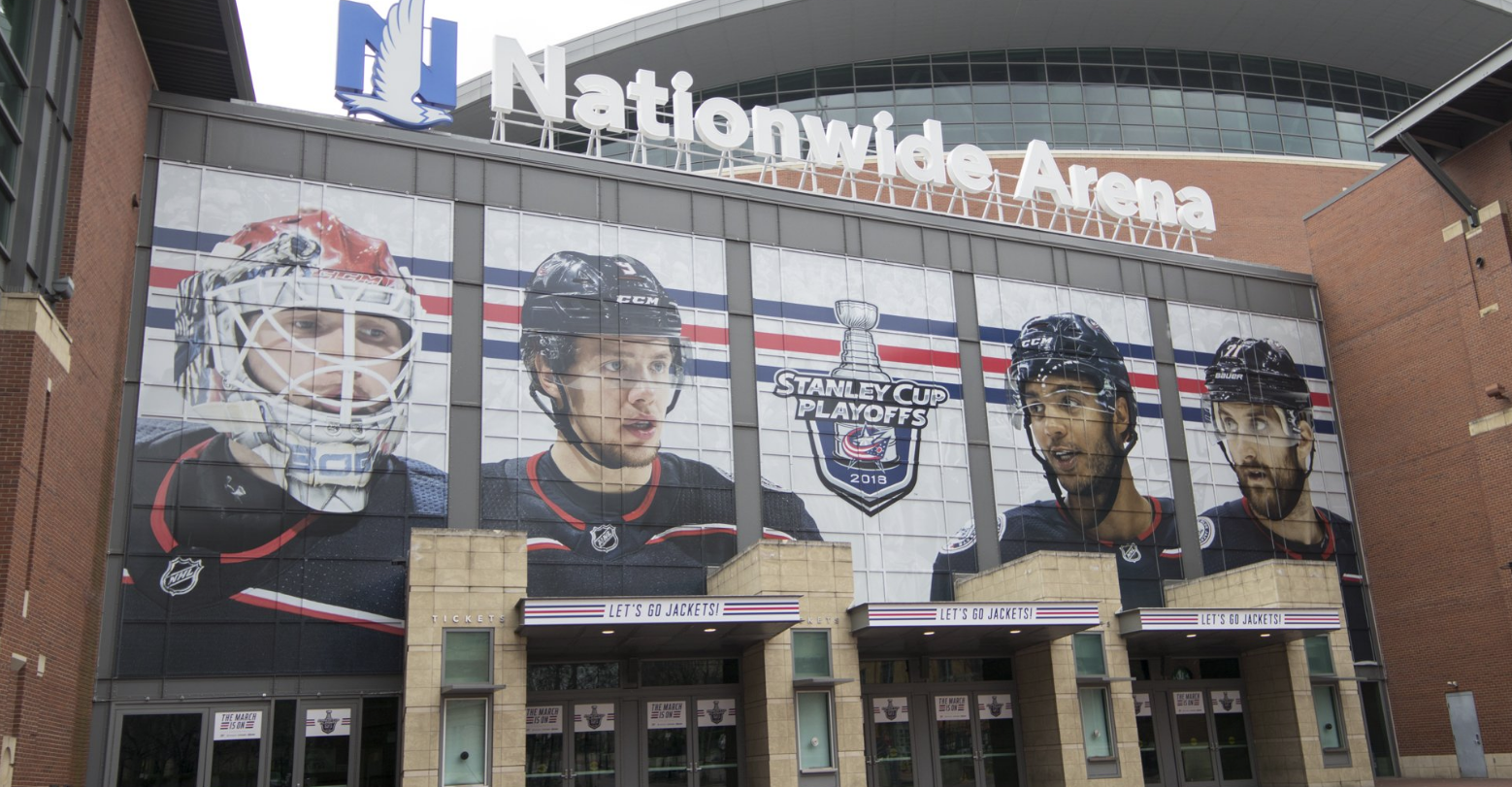 Invigorated by a Washington Capitals goal that was overturned after review—an offside call—the Columbus Blue Jackets tied the score 1-1 midway through the second period courtesy of a sick goal by #18 Pierre-Luc Dubois.

Unlike the first two games of this wild series, the CBJ didn’t want to take any chances by possibly going down 2-0 for the third game in a row against Washington.

Unfortunately, the Capitals took their chance on a power play later in the second to take a 2-1 lead. But that lead did not last as a brilliant 2 v 1 downhill chase by the Blue Jackets resulted in a #9 Artemi Panarin equalizer at 2-2 less than five minutes into the third period.

But then in double-overtime (a given in this series), Washington’s #20 Lars Eller scored the winning goal to silence the crowd at Nationwide Arena.

Playing more than four full 20-minute periods of hockey last night, as well as a third consecutive game that has gone into OT, seemed to have caught up to the CBJ against a formidable Washington Capitals squad.

The Columbus Blue Jackets will host the Washington Capitals again tomorrow night at Nationwide Arena at 7:30 p.m. on Fox Sports Ohio and the USA Network in Game 4 of the first-round in the NHL Eastern Conference playoffs with a 2-1 series lead.

“I think we’re learning about ourselves a lot through this and how we handle it.”https://t.co/hWsvamJr8a

Columbus Clipped by One Run for Two Losses in a Row

While baseball understandably played second fiddle to the Blue Jackets last night (attendance was in the hundreds), the Columbus Clippers hosted the Pawtucket Red Sox down the street at Huntington Park on a very chilly evening. Falling behind 3-2 after only two innings, the Clippers tied the score after the third. However, the Red Sox quickly tacked on the go-ahead run in the fourth inning.

With two consecutive losses at home that drops Columbus into the basement of the International League West standings, the Clippers (4-7) need to take advantage of home field advantage tonight before hitting the road for a week in Rochester and Scranton.

The Columbus Clippers finish their 3-game home series against the Pawtucket Red Sox tonight at 6:35 p.m. at Huntington Park.

After a Richie Shaffer RBI ground out, Giovanny Urshela knocks home another run on an single to right! Clippers cut the PawSox lead to 3-2 in the third.