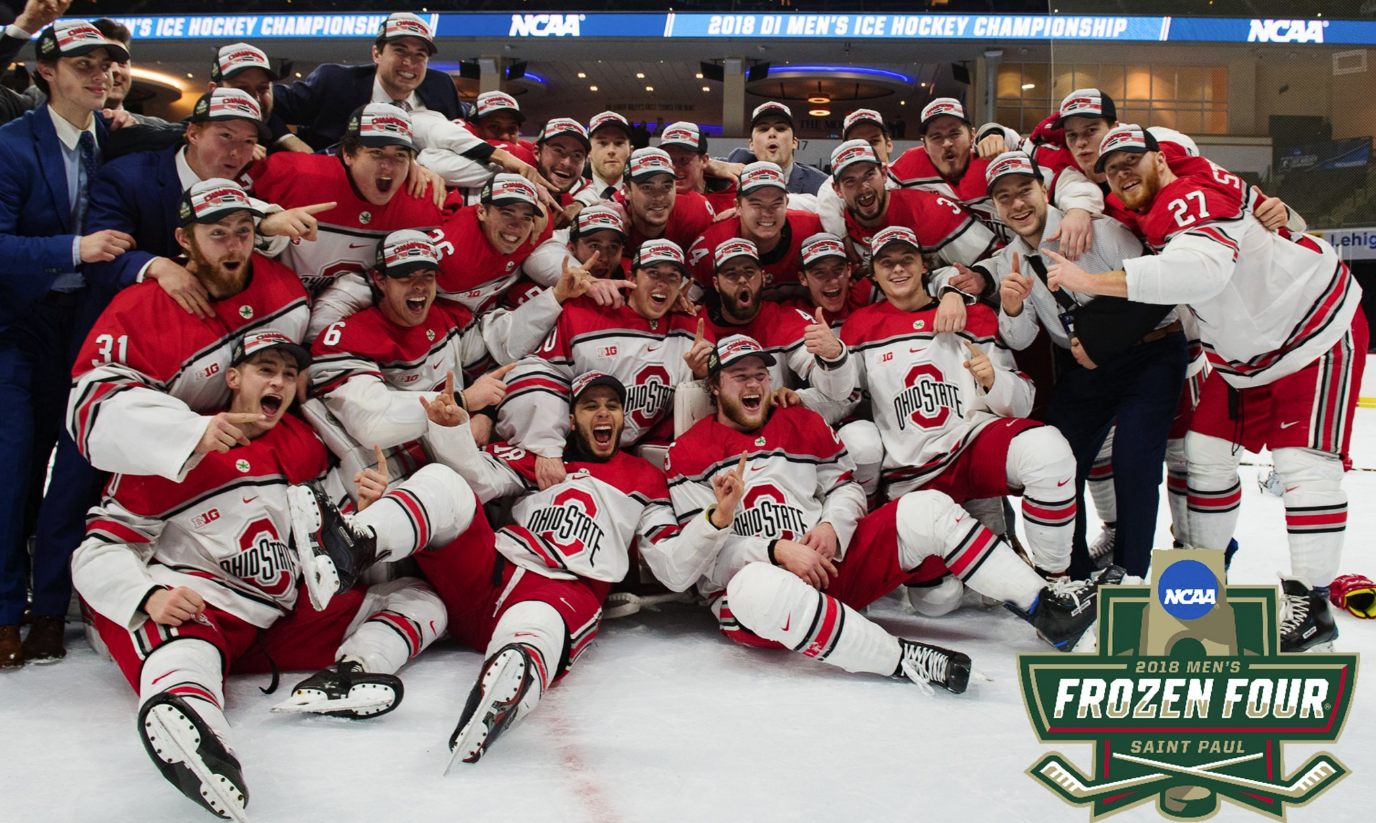 Hopefully, the CBJ Are Over the Blues

Losing 2-1 to the St. Louis Blues in regulation over the weekend not only prevented the Columbus Blue Jackets from earning any points, but simultaneously ended the CBJ’s 10-game winning streak. Nevertheless, the Blue Jackets must get back on the ice to start a new winning streak in Edmonton.

Unfortunately, CBJ captain Nick Foligno is reportedly suffering from a lower-body injury. His absence is being estimated somewhere between 2-4 weeks.

The Columbus Blue Jackets (89 points) travel to ‘the Festival City’ to play the Edmonton Oilers (74 points) tonight at Rogers Place at 9 p.m. on Fox Sports Ohio.

“During our resurgence, I don’t want us to lose our swagger. We need to keep going about our business.” – Torts#CBJ pic.twitter.com/I6NkgfKqGK

A four-goal margin of victory against Denver this past weekend booked the Ohio State men’s hockey team a ticket to the Frozen Four.

Winning 5-1 against the reigning national champion Denver Pioneers—a storied program in college hockey—the Buckeyes are proving to be a formidable force as the ultimate prize is within sight.

With the program’s first NCAA title a mere two wins away, the men in scarlet & gray could potentially play in one of the most intense and entertaining national championships. One of the teams in the other national semifinal is from that state up north.

If only just for sports history’s sake, please let this championship game happen!

For now, let’s take the Frozen Four one game at a time for the Buckeyes. The Ohio State men’s ice hockey team will play Minnesota Duluth next Thursday, April 5, at the Xcel Energy Center in Saint Paul, Minnesota at 6 p.m. on ESPN2.