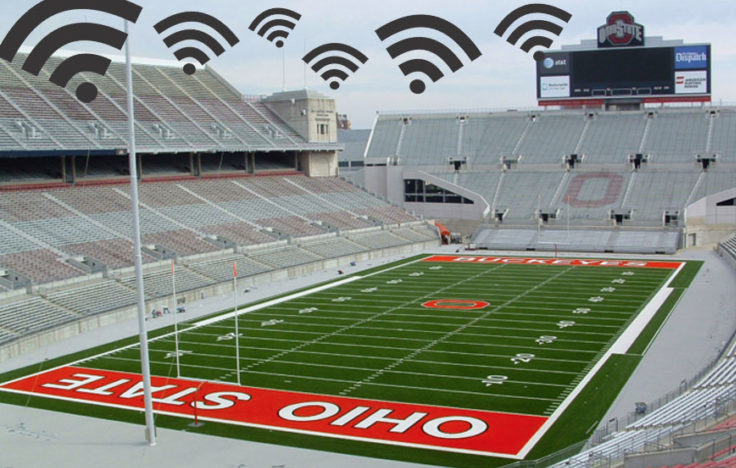 It’s been a long time coming but it appears the Shoe and the Schottenstein Center may finally be getting Wi-Fi.

On Friday, the Ohio State Board of Trustees will vote on a proposal that would bring wireless connections to both of campus’ biggest venues.

With construction, services, and actual technology to make indoor and outdoor Wi-Fi possible, the budget for this project weighs in at $18.8 million.

But no cost is too high when it comes to improving the fan experience, right?

Back in 2012, there was a little miscommunication between OSU and Verizon Wireless about a contract, the former thinking the latter was going to install Wi-Fi at the Shoe and the latter saying it wasn’t part of the agreement.

This tussle went on for a while and was actually taken all the way to federal court.

Then, ten months ago, sources were reporting that Wi-Fi at Ohio Stadium and the Schott was scheduled to be installed and ready to go by the 2018 football season. That was also when the project was projected to cost about half as much.

What do you think about Wi-Fi being installed at The Shoe and the Schott? And if it does happen, what should the internet connections be called?