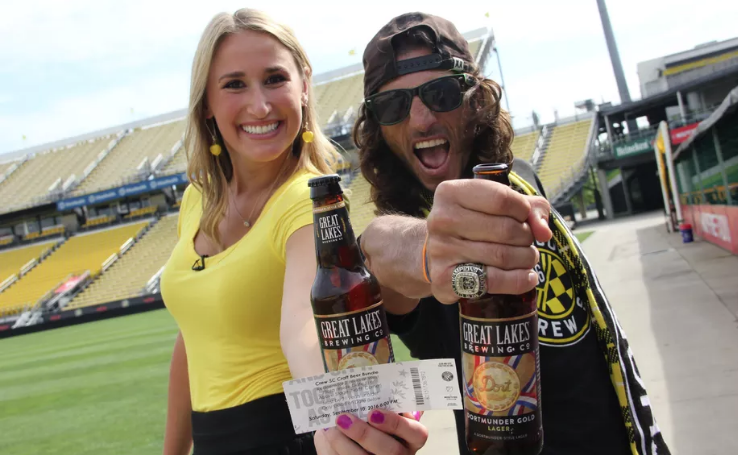 Frankie Hejduk, the face of Columbus Crew SC and former team captain, fired some less than favorable Twitter shots at a former coworker on Wednesday then slipped into social media hibernation.

She put out a tweet Wednesday, representing Cincinnati. Hejduk replied with a string of tweets calling her a “traitor” and “fake.” 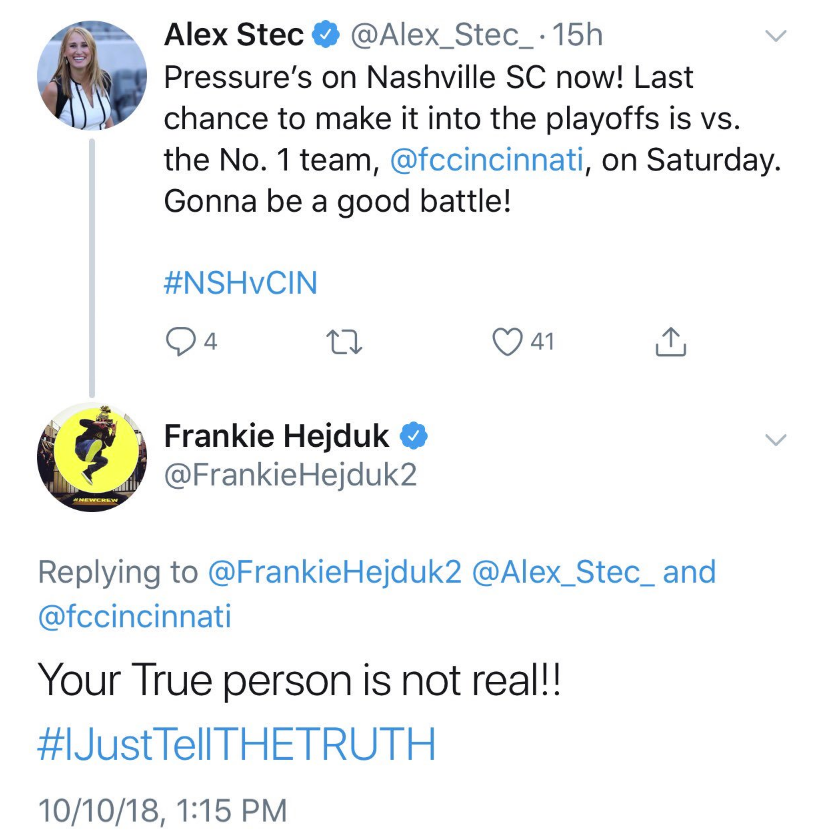 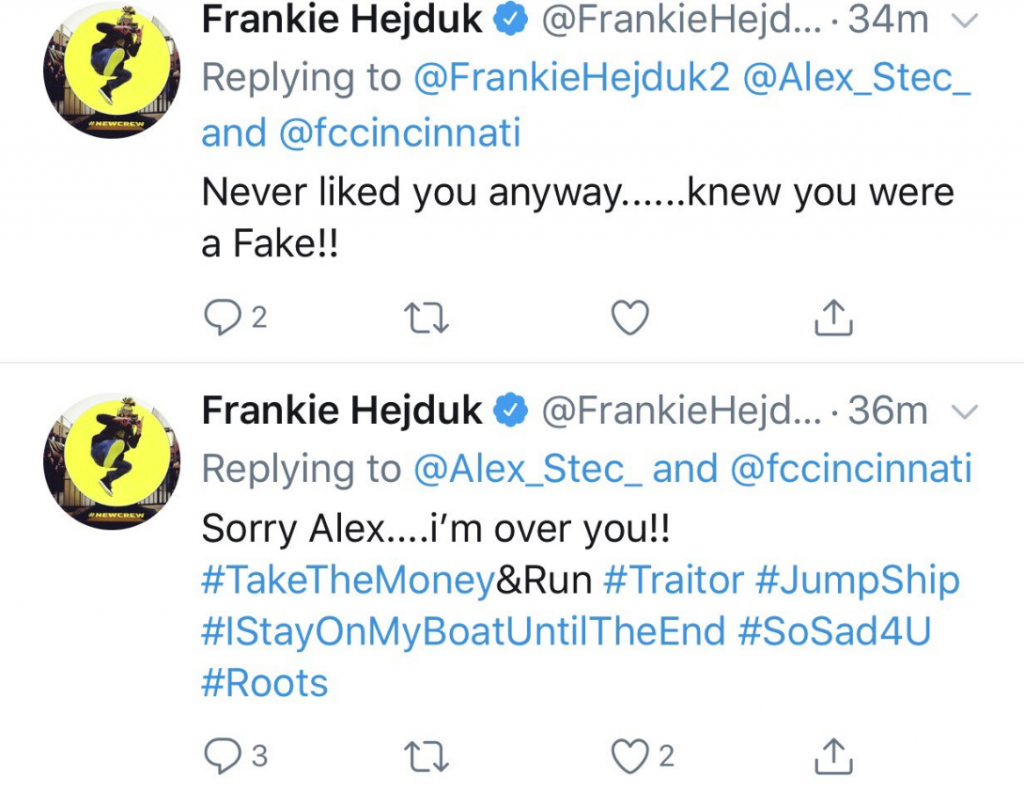 Some people believed these tweets were uncharacteristic of Hejduk and wondered if his account was hacked.

But, Hejduk confirmed to his followers that he was acting on his own accord while also continuing his criticism of Stec, claiming she “took the easy way out.” 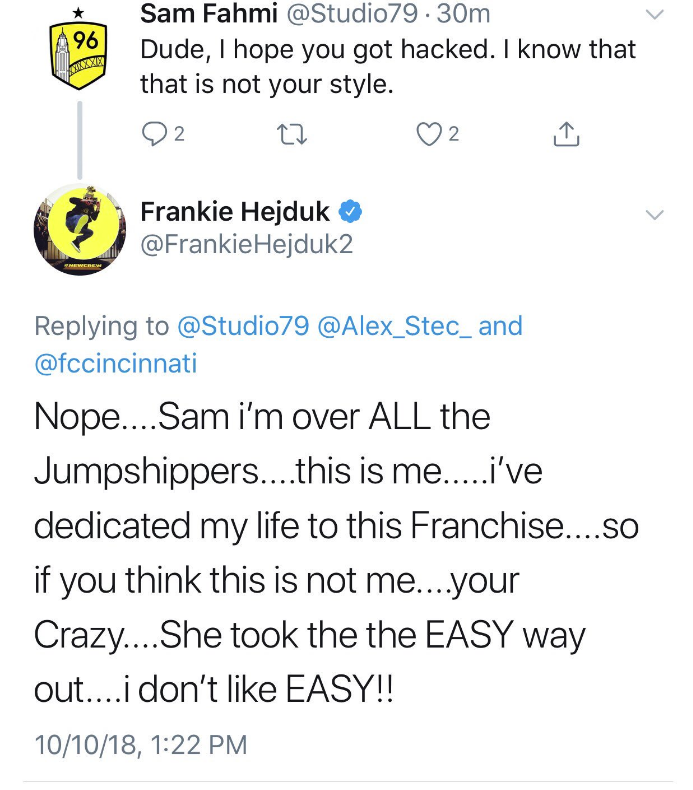 Murphy also claims that with earnings from his soccer career in the states and overseas, Hejduk would be able to sustain himself if the Crew were to relocate and he were to lose his jobs unlike other Crew employees.

Do you relate to Hejduk’s frustration or do you find it inappropriate?