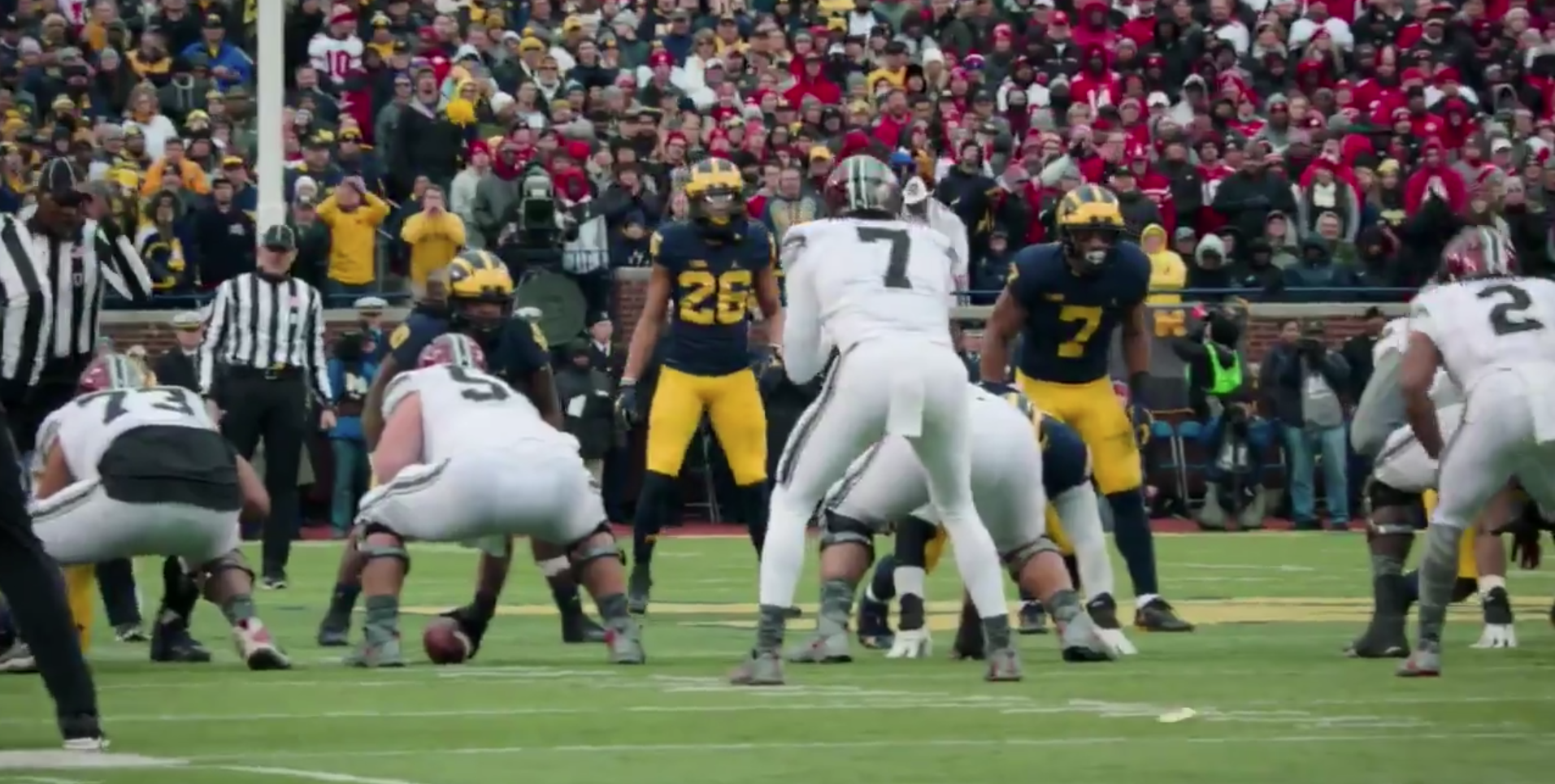 There are few better viewing spectacles than the Ohio State-Michigan rivalry game. Now, we have access to the listening spectacle, as well.

As part of the Amazon Prime Original documentary, All or Nothing: The Michigan Wolverines, players and coaches in blue and maize were mic’d up during the Ohio State game in 2017.

Sometimes, the Wolverines came through with their trash talk. Other times, they got caught making fools of themselves—such is the case when QB J. T. Barrett injured himself mid-game, forcing true freshman Dwayne Haskins to take the hike.

Per 12up.com, Michigan players can be heard saying:

“We about to get his ass, they got seven coming in.”

This banter is followed by Haskins hurling a beautifully completed pass.

In true Jim Harbaugh fashion, he screeches a, “DANG IT” and stomps his khaki-laden leg in response.

“We bout to get his ass. They got seven coming in.”

The Amazon documentary series on Michigan’s 2017 season, “All or Nothing: The Michigan Wolverines,” is excellent. We give it 👍👍 pic.twitter.com/JfOxcp68jO

Here’s another priceless reaction from coaches after Ohio State intercepts a pass.

It’s that good. Check it out if you can. pic.twitter.com/nJMmfCw4jV

Got Amazon Prime? Stupid question, of course you do.

Watch the first season of All or Nothing: The Michigan Wolverines to hear more audio from the 31-20 butt whooping they got courtesy of our mighty Buckeyes.