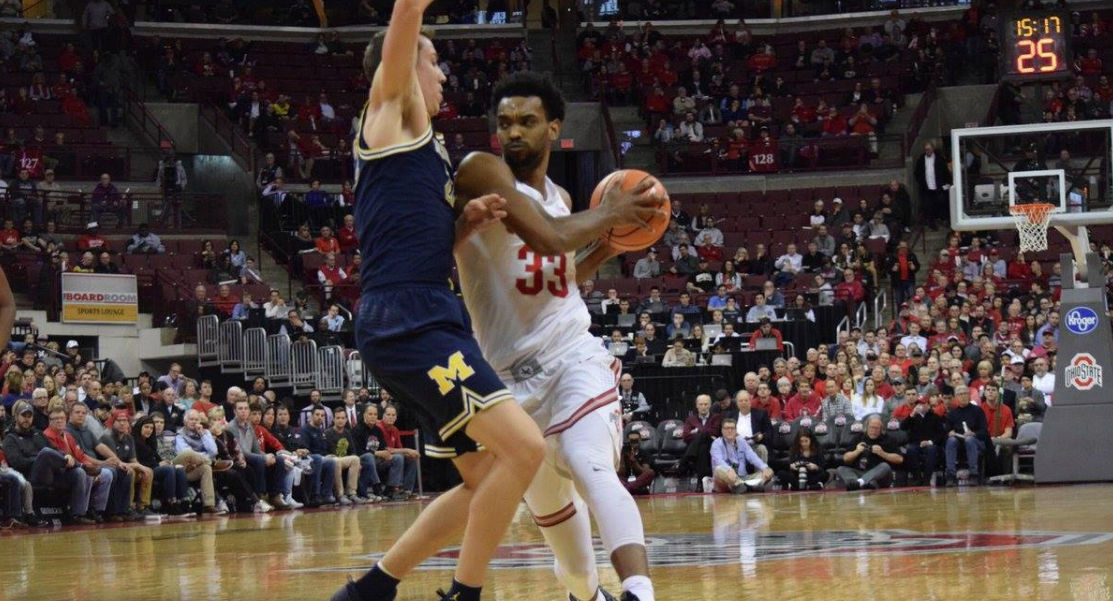 Got five minutes? Brief yourself on all the latest in Columbus sports.

Ohio State’s massive 80-64 upset against the #1 Michigan State Spartans at home confirmed their bright future with first-year head coach Chris Holtmann, as well as their fondness for nostalgia. Broadly reminiscent of Thad Matta’s surprise takedown of top-ranked Illinois in the Schott in 2005 (Mr. Matta’s first season), the Buckeyes exercised deft skill with a rattling confidence that showed fans locally and nationally that they are eager to return to the ranks of college basketball’s elite. OSU’s Keita Bates-Diop was the brightest showcase of this aforementioned talent, whose 32 points led him to a Big Ten Player of the Week honor. The Buckeyes host the Maryland Terrapins (14-4, 3-2) on Thursday at 7 p.m. on ESPN 2.

A win against that team up north is always a great reason to celebrate. The #10 Ohio State women’s basketball team took down #22 Michigan 78-71 in OT this past Sunday in enemy territory before their male counterparts took down that other team up north back in Columbus. And not only was senior Kelsey Mitchell recognized again as the Big Ten’s Player of the Week this season (third time) after 37 points against the Wolverines, but the Buckeyes are now 15-2 overall and undefeated in conference play (4-0). Next up is a drive on I-70 W to battle the Indiana Hoosiers (8-9, 1-3) in Bloomington this Saturday at noon on the Big Ten Network.

Over time, the Blue Jackets are reestablishing their place near the top of the NHL with 53 points and a second-place standing in the Metropolitan Division. Their current two-game winning streak (a SO win against Florida and an OT win in Toronto) highlights a team that simply won’t give up. Three unanswered goals against the Maple Leafs Monday night—including two goals scored in the final minutes of the third period and an Artemi Panarin game-winner in OT—reveal a rejuvenated pattern of resiliency for Columbus in the new year. The Blue Jackets return to the ice this Thursday in Buffalo against the struggling Sabres at 7 p.m. on Fox Sports Ohio.