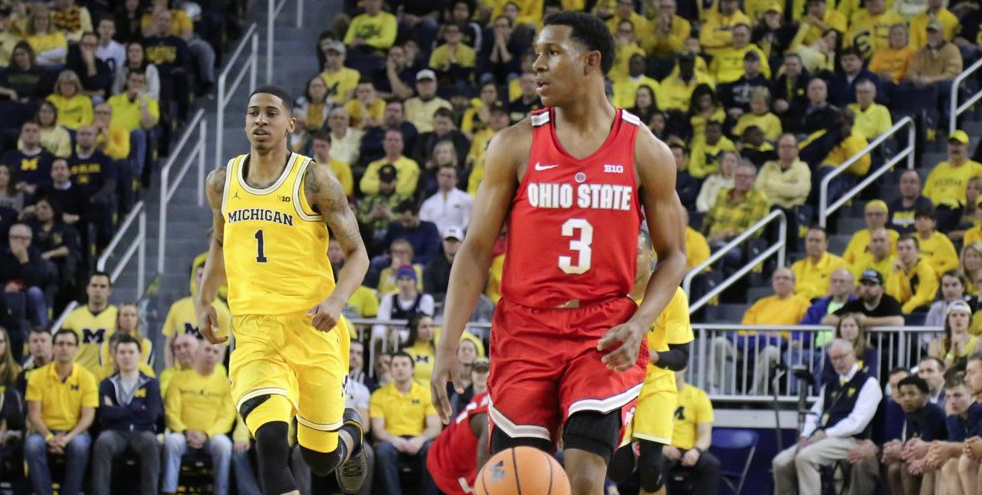 Could Amazon HQ2 turn Ohio into a blue state?

Two losses in a row to Penn State (79-56) and that team up north (74-62) have the #16 Ohio State men’s basketball team (22-7, 13-3) searching for answers as the regular season winds down. What Buckeyes team will show up going forward with the Big Ten tournament and March Madness quickly approaching? Although, one bright spot recently has been senior forward #1 Jae’Sean Tate having recorded a double-double (20 points & 15 rebounds) over the weekend in Ann Arbor by being the muscle man in the paint with a PlayStation-caliber spin move akin to Braxton Miller at Virginia Tech in 2015.

The Ohio State Buckeyes will be looking for a course-correction as they host lackluster Rutgers (13-16, 3-13) tonight at 7 p.m. on the Big Ten Network.

Surely encouraged by a 6-1 blowout win versus the Devils (70 points) in Columbus on Feb. 10, the Blue Jackets (63 points) are in New Jersey to hopefully repeat history. However, Columbus captain Nick Foligno suffered a lower body injury in Sunday’s 5-2 loss against the Pittsburgh Penguins. It’s being reported the CBJ captain will be out for the next four weeks. Even with this setback, if the CBJ can replicate their recent success against the Devils, they can start the process of melting Washington’s 12-point lead atop the competitive Metro Division.

The Columbus Blue Jackets will play the New Jersey Devils tonight at the Prudential Center on Fox Sports Ohio at 7 p.m.