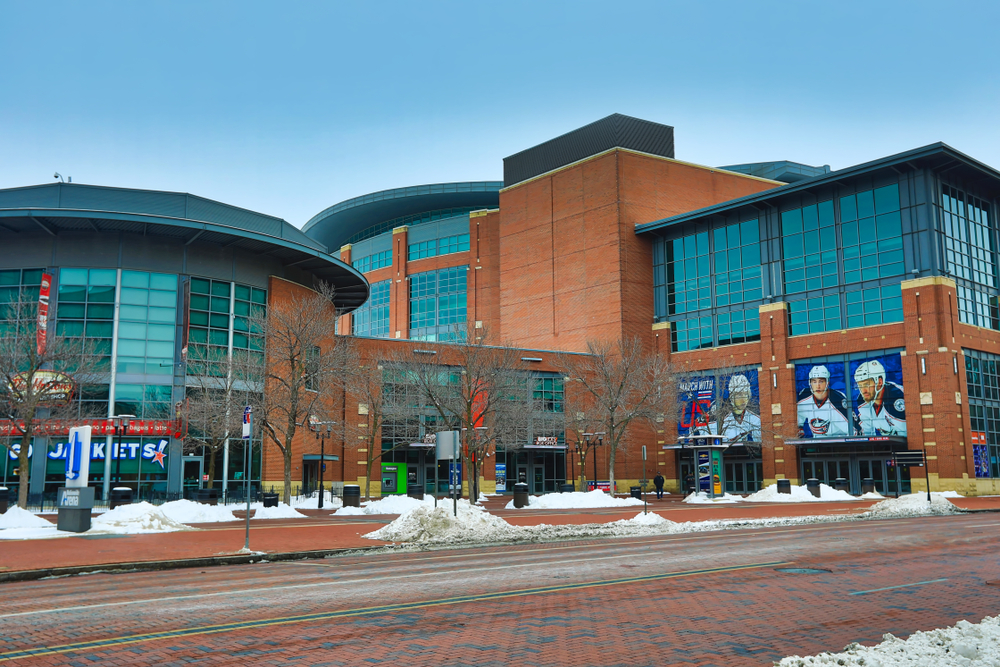 What’s wilder: The Columbus Blue Jackets winning five games in a row by scoring 21 goals and conceding just 11, or being a mere two-points shy of third place in the competitive Metro Division? Maybe the answer is both in equal measure.

Columbus defeated the Montreal Canadiens 5-2 at home last night with five different scorers. And with 12 games remaining and a maximum of 24 points remaining on the table (well, ice), a late-season winning streak is precisely what the CBJ needs. This goes not only for qualifying for the NHL playoffs, but also in earning as high of a seed as possible. And consider this: If the Blue Jackets win out, then Columbus would tie NHL history with the longest overall winning streak at 17 with the ’92-’93 Pittsburgh Penguins (last season CBJ won 16 in a row) and have the opportunity to own that record outright with an opening game win in the postseason. Just saying.

The Columbus Blue Jackets (79 points) travel to the city of Barry “Big Tasty” Goldberg to battle the Philadelphia Flyers (third place in Metro Division with 81 points) this Thursday night at 7 p.m. on Fox Sports Ohio.

With something to prove after the loss to Penn State in the final seconds of their B1G Ten Tournament game, the Buckeyes enter March Madness hungry to hopefully start the most rewarding winning streak of the season. With star #33 Keita Bates-Diop, as well as several starters and players coming off-the-bench who can score in bunches on any given day, Ohio State can be tough to prepare for in a tournament setting. And as long as OSU head coach Chris Holtmann doesn’t seek any outside advice from the TBS Selection Show producers (what was that?), the Buckeyes will have a great chance to clear the first and often tricky hurdle in the NCAA Tournament against an unfamiliar, yet formidable opponent from the Mount Rushmore state.

The 5-seed in the West bracket Ohio State men’s basketball team travels to Boise, Idaho to battle the 12-seed South Dakota State Jackrabbits this Thursday afternoon at the Taco Bell Arena (yo quiero Chipotle) at 4 p.m. ET on TNT.

Selection Monday revealed the Ohio State women’s basketball team is the 3-seed in the Spokane Regional. #3 Kelsey Mitchell leads the Buckeyes into an NCAA Tournament that has historically tripped-up past Ohio State women’s basketball teams with impressive regular seasons. Can OSU finally power through for an unforgettable run in 2018? Many Buckeyes fans are hoping so, since this year’s Final Four is in Columbus, OH-IO.