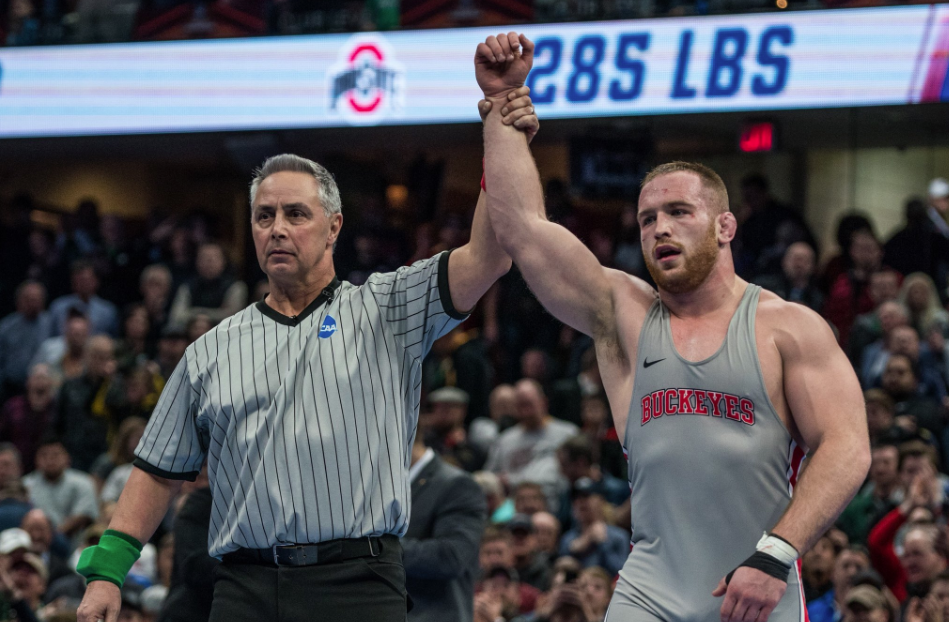 Interview: Creed from “The Office” is jack of all trades

A 5-4 OT win against the Boston Bruins last night extends the CBJ’s winning streak to eight. With nine games remaining in the regular season, and the Blue Jackets hanging onto one of the two Wild Card spots in the Eastern Conference, Columbus may be hitting their stride at the right time. Plus, by scoring in four consecutive games, center #38 Boone Jenner is establishing his own impressive streak on the ice. And with a win later today, the Blue Jackets could surpass the Philadelphia Flyers for third-place in the Metro Division.

Taking full advantage of playing their first NCAA Tournament game at St. John Arena in Columbus, the Ohio State women’s basketball team dominated the 14-seed George Washington Colonials 87-45 this past Saturday afternoon. However, the Buckeyes were shocked last night in the very same St. John Arena as the 11-seed Central Michigan Chippewas unceremoniously defeated the scarlet and gray 95-78. Sparked by a dominating second quarter (outscoring OSU 25-6), Central Michigan ended the Ohio State women’s basketball team’s fantastic season that included a B1G Ten Tournament title. But sadly, the Buckeyes will only be spectators for the women’s Final Four being played—that’s right—here in Columbus.

While the collegiate career of the amazing Snyder-Man is complete, his legacy will continue to build from this point forward. Ohio State’s star heavyweight-class wrestler Kyle Snyder claimed his third NCAA championship in Cleveland this past weekend versus the Wolverine Adam Coon, that beast up north who had 60-pounds on the Buckeye champion. And despite not being a football or basketball star, Mr. Snyder has received comparable treatment by the local media in recent months for his achievements.

Let’s celebrate the NCAA and Olympics champion for his remarkable accomplishments. Kyle Snyder will go down as a wrestling legend who we can proudly say wore the scarlet and gray for The Ohio State Buckeyes.