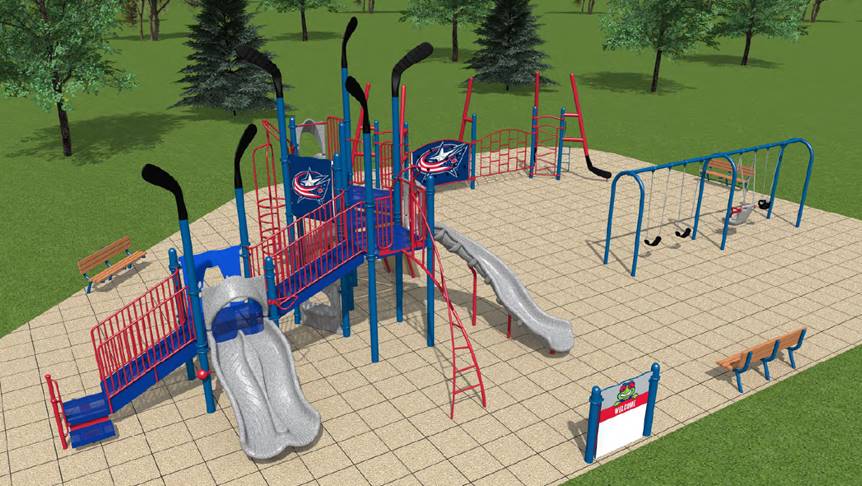 Rippers ripped out of campus landscape, Mexican fusion slips in

As a commitment to the community and the younger generation, Columbus Blue Jacket Foundation has announced a new playground going into Barnett Community Center.

On August 15, Blue Jackets staff alongside former players will spend the day completing the installation of the playground—the fourth of eight others by the hockey foundation.

Back in 2016, the CBJ Foundation announced a $400,000 grant commitment to build and install eight Blue Jackets-themed playgrounds throughout central Ohio over the next four years to help kids get healthy, play safely and stay active.

.@BlueJacketsNHL staff did a great job getting the equipment ready for the new #CBJ playground @ColsRecParks Barnett Park! Part 2 of the build coming on Wednesday! #CBJGivesBack pic.twitter.com/mcMqyAFJaS