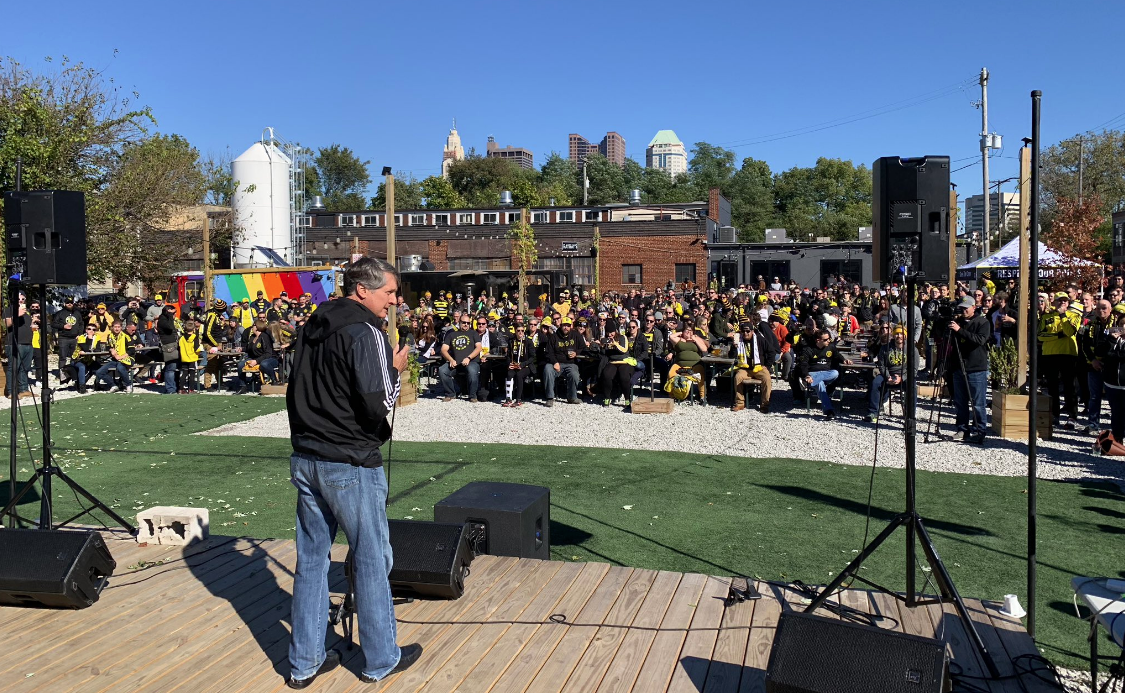 The dust has yet to settle but it looks like a year’s worth of the #SaveTheCrew effort has paid off.

On Sunday, Columbus soccer fans gathered at Land-Grant Brewing to celebrate the unofficial rescue of their club and hear from one of the team’s likely new owners.

“When you all spoke, we listened and the city listened and MLS listened and, what the heck, the whole soccer world to your guys’ message,” Dr. Peter Edwards told the crowd of fans, according to ABC6. “They heard your cry that the Crew belongs to you. It’s your team. It’s the city’s team and it shouldn’t be moved because one person has an idea that it should go to another city because it can’t. It’s ours.”

Edwards is a Columbus-native and Ohio State University graduate. He is a board certified orthopedic surgeon and has acted as the team physician for the Columbus Crew since its inception in 1996.

Cleveland Browns owner Jimmy Haslam is also expected to be a part of the Crew purchase.