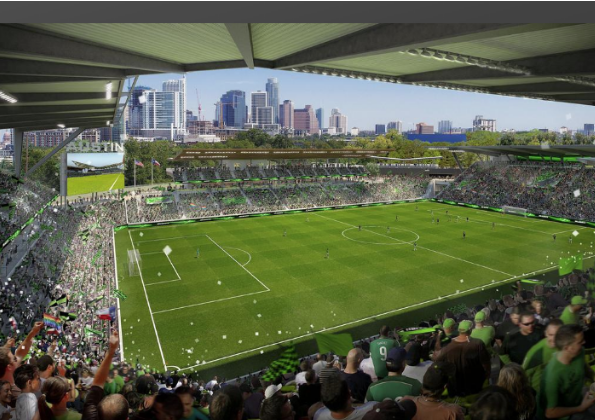 Electronic Classroom of Tomorrow now thing of past

One potential location for an Austin soccer stadium down, a few more to go.

Austin laid out several options when Crew owner, Anthony Precourt, and his gang started talking about ditching Columbus, one of them being Austin’s Travis Count Exposition Center. But Columbus Business First reports that option is now off the table after some MLS execs determined it was too far from the city’s urban core.

But unfortunately, Austin’s top dog is still on the table: Butler Shores Metropolitan Park. This location is our biggest threat and the way we see it, the main object standing in Columbus’ way of securing the Crew stays in Ohio.

Three other possibilities Austin has offered up include Roy Guerrero Metropolitan Park, an empty lot at 10414 McKalla Place off North Burnet Road, and a former Home Depot at St. Johns Avenue and I-35, reports CBF.

We’d never wish anything ill upon others (except *ichigan) but we wouldn’t be mad if sink holes mysteriously appeared at all four aforementioned properties. Fingers crossed.