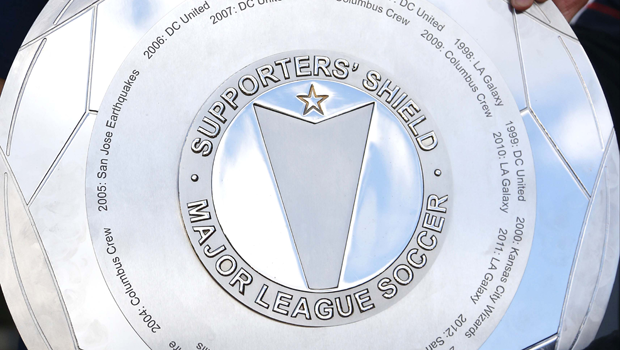 Of all seasons, Columbus Crew SC replicating its 2008 campaign would be a formidable rebuttal on the pitch—beyond the pending legal battle and Austin city council decision—to the subtle yet active PR campaign being waged against the Crew specifically and Columbus as a soccer city in general.

Crew SC can recapture its long-standing narrative as one of the top teams in the league and most valuable American soccer cities by reminding the nation that the future goalkeeper, captain, forward and potential head coach of the United States Men’s National Team (USMNT) competes in and was orchestrated right here in Ohio’s capital city.

At this point in 2008—that magical season when the original Black & Gold in MLS won the Supporters’ Shield and MLS Cup—the Crew had earned 31 points.

While Crew SC is sitting in 4th place in the Eastern Conference halfway through the season, and only seven-points out of first place in the conference and league, Columbus has played more games than the teams above and below its 27-point mark.

Columbus isn’t far off from it’s the 2008 Supporters’ Shield and MLS Cup championship pace in the regular season. However, Atlanta United FC surging, along with playing more games than its competition are new variables to combat a decade later.

Anthony Precourt and Don Garber’s MLS will do whatever it takes to make Columbus look bad. The evidence is far-reaching and disgusting.

As more fans outside Columbus learn about what’s really going on, the Crew winning the Supporters’ Shield and MLS Cup becomes one hell of a counter offensive.

Those would be more black eyes in the PR sense for Anthony Precourt and Don Garber’s scheming MLS.

This is why a six-game winless streak is noteworthy in these uncertain times. With the future of the Crew in Columbus up in the air, the original Black & Gold in MLS should take a cue from Lionel Messi’s Argentina.

While admittedly not a direct comparison by any stretch of the imagination, sometimes people need a bold—sometimes ever-present—reminder of a team’s potential and value on the biggest stage while facing the pressure and various types of survival.

If Don Garber’s MLS approves the relocation of a club that just won the Supporters’ Shield and MLS Cup, that will send a chill down the spine of every MLS fan regarding the “if it can happen in Columbus…” narrative.