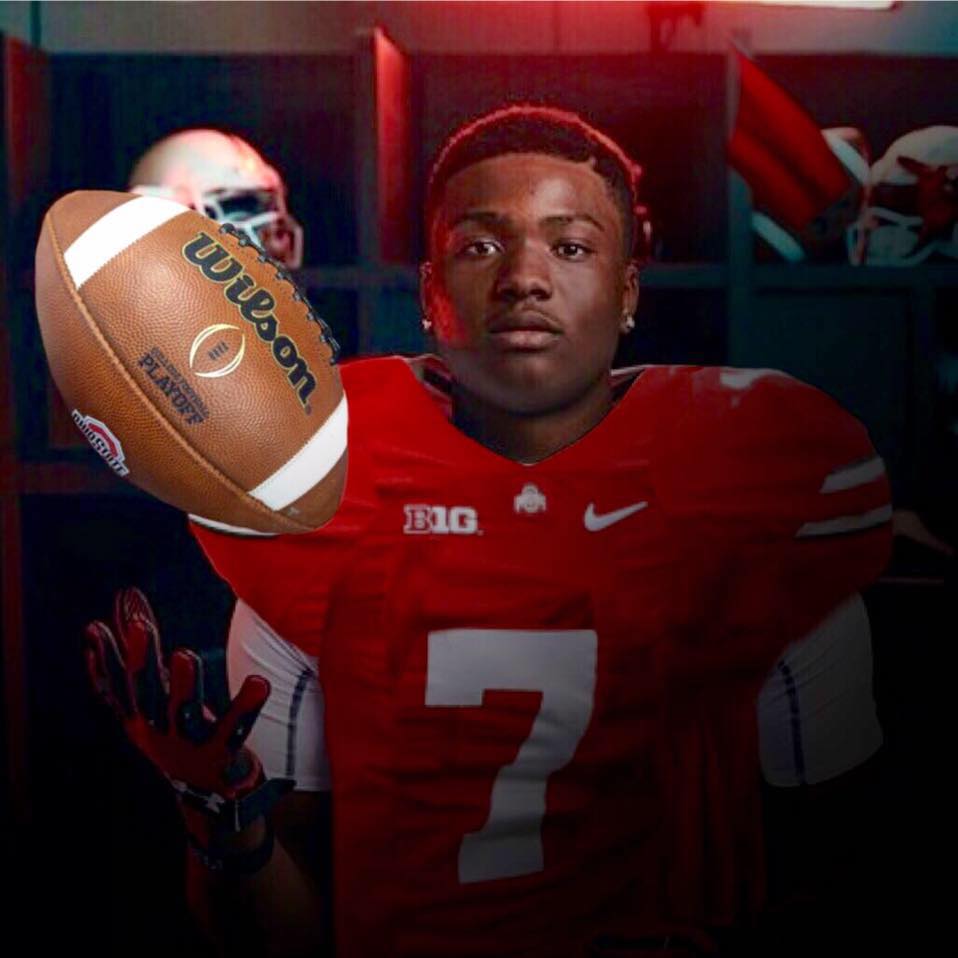 In the midst of the 2018 B1G Ten Football Media Days, Urban Meyer and his Buckeyes are poised for another big season.

And for all the good former standout J.T. Barrett contributed as quarterback of the Buckeyes, the coaching staff singularly put the team on his shoulders in too many moments.

Some paid off—the 4th down conversion late in the game against That Team Up North in 2016—while some didn’t.

Coupled with a long list of underclassmen receivers waiting for their chance to make a statement by making catches under the bright lights in front of the head coach, this should translate into relentless motivation to impress.

And this is where Mr. Haskins comes into play.

Given the widespread talent around #7 in playmaking running backs, receivers and tight ends—not to mention Mr. Haskins’ skills as an escape artist from pocket pressure—his primary function as quarterback should be to spread out the spread offense.

Personal development will surely be baked into OSU’s strategy game-to-game and for the season collectively.

Individual shining moments, like the 6-7 for 94 yards performance against That Team Up North last season by Mr. Haskins, will likely happen with some frequency this year.

Having said that, there is no singular superstar on the Buckeye offense.

This needs to translate into productive yet exciting, innovative play-calling from Coach Meyer on the sideline and Kevin Wilson up in the booth to keep defenses guessing at which player will be carrying or receiving the pigskin.

In a man-to-man defense, there will likely only be a handful of teams that can match up with this year’s Ohio State team when spread out.

Therefore, this luxury in viable options dictates that Coach Meyer should view his 6’3” 220-pound quarterback as a play maker and willing distribution channel in equal measure.

Mr. Haskins doesn’t have to do it himself with forced runs up the crowded middle akin to J.T. Barrett last season.

The former has reliable support in two capable running backs and a dealer’s choice in receivers.

Dwayne Haskins can streamline Ohio State’s dynamic offense on the field and, in practical effect, reintroduce the no-huddle playbook.