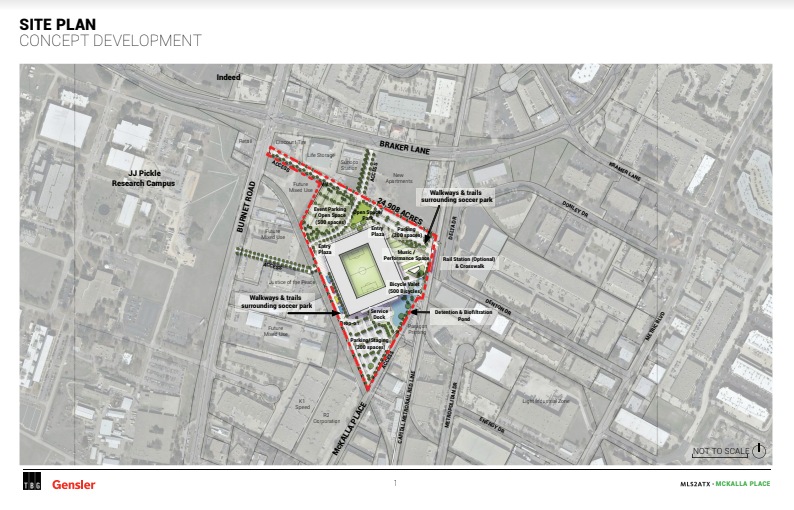 Yanny or Laurel? Weigh in on the internet’s latest pointless sensation

Precourt Sports Ventures has recently made another move in the chess game that is Columbus, OH vs. Austin, TX with the helpless Crew SC stuck in the middle.

Crew owner Anthony Precourt and his gang have released a conceptual site plan for a Major League Soccer stadium on the outskirts of Austin.

The 24-acres of city-owned property called McKalla Place is situated north of Austin and was the former location of a chemical company, though the area has undergone significant environmental cleanup since.

Precourt’s been eyeballing this location for about four months now.

According to Columbus Business First, the site plan calls for 1,000 parking spaces, walkways and tails, a pond, a 500-space bike valet, and a small music or performance area.

PSV is slated to submit a formal proposal to the city of Austin by the end of May, reports CBF.

CBF added that Precourt has said Mapfre Stadium is too far from downtown Columbus (7 minutes) yet McKalla Place is about three times the distance from downtown Austin (23 minutes).