Lenny Kolada doesn’t brew the beer, but his passion for craft beer has earned him recognition as the preeminent elder statesman of the local craft beer scene.

He founded Barley’s, and the subsequent Barley’s Smokehouse, which simply became Smokehouse Brewing after Lenny parted ways with his partners at the original Barley’s.

Then, his friends at Columbus Brewing asked him to refer any interested parties their way if anyone asked about buying used brewing equipment. After mulling things over for a bit, he bought the old CBC brewery on Short Street and launched Commonhouse Brewing Company as a production brewery.

Commonhouse had its share of troubles out of the gate. Their distributor had a warehouse fire that set the brewery back, then they realized that they didn’t have the same vision for approaching the market.

Their original brewer apparently wasn’t up to the task of production brewing, resulting in Alex Kolada, Lenny’s son, being promoted by way of trial by fire.

Fortunately, Alex has a passion for beer and finds joy in the laborious grind of cranking out production beer.

That leaves dad handling the office side of the operation, and one of his tasks was keeping his ears and mind open to any feedback from the market.

He didn’t necessarily like everything he heard, but he listened, and effectively rebuilt the brand. That’s something that has always set Lenny apart. It’s not uncommon for brewers and brewery owners to get stuck in their ways, and become slaves to the convention of their own egos.

Now, Commonhouse is known for offering beer the way it was meant to be. Great tasting, easy drinking, and suitable for any situation.

After initially eschewing an entry into the crowded IPA category, Commonhouse kicked off 2018 by offering an IPA created by way of public input. IPA For The People, you see, is also by the people.

Then, after more public input, Czech, Please Pilsner was released this summer. These beers join the flagship amber ale, Six One For Good which is the engine behind Commonhouse’s “B” corp status. Buy a six pack, and a buck goes back to the community. So far, 10 grand has been disbursed. 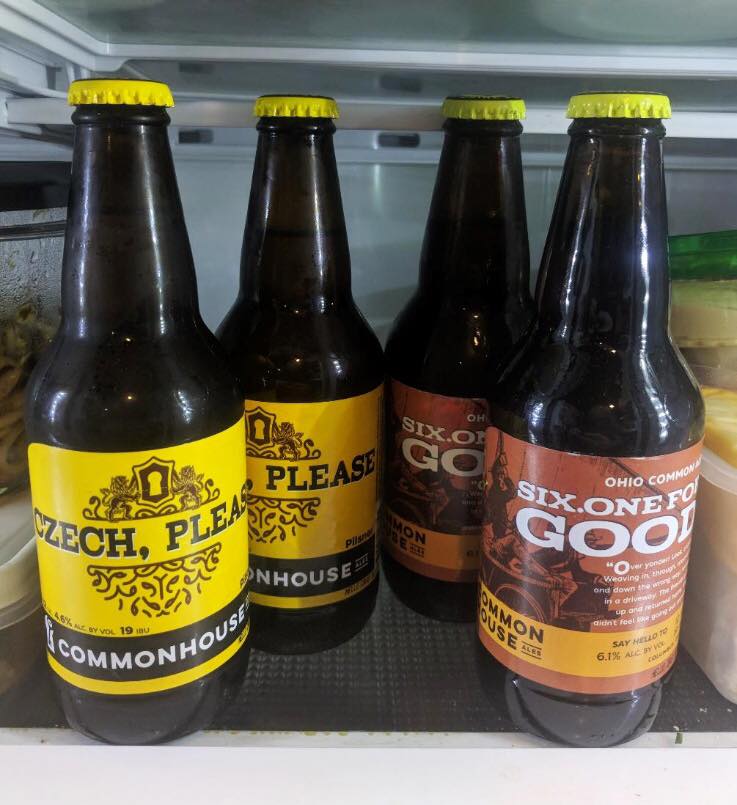 These three beers probably won’t blow your mind, but who needs that?

All three have enough complexity to merit beer geek discussions, but they are also beers that don’t need your fuss. You can drink them in quantity after a day of lawn maintenance, or wash down a burger with a gluttonous gulp.

Then again, Six One For Good would be great with a steak, and Czech, Please would be perfect with a clambake.

Smokehouse provides Lenny and Alex with a playground from which to push the envelope, and if something is a big hit there, it might find a place in the Commonhouse Portfolio.

This gives them place for public engagement and ensures that Commonhouse won’t get mired in a rut.