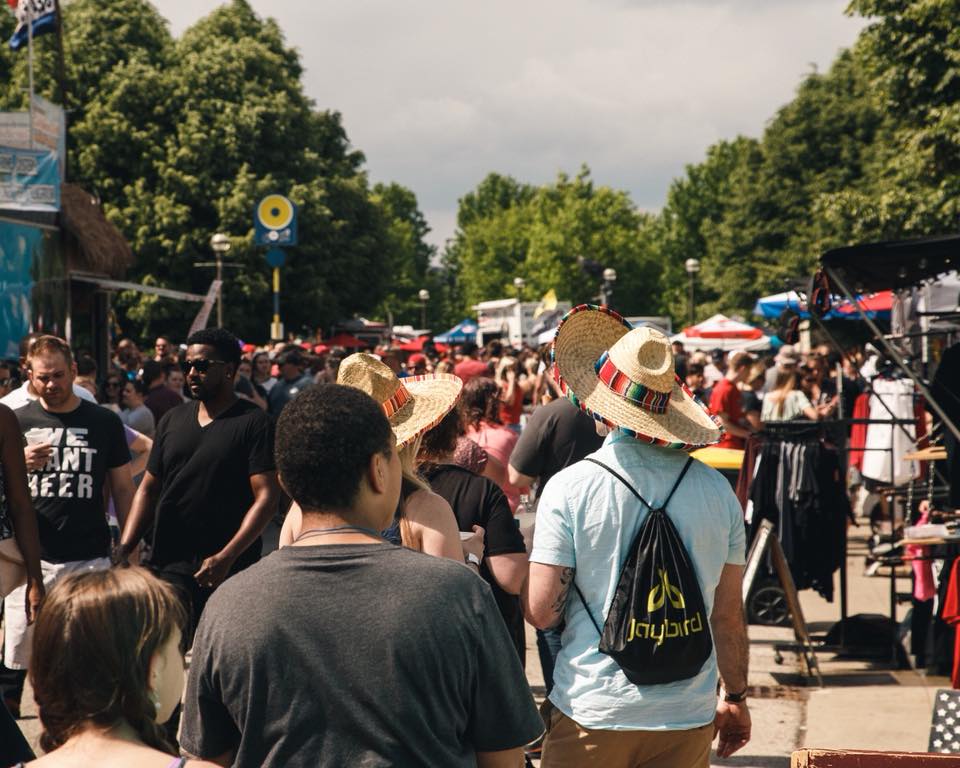 On a Saturday on May 19, Columbus was introduced to a new festival dedicated to the one thing in the city everyone seems to love: tacos. It was a festival full of booze and food all complimented by warm weather in an open space.

That was until the open space became crammed, the weather took an unexpected turn, and vendors began running low on supplies.

Comments on Facebook began to build with people voicing their concerns and opinions about the events. Though the comments were sometimes harsh, some of them did hold truth and Tori Lynch, director of event logistics for the first ever Columbus Taco Fest, and Hugo Albornoz, event director, wanted to clear the air and respond to the critiques.

So what happened here? Lynch said it was a planning mistake.

One year ago during the planning process, Taco Fest was estimated to garner roughly 10,000 to 15,000 attendees based on its popularity and engagements on Facebook.

Unfortunately, that estimate was about half of the actual amount of people who came to the festival; between 30,000 and 35,000.

“This isn’t something where you can just call the city and say, ‘Can I have another block?’,” explained Albornoz. “It’s something you have to plan ahead.”

Lynch recognized the lack of water, soda, and booze stations at this year’s festivals and believes the simple solution is to add more beverage stands in the future.

They also have plans to move from Genoa Park to have more space for a larger festival.

Around 5pm at Taco Fest, the Columbus Department of Police notified the Taco Fest coordinators that the festival would have to be temporary closed due to unsafe weather in the area.

An hour beforehand and just down the road at Mapfre Stadium, Rock On The Range 2018 was also temporary closed due to weather.

Due to a severe thunderstorm with heavy lightning approaching our area we are evacuating the venue to keep everyone safe.

Please calmly move to your vehicle or the Lausche Building. For updates please tune into 99.7 The Blitz and our socials.

Though the Taco Fest’s Facebook page stated the festival would happen rain or shine, Lynch explained the temporary closure was out of the event coordinator’s hands due to safety protocol.

“The most frustrating thing for us was it looked perfectly fine—I mean there were scattered clouds that day, but it didn’t look like there was an imminent threat,” she recalled. “So it kind of looked like we were shutting down early, but in reality we were just following the instructions of the city and the police and try to make sure everyone was as safe as possible.”

Lynch and Albornoz want to make sure all the critiques of the festival are well-informed and to promise action will be taken for more smooth and enjoyable Taco Festivals in the future.

“We hear that [your concerns], we know that’s frustrating. We get it,” Lynch said. “All we want to do is continue to build this festival and have an awesome experience year after year and continue to raise money for charities in central Ohio.

Albornoz and Lynch also echoed the sentiment that they wanted to give their thanks to anyone and everyone who was involved and came to the event.