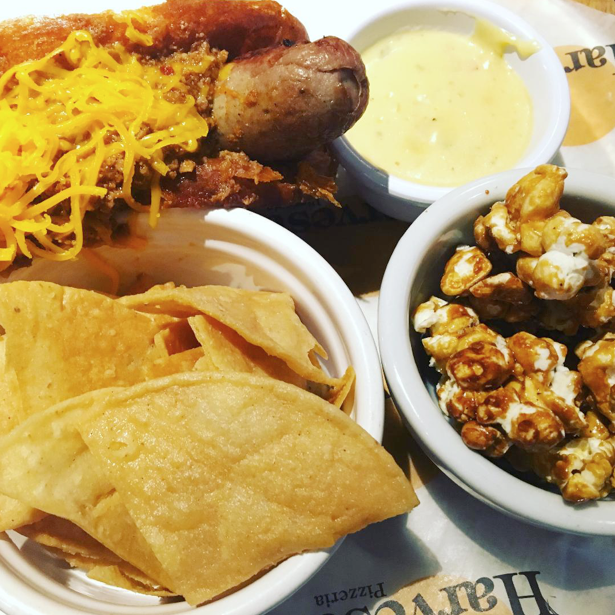 Wanna feel dim? Check out this 15yo graduating college before finishing HS

Watch, listen, eat, drink
Welcome back to Netflix and Grill, where we piece together some grub, a boozy drink, an album, and a binge-worthy show. Along the way, we plug the local establishments that make Columbus shine. Let’s celebrate the return of baseball season by binging IFC’s Brockmire, having the Opening Day Special at Harvest Pizzeria and spinning Guided By Voices seminal release Bee Thousand.

To be honest, I got completely lucky with this one. In honor of baseball season and IFC’s Brockmire, I was going to go to Dirty Frank’s Hotdog Palace and get a Chicago, Pittsburgh Princess and tots and accompany that with a Green Monster and a Chris Sabo. Classic, simple and in the spirit of Netflix and Grill.

However, as luck would have it, my wife and I were meeting friends for dinner at Dublin’s Harvest Pizzeria. Besides offering great pizzas and drinks (as well as large paintings of Willie Nelson and Sturgill Simpson), Harvest also has great specials.

On the opening week of baseball season, they Aaron Judged the special out of the park.

The special in the photo honored all things baseball and included a Chili Brat (brat provided by Harvest collaborator The Butcher & The Grocer) and homemade cracker jacks as well as house made nachos and cheese.

The brat was juicy with a touch of spice and the chili topping was hearty and rich.

The house made nachos were warm and had the right amount of salt and the crackerjacks fresher and more crisp than anything out of a box.

According to our server, the special was only going to be offered for opening week, but maybe you could ask about it and get lucky!

So you are probably asking yourself, what do low-fi, power pop icons Guided By Voices have to do with baseball?

Well, here is you answer: The brains behind GBV (and Dayton, Ohio native), Bob Pollard was a starting pitcher for Wright State University. In fact, he threw the first no-hitter in Wright State history. Luckily, for all of us, Pollard chose a career in music and not sports. 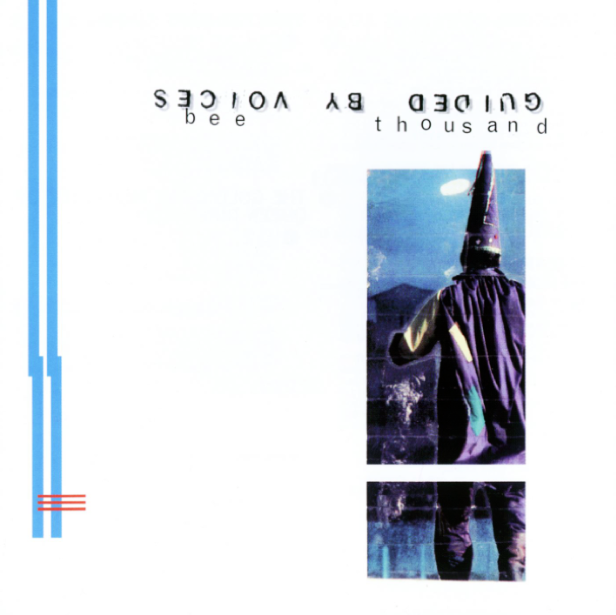 Another common connection would be the hard drinking antics and punk rock ethos Pollard shares with fictional character Jim Brockmire.

Pollard and Brockmire are both hard rocking and hard living anti-establishmentarians, so get yourself a bourbon drink (or 6), put that chip on your shoulder and crank up the Bee Thousand!

Premiering on IFC in 2017, Brockmire is a high energy riot that celebrates debauchery, self-loathing and the comeback story. The premise is that disgraced former Kansas City Royals broadcaster Jim Brockmire (Azaria) has hit rock bottom, but wants to make his way back to the top of his former profession.

The first stop on the way back to the major leagues finds Brockmire as the house PA for a VERY low minor league affiliate in Morristown, Pennsylvania.

The name of the affiliate? The Frackers.

The story about the team name is a very funny subplot that I won’t spoil for you. 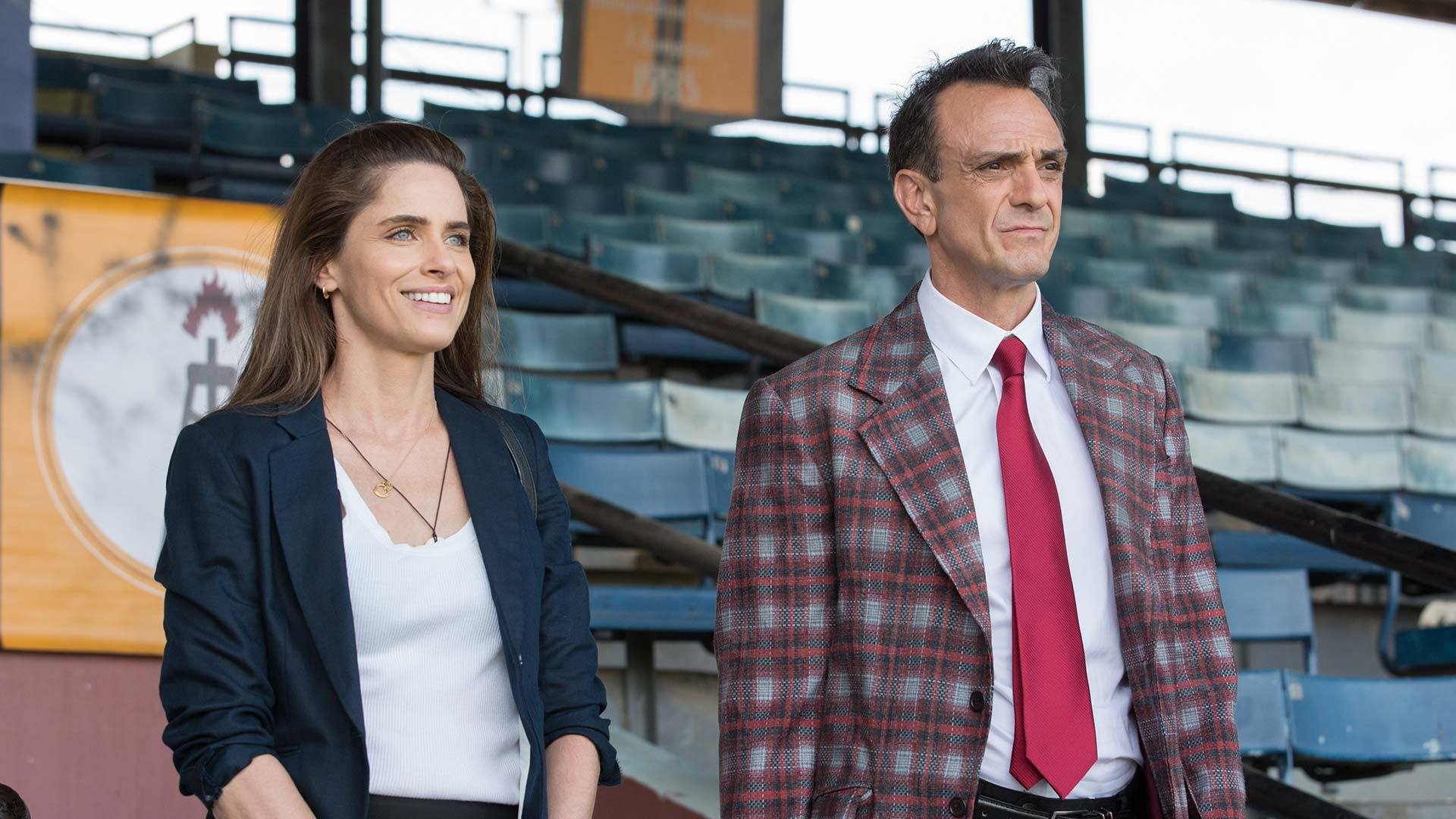 The source of Brockmire’s rock bottom journey? A bourbon soaked and profanity laden on-air meltdown detailing the discovery of his wife’s infidelity. This revelation is the very first scene of the series, and boy, what a scene it is.

In Morristown, Brockmire connects with Frackers owner Jules James (Amanda Peet) and befriends media intern Charles (Tyrell Jackson Williams). From the jump, the three leads work together like the 1927 Yankees and their teamwork provides a lot of vulgarity, profanity, and laughs.

Clocking in at around 22 minutes per episode and at only eight episodes per season, Brockmire is easy to blow through.

The binge is worth it as Azaria and Peet provide the best work of their careers and Williams does his best to steal each scene.

Season Two of Brockmire premieres tonight at 10 pm on IFC and season one is available to stream on Hulu.