Watch, listen, eat, drink
Welcome back to Netflix and Grill, where we piece together some grub, a boozy drink, an album, and a binge-worthy show. Peep the local plugs that make our city shine. This entry combines the Donald Glover television series Atlanta, the latest album from Glover persona Childish Gambino and a Columbus take on the Atlanta breakfast staple Biscuits & Gravy. Let’s get our Funkday started, shall we? 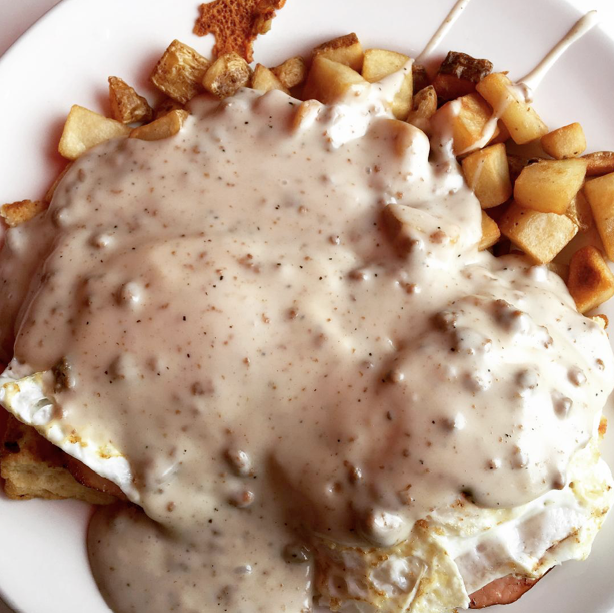 Located on Third Avenue in Grandview, the DK Diner has established itself as a go-to destination for breakfast, brunch, and dinner. The DK Diner serves hearty entrees, coffees, beers, spirits, and house made donuts. On my recent visit, I ordered signature dish ‘DK All The Way’.

The entree consists of Canadian Bacon, Eggs Over Easy, and Home Fries all served on a biscuit and slathered in sausage gravy. The bacon was flavorful, the eggs perfectly runny and the fries were crispy on the outside and tender on the inside. A fluffy biscuit added texture and the sausage gravy was hot and creamy. This dish is perfect for any occasion, and is cardiologist approved – if you’re cardiologist owns stock in Plavix. 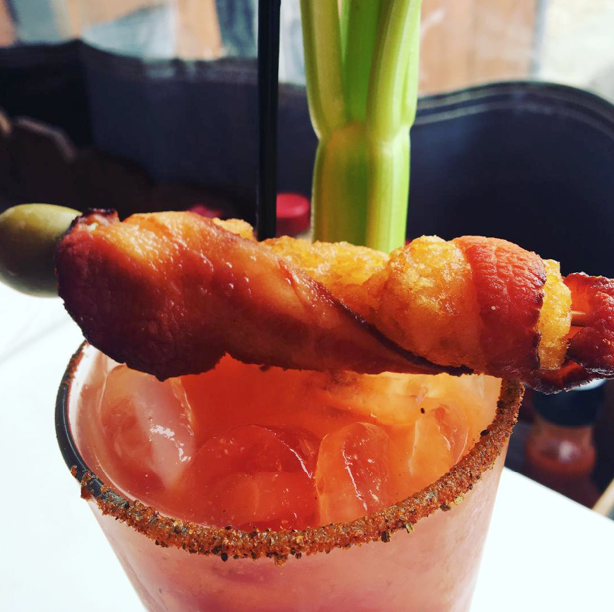 DK Diner is also home to one of the most unique Bloody Marys in central Ohio. The in-house mix is smoky and sweet and garnished with bacon wrapped tator tots. You’re welcome. 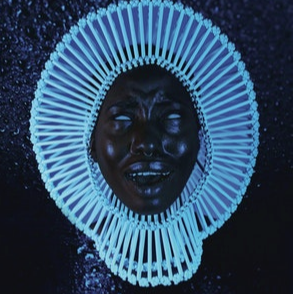 Released in 2016, Awaken My Love is a psychedelic, funky, R&B and soul filled departure from Childish Gambino’s previous work. This album is timely, but would also be comfortable on a shelf with releases from Curtis Mayfield, The Isley Brothers, and Parliament-Funkadelic. Glover sings, writes, produces, and plays percussion on most tracks while utilizing a bevy of guest producers and musicians to complete his Gambino vision.

Awaken My Love is a lot of fun, doesn’t take itself too seriously and smoothly transitions between tracks. If you are in the mood for psychedelic funk, soul, and R&B that simultaneously sounds Old School AND New School, this is the album for you. If you aren’t in the mood for this treat, give it a spin and you will be.

FX’s acclaimed and award winning dramedy Atlanta is different than anything else on television – and for all the right reasons. The synopsis is as follows: Brilliant, moody and underachieving protagonist Earn (Glover) drops out of Princeton University (under mysterious circumstances) and transitions to hometown Atlanta. Upon return, Earn becomes a father but due to a combination of bad decisions and bad luck, has a strained relationship with his daughter’s mother Vanessa (Zazie Beets).

While trying to repair his family dynamic and permanently win back Vanessa, Earn manages the career of his estranged cousin Alfred (Brian Tyree Henry), a burgeoning rapper (who moonlights as a midrange marijuana dealer) and becomes close with Alfred’s best friend Darius (Lakeith Stanfield) a perpetually stoned and eccentric clairvoyant. The trio eventually find themselves emerged in Atlanta’s tough and gritty rap scene which leads to dangerous and comedic situations – and this is when the action starts.

Glover showcases his showbiz chops with crisp writing, skillful direction, and in his believable and sincere portrayal of Earn. Atlanta should also be lauded for taking chances with artistic license when presenting sight gags such as an African American Justin Beiber and an invisible car while simultaneously and adeptly commenting on race relations, police brutality, social media, and other topical issues.

If you a fan of the sublime and surreal, this is the program for you. Chances are you will be quickly hooked, rooting for Earn, Vanessa, Alfred and (especially) Darius and anxious to know why and under what circumstances Earn left Princeton.

Season one of Atlanta is available on Hulu and season two, Atlanta: Robbin’ Season premieres tonight on FX at 10pm.