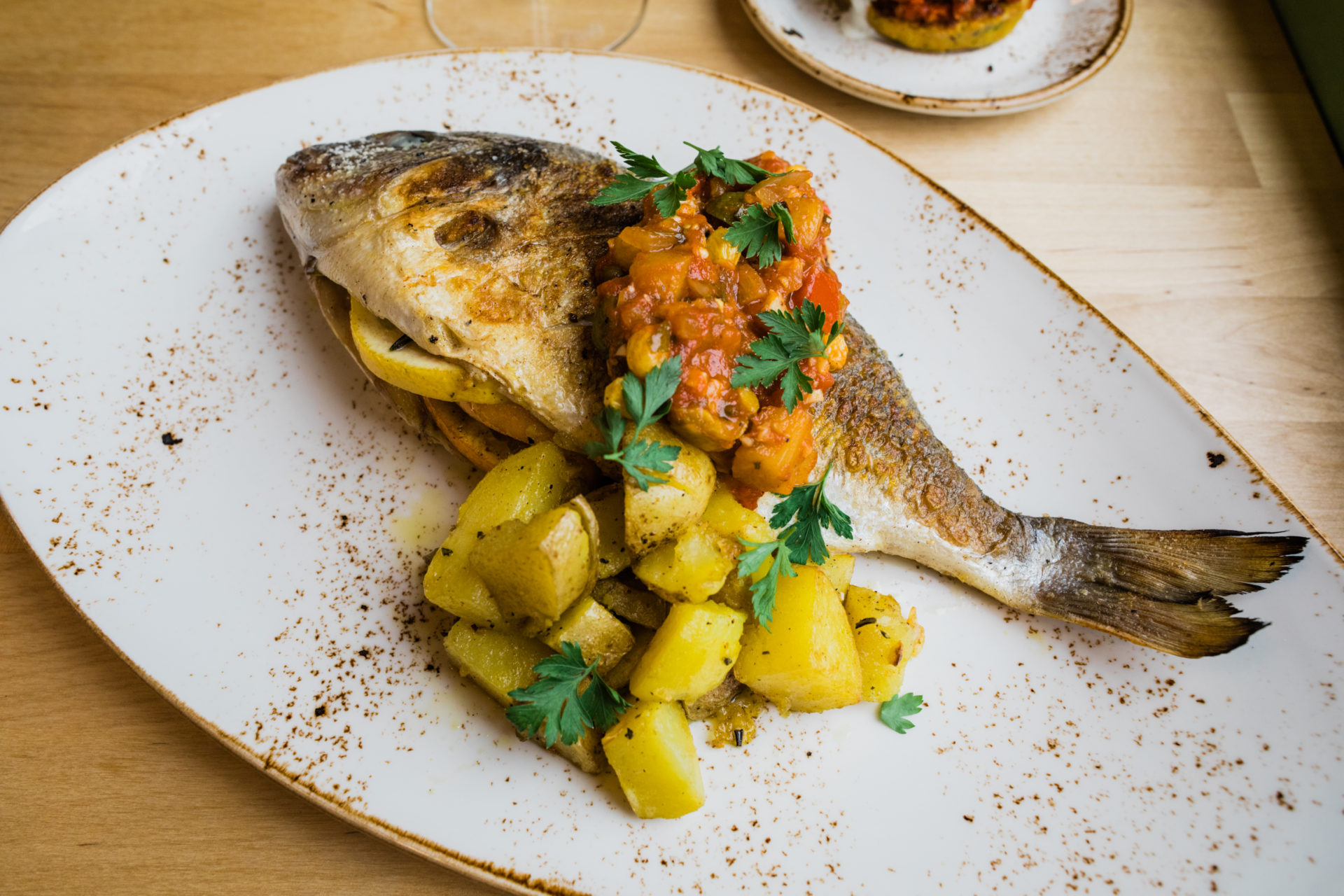 The Short North, as most are aware, is exploding with new development. Even restaurants that fold on Columbus’s strip hardly manage to shut their doors before a new staff rolls in and starts pouring waters.

It’s nice, then, when new spots crop up outside of the city’s social center. Watershed did it. The Light of Seven Matchsticks, too. And of course there are and always have been diamonds in the various roughs.

But for as self-contained as Upper Arlington is, there have been surprisingly few quality dining options to be found within its walls. You’ll find obligatory Old Bucket of Sports Pubs, and more than a couple chain-y eateries have recently set root in the area.

Lupo, though, is of a different cloth.

A wolf amongst sheep, you might say. Tucked into a sleepy corner of very mild commerce (a yoga studio, a flower shop—you get the idea), around the bend from a middle school, is Lupo: a sleek, adventurous new restaurant that brings to the glittering spires of UA a taste of the outside world. 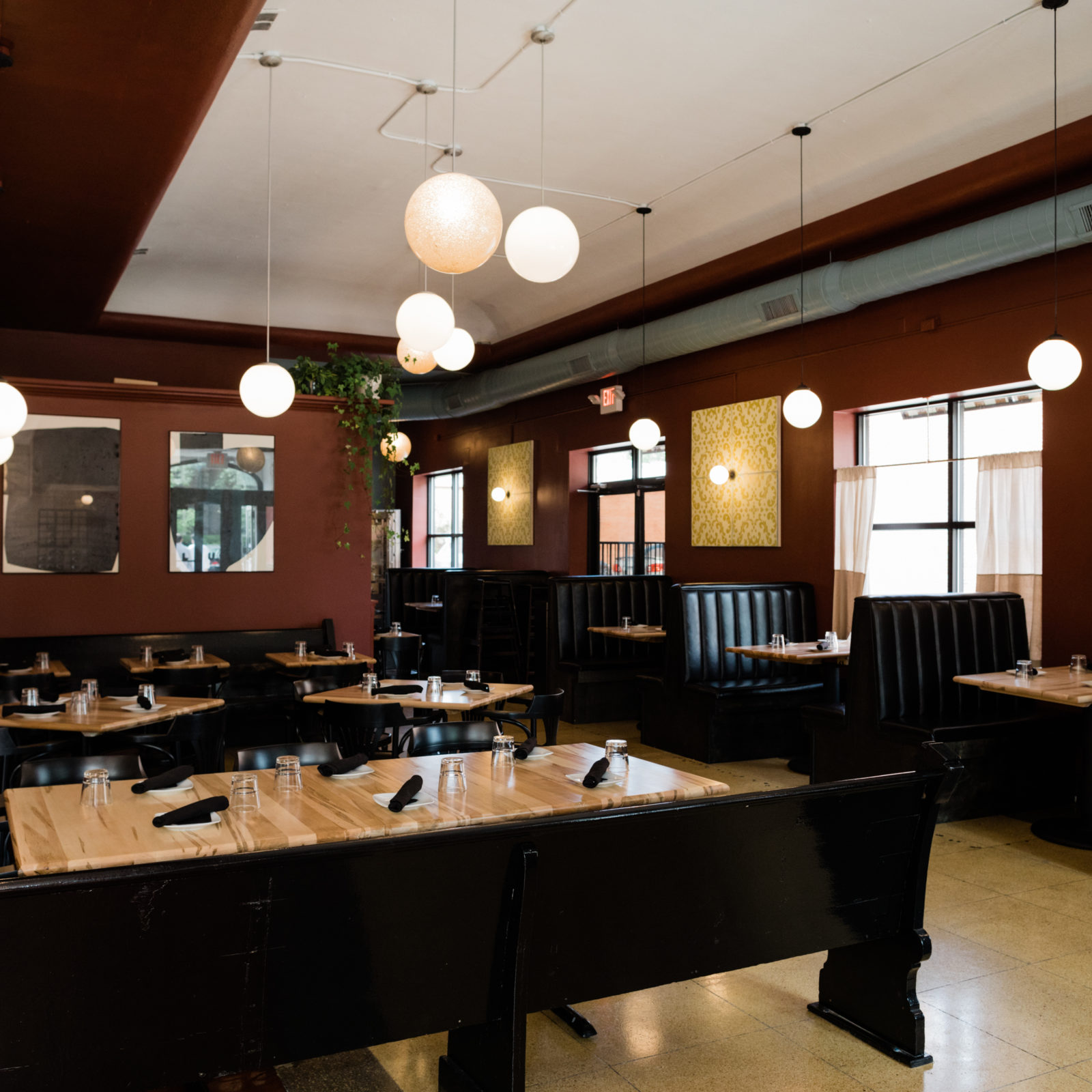 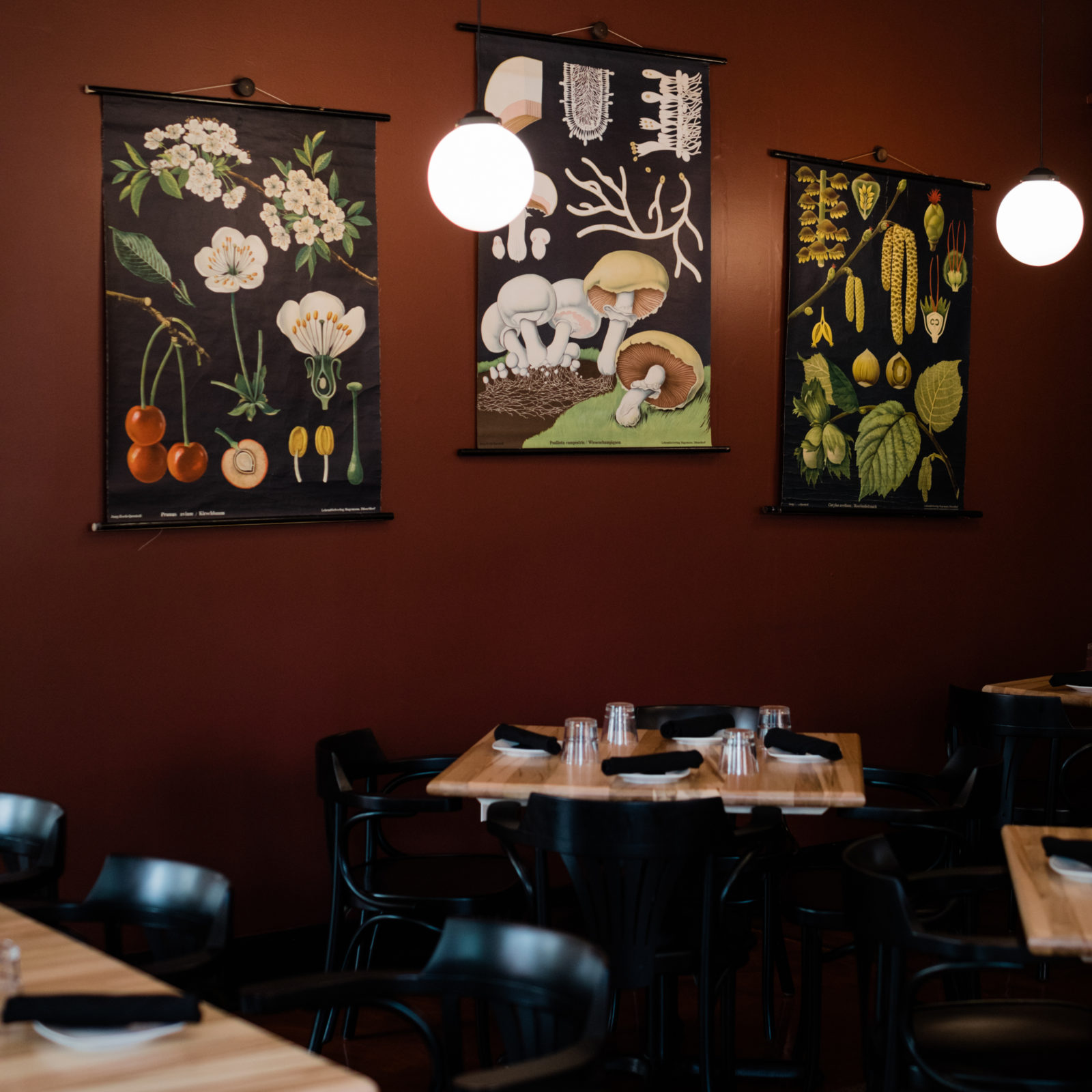 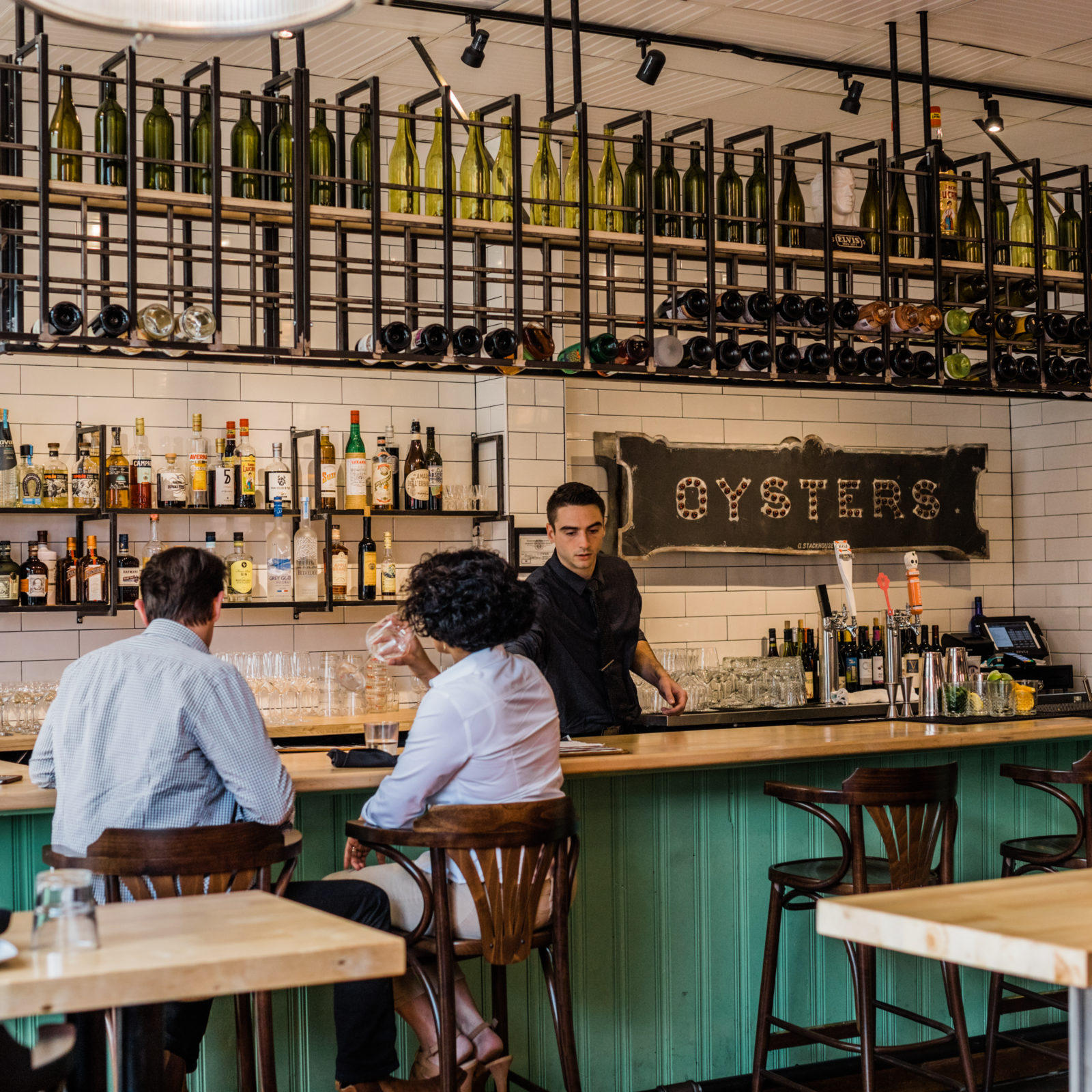 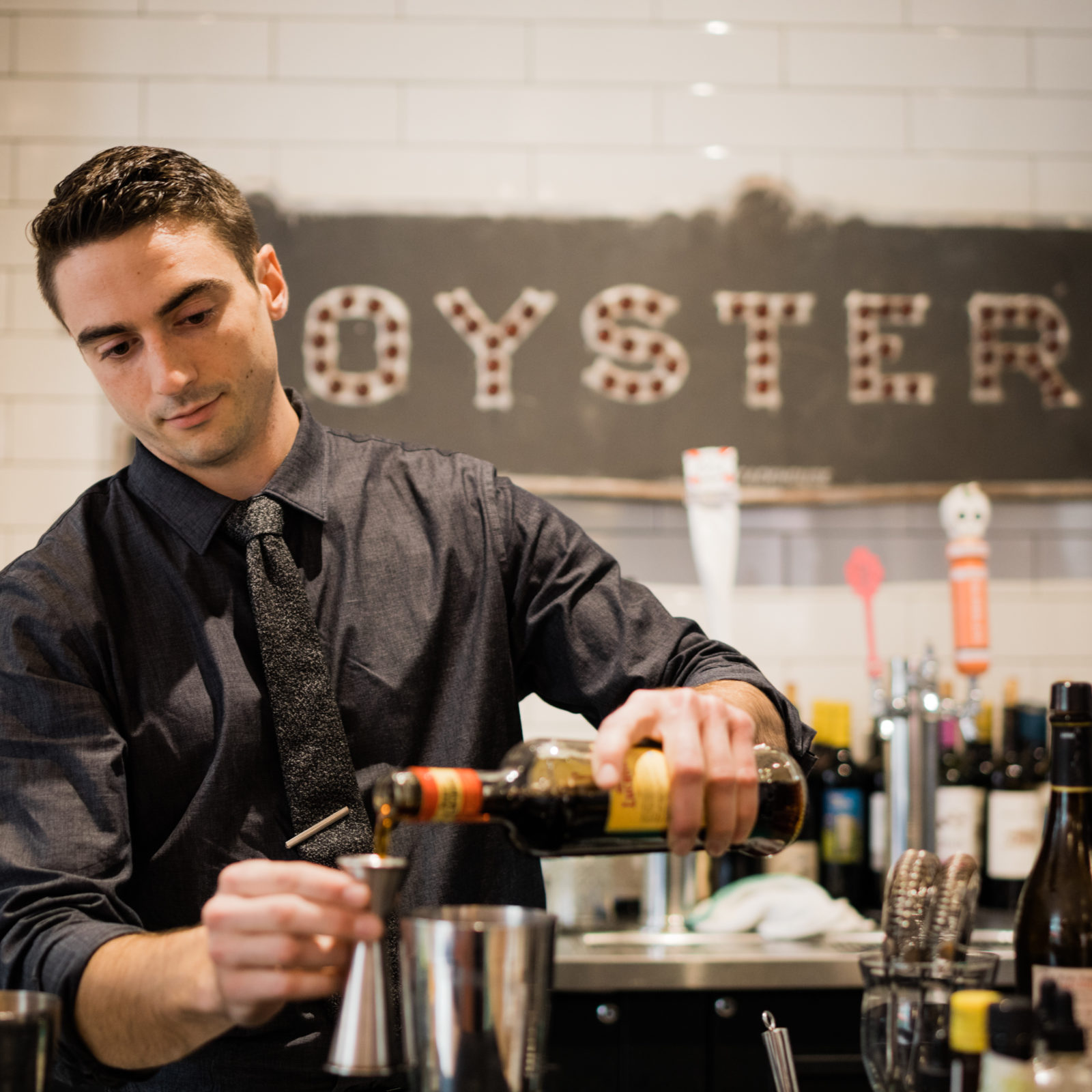 It’s not the first restaurant to occupy this former bank. (Note to self: promote the conversion of banks into other things like restaurants and art galleries, as this will almost certainly make the world a better place.)

But it is the first restaurant in the neighborhood to make a significant leap away from the safe standard fare, and I for one will be making it a point to use it as an excuse to get out of the Short North when the mood strikes. Or whenever the pedal wagons start to swarm. Or just literally whenever.

Lupo is Italian for wolf and a play on the last name of creator Rick Lopez (also the man behind the Grandview gem, La Tavola). His Latin/Italian background oozes out of this place, with dishes highlighting flavors from just about every corner of the Mediterranean.

I was treated to four dishes. The first was a traditional Spanish appetizer: gambas al ajillo. Three big, bouncy, butterflied prawns arrived in a golden pool of garlicky butter, laced with Calabrian chili peppers and a (crucial) shot of sherry. The shrimp were cooked firm without going over, and the heat from the peppers was just right. At $14, you’re paying for flavor and execution, not volume. (As it should be.) 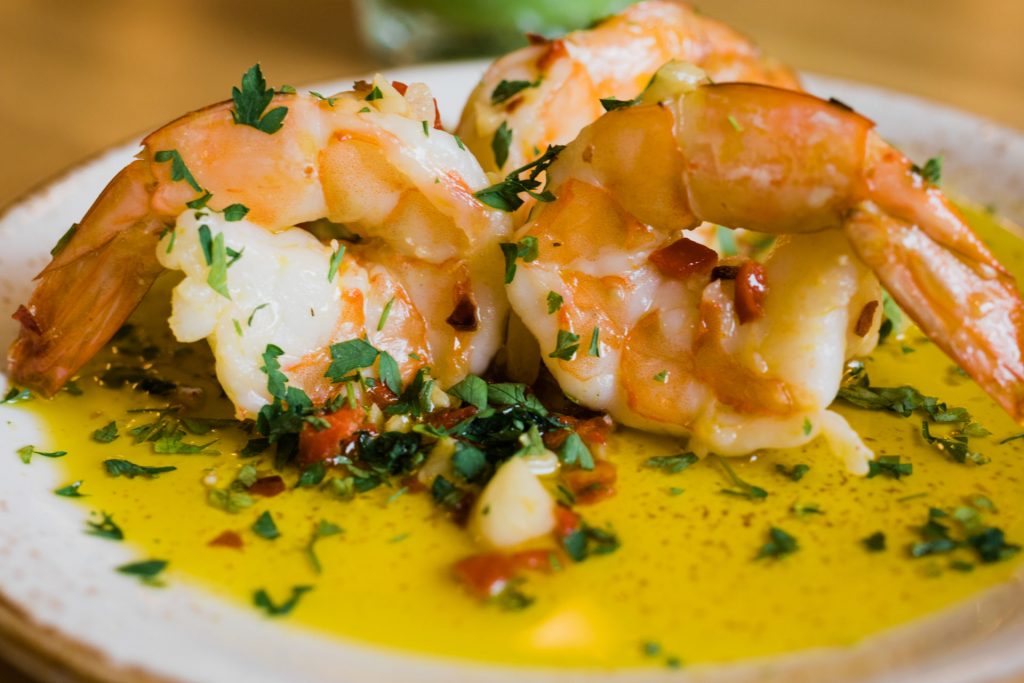 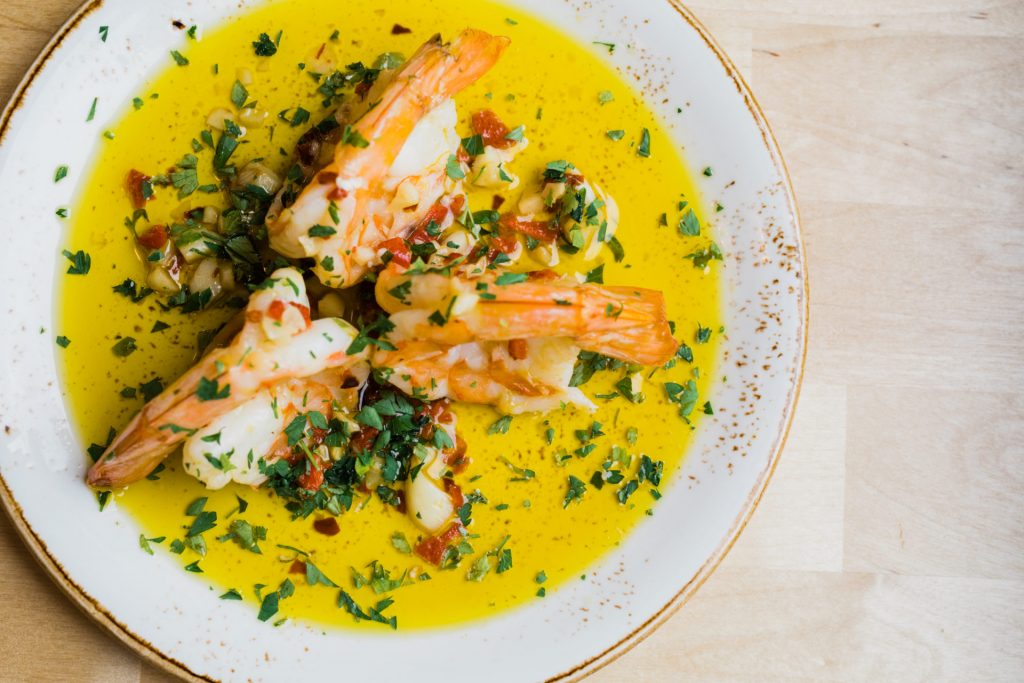 Next came another tapas staple: fritto misto. Anyone who goes to sports bars and orders the calamari should have a pillowcase thrown over her head and be transported unwillingly via a windowless panel van to a place like Lupo that does fried seafood the right way.

First of all, they get their product from Coastal Local, a premier purveyor of (actual) fresh seafood. Next, the semolina/egg white batter is made specifically to not bog the fish flesh down. The scallops were on point, and the shrimp and squid held their own. A few key veggies provided contrast while the ramp-infused vinegar gave everything a welcome tang.

The star of the show (and a special at the time of tasting, so don’t get mad if they don’t have it when you go) was the dorade à la plancha. A whole sea bream came stuffed with citrus and herbs and backed up solidly by a sweet, bright eggplant jam and a sensible pile of bravas-style fried fingerlings. 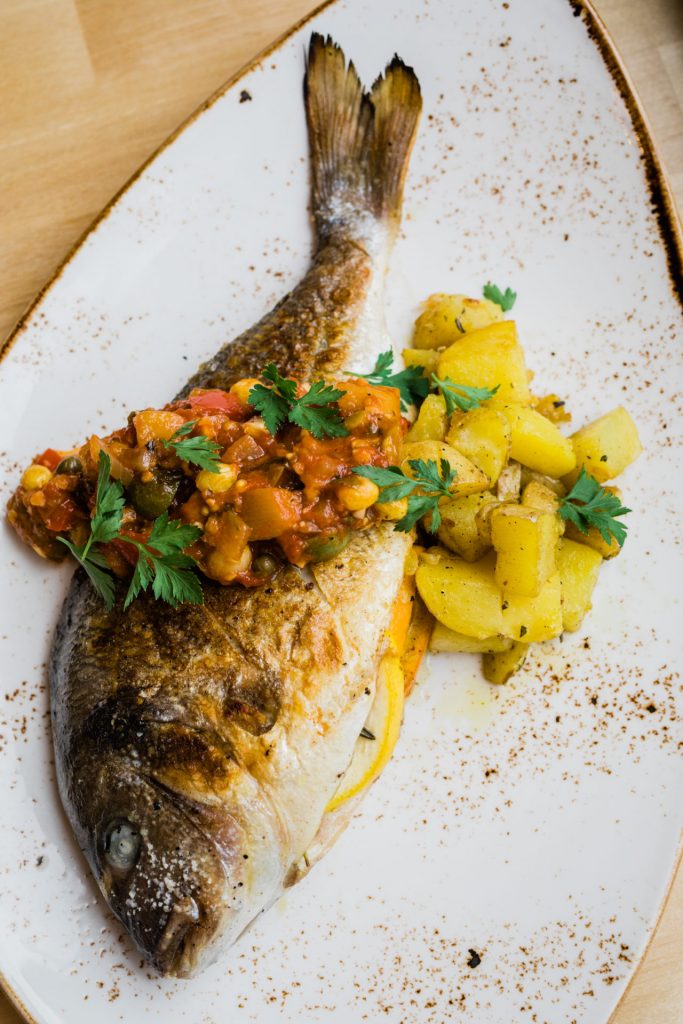 Pro tip to enjoying whole fish: be your own monger and de-bone before you dive in. What’s more, you’ll do well to start at the tail and lift the whole spine off to reveal the gleaming, max-moist, buried-treasure-bottom half of the fish.

Finally, a king-sized lamb meatball, tender as they come and accompanied by a nod to northern Africa and beyond—harissa pepper jam, creamy falafel, dill yogurt, and perfectly pickled onions. At just nine bucks, this is a must for your meat course.

There are cheap-but-punchy pintxo skewers and croquetas, all the way up to mic-dropper show-stoppers like the two-pound braised pork shoulder and 60-day dry-aged ribeye. It is a quality menu. 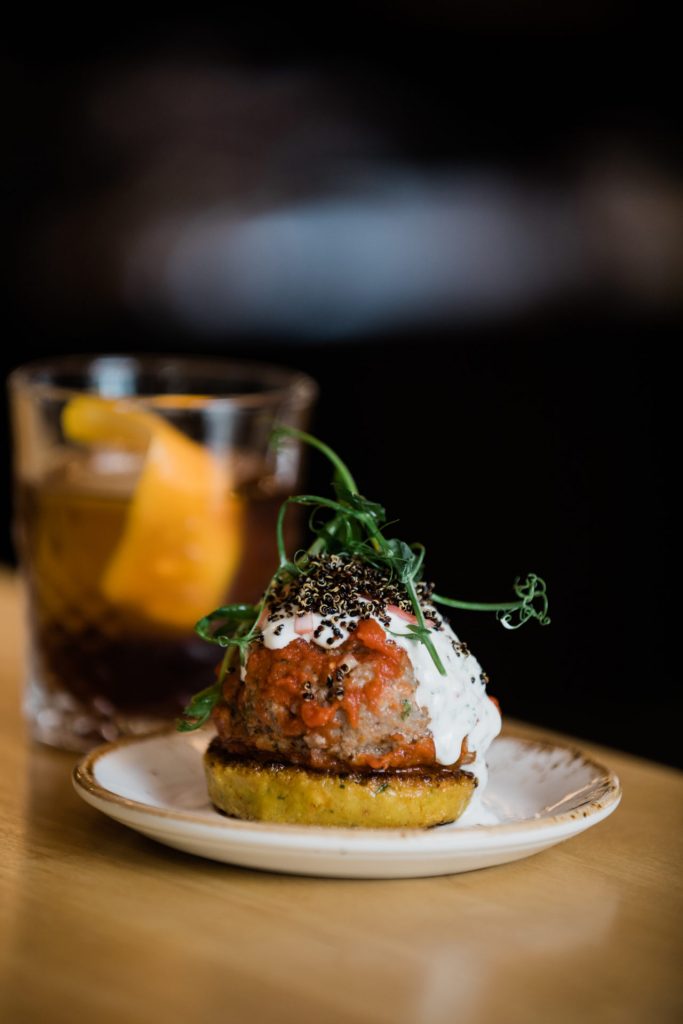 Executive chef Todd Elder comes by this cuisine honestly. His eight years at Barcelona and significant tenure under Lopez at the aforementioned La Tavola have given him serious Spanish chops, but he is shooting for versatility with this menu as well.

“We want to give people a taste of something they might not have had before,” Elder said. “The best part is that all we have to do is get quality ingredients and let them shine.”

Bar manager Tatiana Khawaja is of the same mind, keeping “nothing American” in her wine list to encourage people to branch out. The cocktail program is far-reaching and features (as any good tapas bar should) lower ABV cocktails and aperitifs to properly enhance the dining experience. 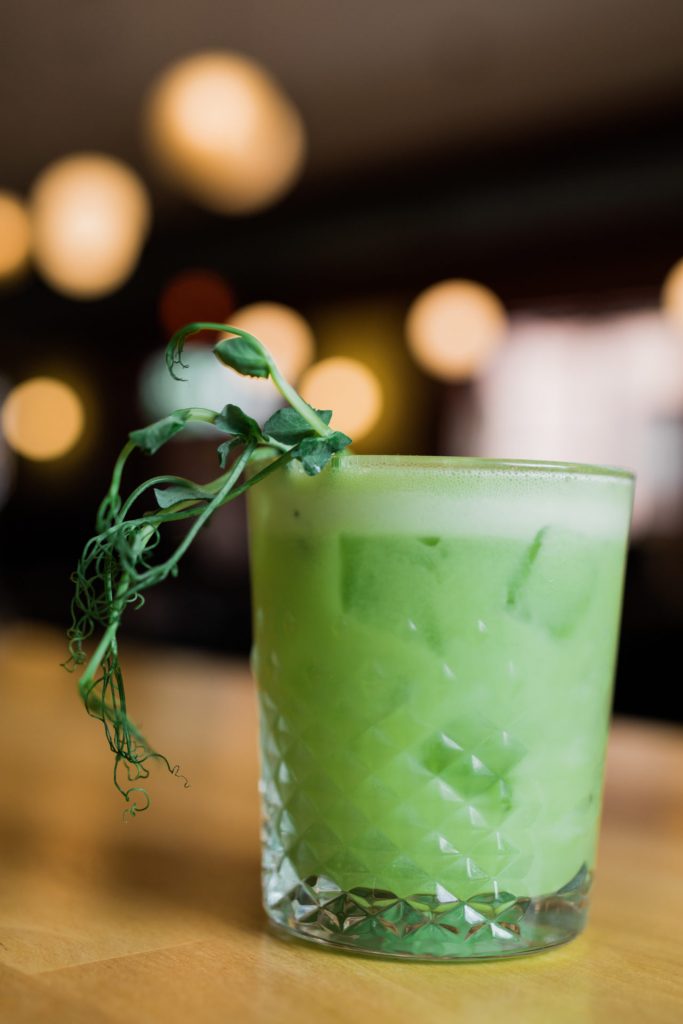 As Columbus continues to grow, its satellite boroughs will do well to engender projects like Lupo. Whether it’s too edgy for the UA set remains to be seen.

I will be seen there no matter what.